When Video Matthew, Brendy (RPS in peace) and I discussed the very first Cyberpunk 2077 demo, way back in 2018, Brendy made fun of Matthew and I for being suits. We said we'd be interested in finishing the game, a massive first-person sci-fi RPG from the people who brought you The Witcher 3, as a big corporate sellout.

Well, the joke is very much on Brendy, a) because he broke his collarbone and I bet corpo money would be able to buy you a cyber-collarbone that turns into a gun, and b) because CD Projekt have revealed all three of the "lifepaths" available in Cyberpunk 2077. And, like, obviously the corpo V is the coolest one? Sorry, I don't make the rules, we are all sellouts now.

The other two lifepaths are Street Kid and Nomad. When you create your version of V, the game's protagonist, you choose one of these lifepaths to play through in a sort of prologue to the main game, and each of these has a different story and location. Gotta get that sweet, sweet replayability, right? 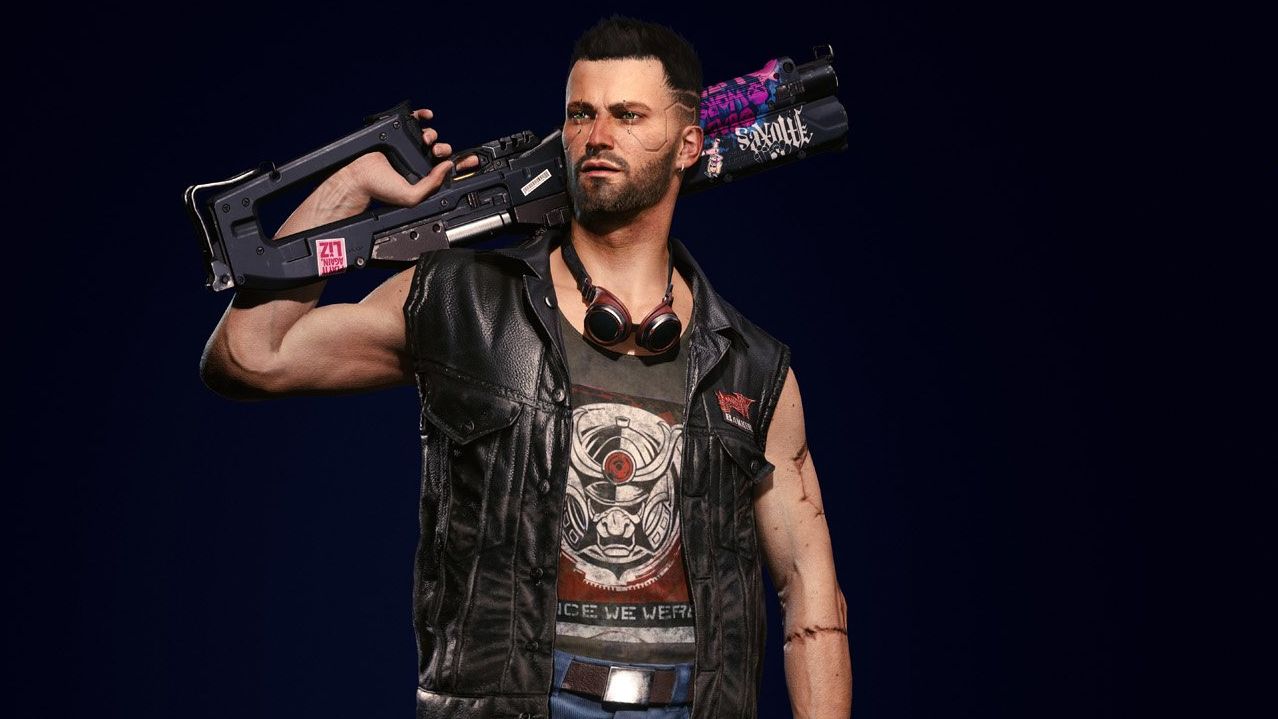 Normally I'd be drawn to the Nomad, who has "honesty, integrity, and a love of freedom", as well as massive fucking guns. Generally in games I go with a "DAMN THE MAN!" attitude, and the cool biker vibe of the Nomad combines that with not being a dickhead. The Nomads are a gang in the Badlands, the seventh district in the game that isn't so much a district of Night City as it is the desert around Night City. You can see more of the Badlands in the first Night City Wire, but it basically sounds like Mad Max, and I'm up for that.

I don't have anything against the Street Kid V necessarily, but they have much smaller guns and a sword. This origin will likely start in one of the inner city districts like Heywood, although we don't know that yet.

But look, we all know smoking is cool, and only one lifepath example has a cigarette. Yeah, that's right, Corpo V.

Alright, I can see you need more convincing. I think Cyberpunk looked most interesting when it wasn't a shooter, and it seems to me that Corpo V will offer the most interesting non-combat options for getting shit done. The tweet about that lifepath says "you've bent the rules, exploited secrets and weaponized information", which is just objectively more badass-sounding than "you have a motorbike and a gun".

Plus, in cyberpunk (lower case c) themed games, the corpos are always the baddies, and I think it'd be interesting either bringing down the suits from the inside, or just full on committing to being a corporate asshole. The thing about games is that most of the time, even though we're presented with a risk free way of being evil, we don't take that opportunity. We still empathise with the characters and want to do, generally, the right thing. I will be genuinely impressed if Cyberpunk 2077 makes being an actual, honest to goodness corporate stooge an attractive proposition.

What if doing the right thing was difficult? What if Corpo V gets to swan about in that cool club that looks like a golf course fucked a robotic whale? I know it would probably take a lot of tension and drive out of the game, but what if I could ignore ghostly Keanu Reeves entirely and subvert the entire cyberpunk genre by fully selling out and spending tens of hours just climbing the corporate ladder in a nice office?

Plus come on, that suit does look really cool.