The growing genre of games like Cibele that evoke the style of old internet chat rooms to explore interpersonal relationships and teen feels is a good one. Dear Sophie picks up the tradition, describing itself as “the mid-2000s version of leafing through a stack of dusty love letters between you and your high school sweetheart.” What makes it interesting, though, is that it mostly highlights how much teenagers can suck.

If you want to avoid spoilers, you can go ahead and download the game on itch.io; it takes around 30 minutes to play through and is available for pay what you want with no minimum.

Otherwise, the game sees you logging in to the titular Sophie’s old Minty Messenger account, and recovering conversations between her and another character who is only referred to as Pills. The chat logs are replayed as if in real time, as Sophie watches their late-night talks over again.

The way that the typing notifications sometimes appear at the same time and then drop off as one person waits for the other is a delightful detail, but it’s mostly all about the writing. Early on, there are hints that Sophie and Pills’ (entirely online) relationship isn’t ideal. Though both are in high school, Pills is noticeably younger. Sophie is pedantic about their grammar, correcting them at every turn. Later, she becomes pushy, about wanting to see a picture of Pills, about wanting to talk on the phone, about wanting to meet up. 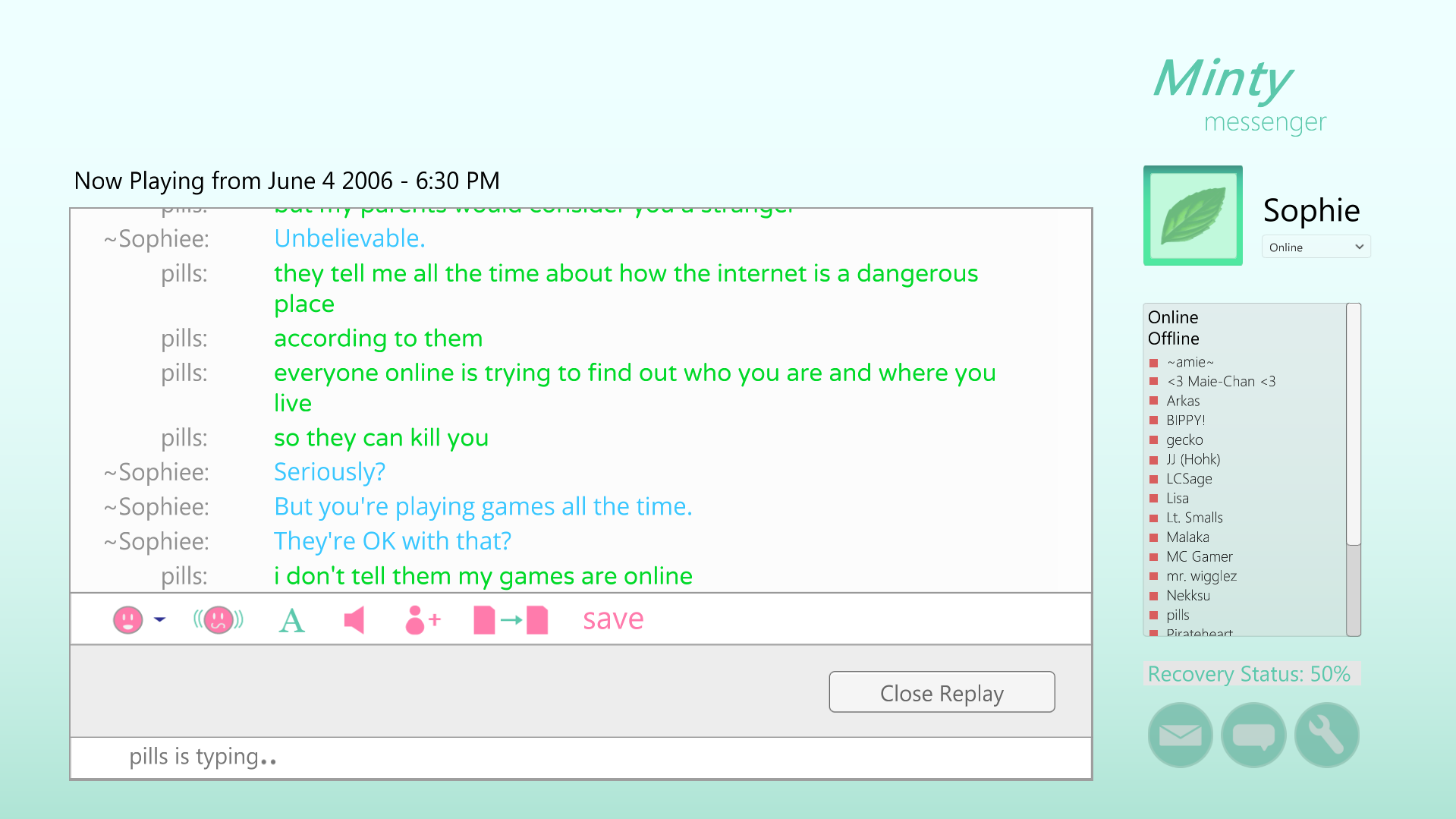 When Pills is continually reluctant, citing valid privacy concerns, Sophie decides that they need a break from one another. Then, according to the chat logs, she just leaves Minty Messenger entirely. When she returns all these years later, there are a few messages from Pills, who doesn’t seem to have gotten over her easily. It's a mess - but not necessarily because Sophie was malicious, just because she was a kid.

How she herself feels about all this after revisiting the conversations is left open to your interpretation, but to me it invoked a pleasant kind of anti-nostalgia – a reminder that everything we look back on with rose-coloured glasses probably isn’t that pretty after all, and that's okay.