XCOM's high-stakes combat and FTL's risky exploration combine with a little bit of Waterworld in HOF Studios's Depth Of Extinction, a strategic RPG with some roguelike bits released today. I've been playing a preview build of this over the past few days, and while I remain resolutely rubbish at it thanks to my eternally awful risk-management skills, I think this is well worth a peek. Below, a launch trailer and some initial thoughts on the game.

Depth Of Extinction scavenges a lot of flotsam from other games, and bodges it together into something respectably seaworthy, even if you can see the old seams. Set long after the world was flooded, a scruffy little mercenary crew discover a plot by an AI to exterminate what's left of the human race, so it's off on a multi-stage quest to avert another apocalypse, because the first was bad enough. The world is already full of murderous androids, creepy cultists and obligatory leather-clad raiders, so the odds aren't looking too great for humanity here.

Strategically, it's structured a lot like FTL, but more open. You're not constantly being pursued by an enemy force, and get to pick between side and main missions from a board between sorties.  Once you're on a mission, navigation is immediately familiar stuff for FTL fans, with you spending fuel and picking your way across a series of map nodes en route to your final objective. Some nodes contain enemies, others treasure, some have shops and a lot pose potentially dangerous choices to make.

Once you bump into enemies, it all goes a bit XCOM. Most of Depth Of Extinction's combat is lifted from Firaxis's strategy reboot, with levelling taken from Harebrained Schemes' recent Shadowrun trilogy. Hard cover is life, you're always outnumbered and enemy fire hurts a lot, although you can progress through the modular, randomly generated tactical maps mostly at your own pace. Unlike XCOM, your crew fully heal after fights, and those downed in combat can be revived with a single hit point if you have the right gear. 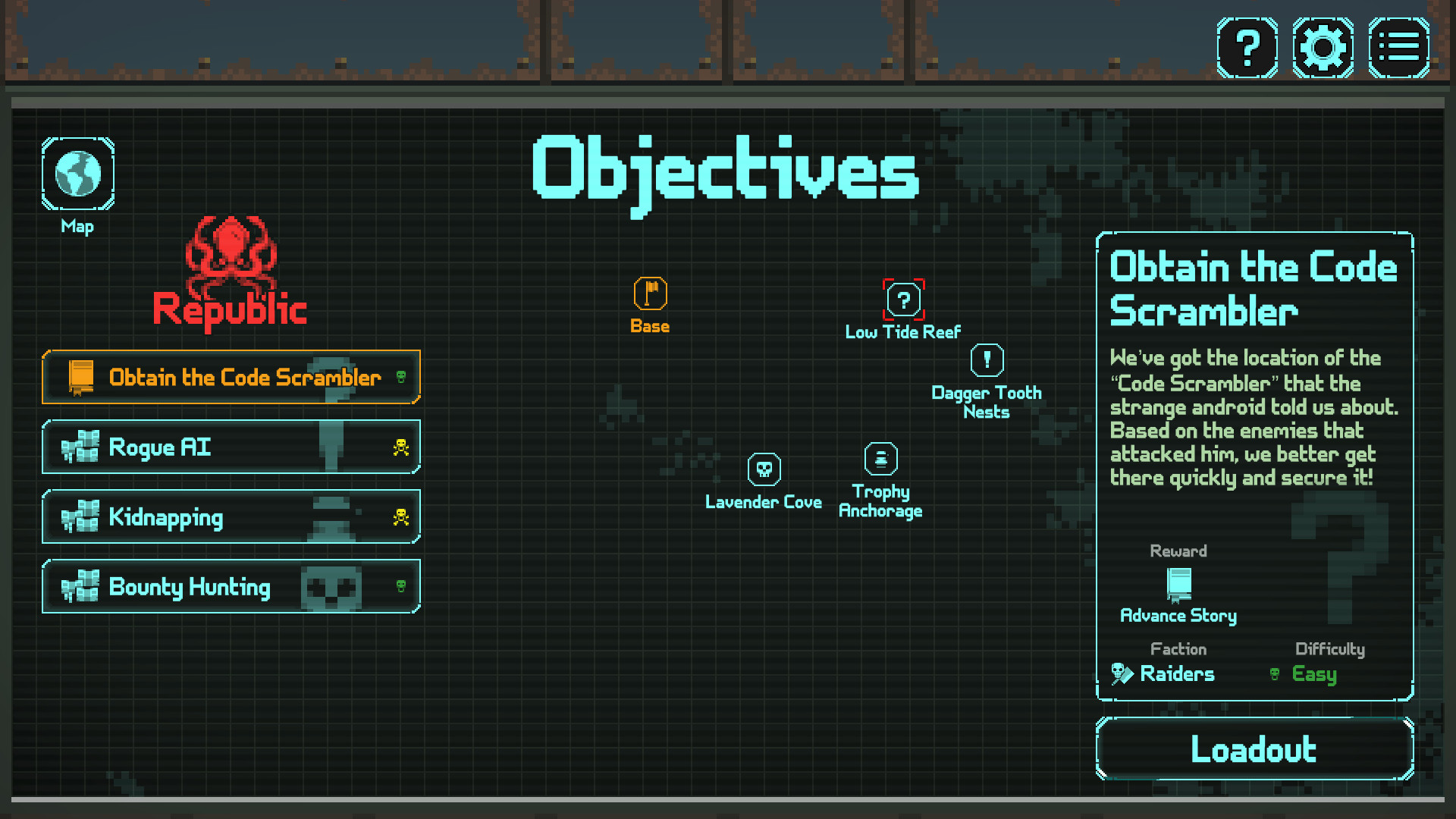 Despite this concession it's still surprisingly easy to take losses and a full squad wipe scrubs the mission, forcing you to draft new rookies, replace lost gear and fill extra squad slots with expensive mercenaries. You don't lose story progress on a wipe - it's not a full roguelike - but it will take time and money to recoup losses, and anything more than a single merc dying (they leave your squad after a mission anyway) can sting. I nearly gave up when I lost my favourite fully geared-up Wrecker (a class that causes cover to violently explode by shooting it) but perseverance is key.

There's a few rough patches to Depth Of Extinction that I've noticed so far. While mostly decent, some of the squad voices (which I've not noticed a way to change) are a little bit awkward. Also a few typos and grammatical errors in the script, especially when it's trying to wrangle faction names into references to singular characters. I've found that I sometimes need to wiggle the mouse a little to target exactly the right floor tile to move to when it's surrounded by cover, too. These are just nitpicks though, and I hope to dive deeper into the game this weekend. 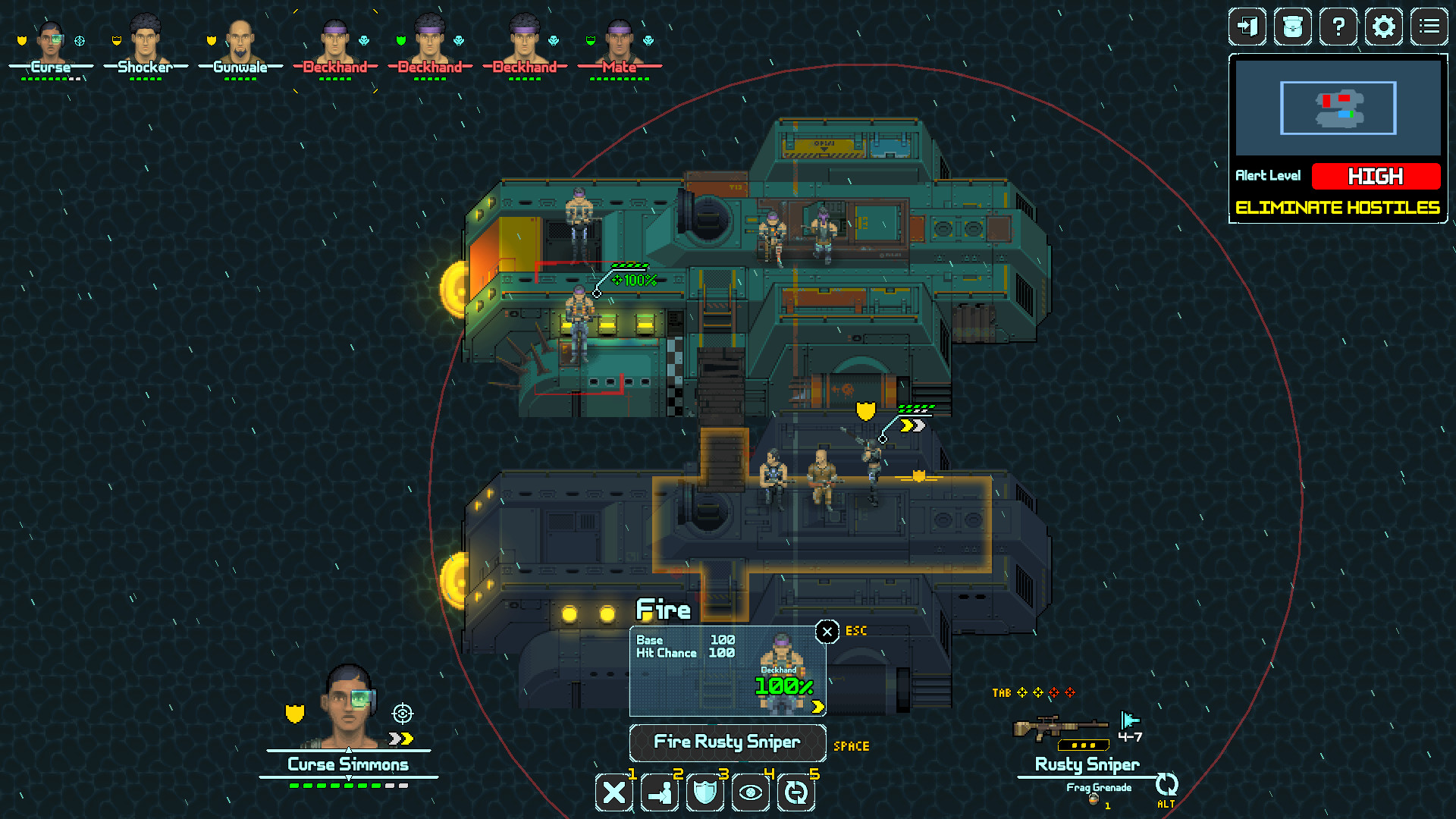