Few realised at the time, but last January we witnessed the birth of a genre. Dota Auto Chess shot to the top of Dota 2's custom games, enticing MOBA players with wizarding army management. The big names took notice. By June we had Riot's Teamfight Tactics and Valve's Dota Underlords, squaring off against each other. An unknown number of millions flocked to TFT, while Dunderlords hit 200,000 peak concurrent players.

Six months later, Teamfight Tactics seems relatively stable, while Dota Underlords is dropping fast. We normally don't pay player numbers much heed, but given autobattlers were last year's big new genre and Dota and League Of Legends are both long-term titans, it's hard not to ask the question: how come?

The first, obvious, consideration is that TFT lives inside the League Of Legends launcher. Riot don't regularly reveal their player numbers, but we do know that League had around 8 million peak concurrent players each day in August. That figure was up 30% from the June prior, when Teamfight Tactics launched. Riot are at a clear advantage, since they can wave TFT in the faces of so many people who are already invested in the game it's based on.

Dota Underlords can likewise steer Dota 2 players towards Underlords, but Dota's peak player count for August was a mere 826,000. There's also the fact that Dota Underlords needs to be launched separately to Dota 2, though that's partly offset by Valve being able to advertise the game to everyone who uses Steam. Popularity begets popularity, but that's not where the story ends.

You can look at Dota Underlords' declining figures via Steam Charts, but with Riot being coy about their numbers, the best measure of popularity becomes Twitch viewers. Take a look at the respective charts for Teamfight Tactics and Dota Underlords, pinched from analytics site SullyGnome. 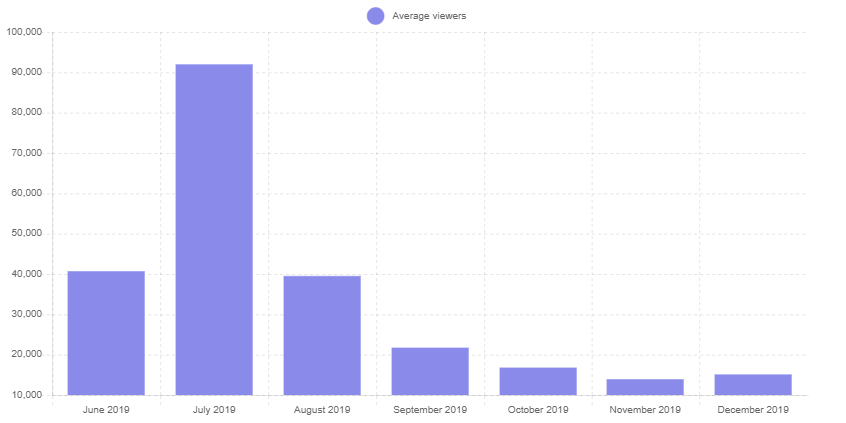 It's important to bear in mind that these aren't actual player numbers, in particular because viewership is warped by tournaments. The first TFT Twitch Rivals tournament, for instance, explains Teamfight Tactics's viewer leap from June to July. It's also possible for a game to be more fun to continue playing than it is to continue watching, so viewing figures don't always neatly correspond to players. Nevertheless, as a comparison, these paint a pretty clear picture between the two games.

From these, it looks right now as if the autobattler genre can't sustain ridiculous player numbers in the long-term. We're not seeing a repeat of the battle royale craze kicked off by Playerunknown's Battlegrounds in 2017, which grew for months before it started dwindling, and at a much slower rate.

Conceptually, autobattlers are a tougher sell than last-man-standing murderfests. It helps that battle royales are better poised to tug in entire friendship groups, each person caving as they see their pals larking around together in-game. More importantly, though, autobattlers are structured around the creeping satisfaction of puzzle-solving rather than the exhilaration of a hunt. Making it to the last few survivors in Plunkbat creates a high I chased for years, while Dunderlords and TFT can only offer a less-consuming, cerebral sort of pleasure. The fun comes from working out what you need to do, rather than heart-thumping execution. Once you've figured out which rules to follow, continuing to follow those rules gives diminishing returns. 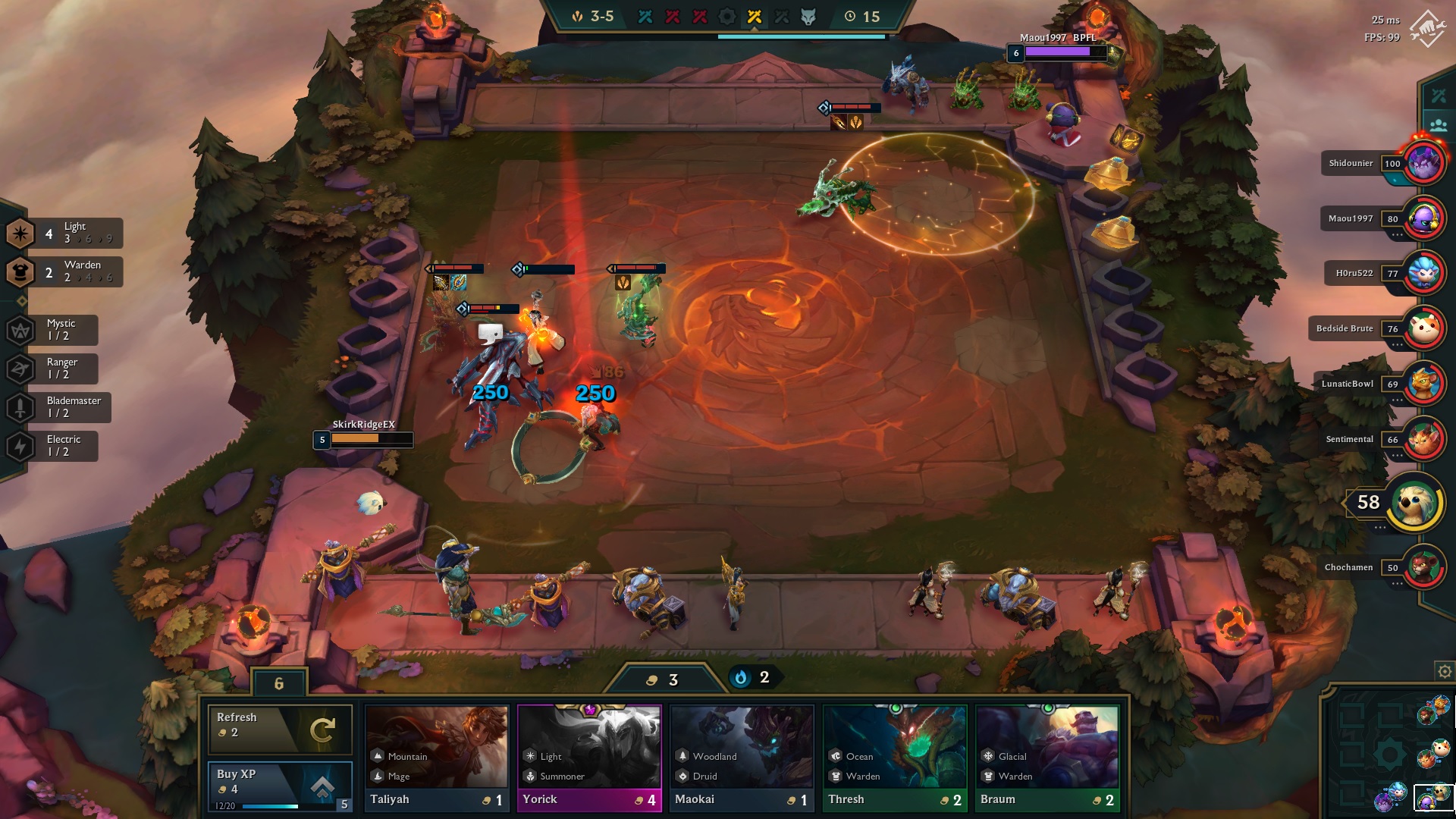 Let's follow that last thought into a second takeaway from the numbers: it looks as if Teamfight Tactics has done a better job of retaining players. I reckon it's because the puzzle runs deeper, mostly thanks to how it handles items.

There are nine base items in TFT, and those can all be combined with each other. That gives you 45 possibilities to play with, and learning which items work well with which heroes is vital. Considerations bound outwards. Do you save that Needlessly Large Rod in the hopes of combining it into a Locket of the Iron Silvani? Can you afford to commit items to your low-tier champions, rather than waiting for a late-game one? You can't remove items from champions without selling that champion, raising the stakes around each decision.

They have more interesting effects than their Dunderlord equivalents, too. There's an item that heals friendly units when its wearer dies, one that doubles attack range, one that makes you immune to debuffs. You form strategies around each champion, paying attention to their role and specific ability. It's so much more involved. 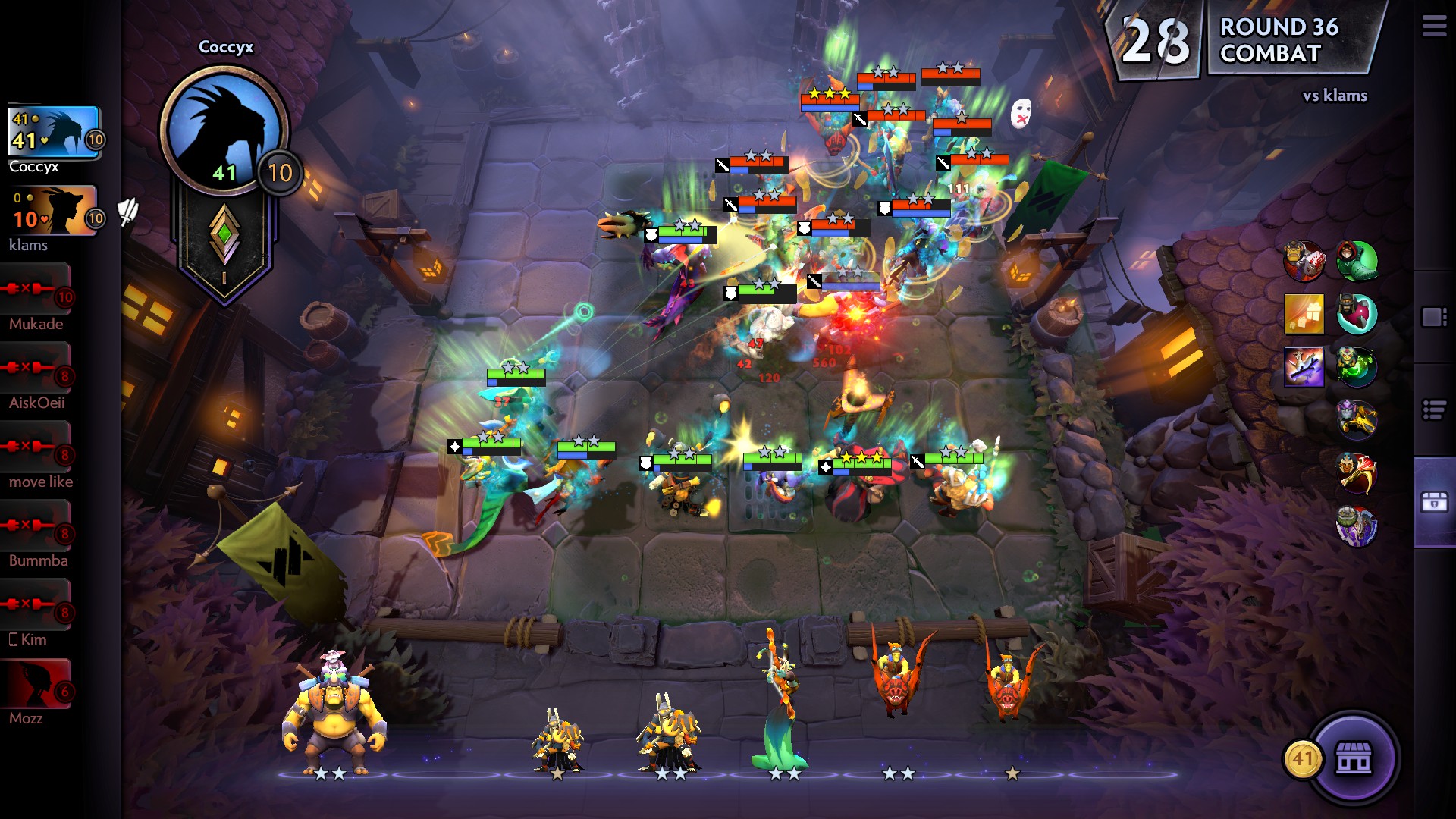 Whether you can get your mitts on good items is still largely down to luck, but it's a better interplay of chance and agency than Dota Underlords. Dunderlords has items, but the high-tier ones are less impactful, and low-level items swiftly become irrelevant. There's no clever combination, and few opportunities to feel like you've outsmarted your opponents rather than outlucked them. What's more, TFT has items that change a champion's Origin, meaning item choices ripple out into the buffs you get for fielding heroes of the same type.

The best autobattler players are the most flexible ones, and the best autobattler is the one that lets you be the most flexible. I've previously described autobattlers as about coaxing the best results from a slot machine that wants to eat you. They're driven by chance, and success lies in seizing every opportunity to manipulate the odds in your favour. TFT gives you a firmer hand on a bigger steering wheel, and avoids repeatedly driving down the same paths. 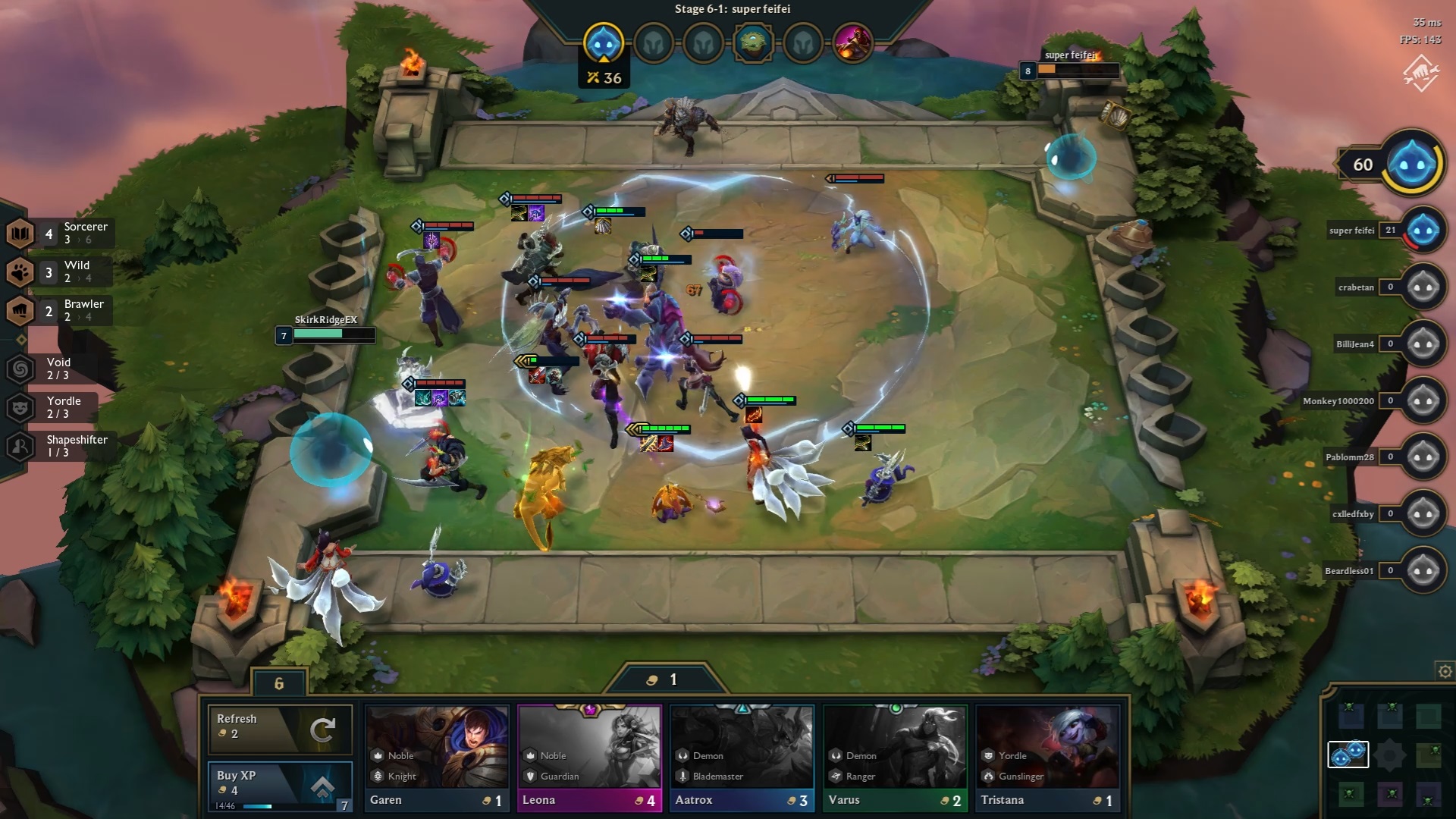 Were I a betting man, I'd wager Teamfight Tactics will be the only autobattler still going in a couple of years. I reckon we'll come to see autobattlers less as a genre, and more as 'that game that's attached to League Of Legends.'