EGX Rezzed, the game show run by our corporate siblings (with our help!), is now mere weeks away and today they confirmed the lineup of Rezzed Sessions. All sorts of games industry people will take the stage in London on March 26-28 to discuss topics including level design, game music, game fashion, getting jobs, and Jason Statham, with the odd podcast or two thrown in too. Our own Alice Bee, Nate, and Imogen will all be joining some sessions, and Nate's even managed to summon his old mate, Ghoastus. Read on for more details and the full schedule of 2020's Rezzed Sessions.

12:30 Thursday - How not to pitch: tips from a commissioning editor

Alice Bell, professional word baller and deputy editor of Rock Paper Shotgun, does a lot of commissioning and deals with a lot of freelance pitches. Join her as she takes you through exactly what not to do when you pitch an article, with helpful examples. Help yourself and help her - by not making these mistakes ever again!

From new social media platforms like TikTok creating new opportunities, subscriptions models like Game Pass changing how games are sold and a new console generation on the doorstep - the way indie games are promoted and sold is changing drastically in 2020. On this panel indie marketing experts will discuss what new marketing and PR trends are working right now and what trends are expected to shape the future of games promotion.

14:30 Thursday - Finding your people: the importance of industry peers

A diverse panel of developers and journalists with experience from Little Big Planet, Knights & Bikes, Murder By Numbers and more discuss the importance of peer groups in and around the games industry. The panelists will cover what makes a good community, tips on finding peers for personal and professional support, and offer advice on working abroad.

How do you make a god game controlled with bongos? How do you make a 1v1 fighter with no visual or audio elements? In this panel, RPS reviews editor Nate Crowley poses fiendish design challenges like these to a panel of increasingly baffled developers, using randomised prompts to shape parameters for the games they must work together to invent on the spot. Will their combined ingenuity be enough to satisfy the whims of the crowd?

16:30 Thursday - Getting into games journalism

Eurogamer's Wesley Yin-Poole, Tom Phillips and Emma Kent, plus Rock Paper Shotgun's Imogen Beckhelling, talk and take questions about the craft of games journalism and how to make a career of it - including details of the Eurogamer Summer Internship. 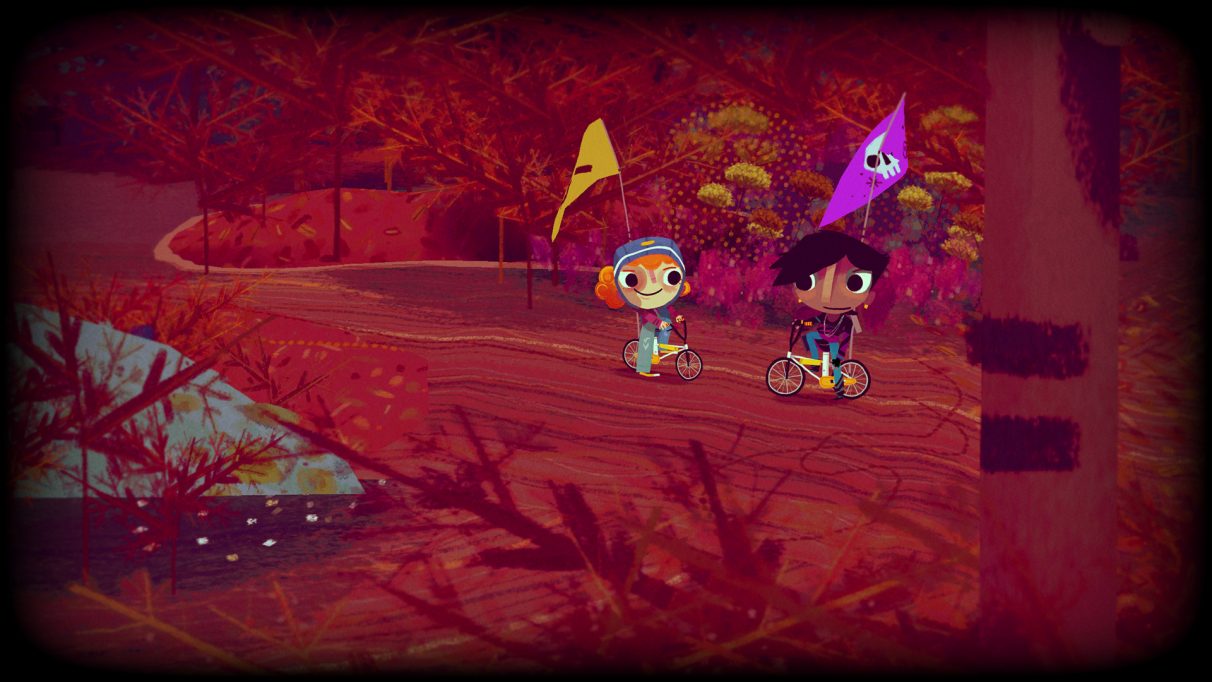 11:30 Friday - How to be a successful freelance journalist

A group of freelancers give an account of their own careers in games journalism, including tips for those who want to break into the industry, how to find work via social media, and advice on the pitfalls to avoid.

JD Kelly has been a voice actor for over 10 years, putting his voice in games both large and small. In this talk, he'll offer a beginners guide to voice acting in video games, from how to look after your voice and improve your technique, what tech to get when you're starting out, tips on finding jobs and more.

Developing an indie game is always an interesting process with lots of tough decisions along the way. But how much should nostalgia play into key decision-making? Rodrigo Braz Monteiro, Lead Programmer and a member of the Game Design team on Wargroove, gives a glimpse into the development and design choices of award-winning indie strategy title, Wargroove.

Aoife Wilson and Julia Hardy present This Game Changed My Life, a brand new BBC podcast about true stories and video games. We share some of the amazing stories that we’ve come across while recording the show and ask the audience about the games that have changed their lives.

In this thrilling game show, a genuine Roman ghost will challenge professional games artists and amateurs alike to beat him at drawing characters, box art and famous scenes from games, as suggested by the audience. The catch? The competition stipulates drawings must be done from memory, and performed freehand in MS Paint.

After a quick hiatus to wax its hooves, the RPS Electronic Wireless show is making its return live at Rezzed. And since the first episode of its glorious new undeath will be its 94th, hosts Alice, Matthew and Nate have decided to review no less than 94 PC games in the space of one hour. They won’t be allowed to prepare, they’ll be subject to the suggestions of the audience, and for this one time only, Rock Paper Shotgun will be issuing scores out of ten. Which will then be totalled at the session’s end to offer a final numerical score for all of PC gaming. 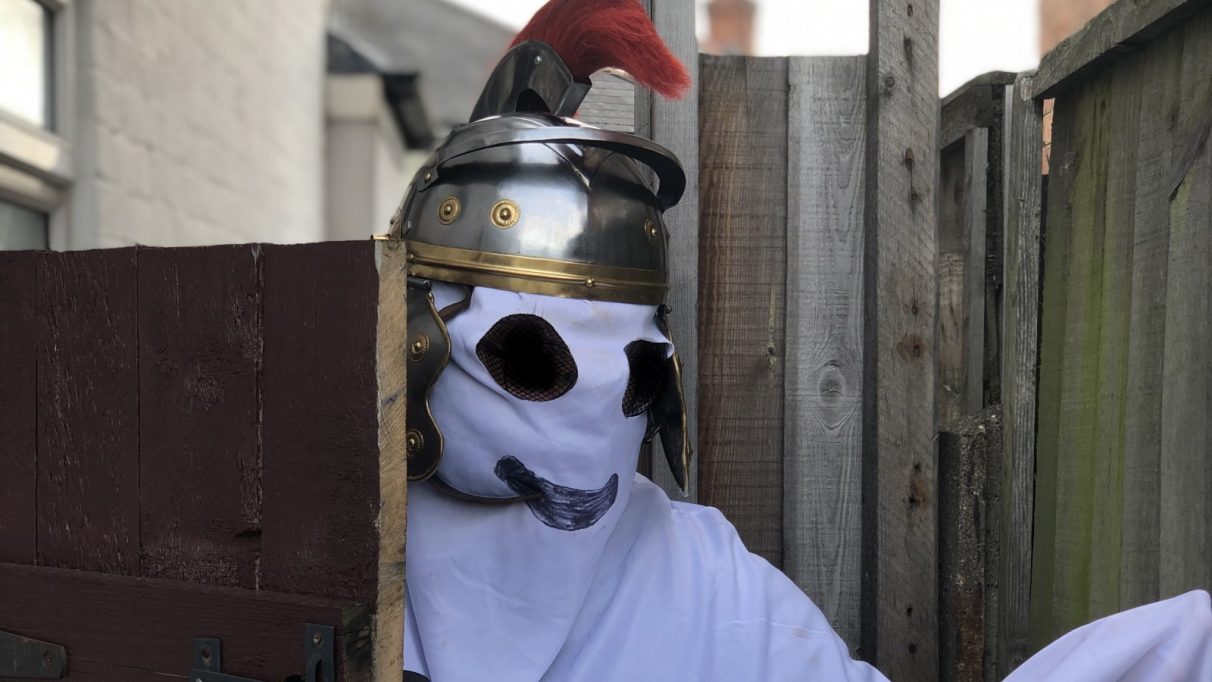 Four character-based concept artists with experience on games including Total War, Wargroove and Battletoads will discuss the importance of fashion as a resource to tell a strong and impactful narrative in games. The panellists will cover how to better represent various cultures and time periods, and how we can use broader inspirations to advance the worlds we create in videogames.

Ever wonder why, in a game, you know exactly which direction to head in? Wonder no more! In this panel, level designers and world builders from AAA to indie games including Red Dead Redemption 2, Shu, and Total War disclose the secrets of how environmental language is used to create amazing experiences in games.

13:30 Saturday - Character or Stereotype? Writing the sassy gay sidekick in Murder By Numbers

Are stereotypes necessarily a bad thing when they're accurate? And how do you tell which are valid and which aren't? Ed Fear, director and co-writer of Murder by Numbers, discusses the creation of the character K.C. LeBeau - and how he got it wrong before he got it right.

14:30 Saturday - How music helps tell the story of games we play

In this session we will be discussing videogame music and how music can help tell the story in the games we play. Joining us on the panel are; Joe from The Flight (Alien Isolation, Assassins Creed: Odyssey, Horizon Zero Dawn), Richard Jacques (Mass Effect, 007: Blood Stone, Headhunter), Nainita Desai (Telling Lies) & Gavin Harrison (Pathway, Door Kickers, Gunslugs) to discuss all this and more, with a Q & A at the end.

15:30 Saturday - RPS Presents: A Complete and True History of Jason Statham in Videogames

In this dead serious lecture, RPS reviews editor Nate will take you on a journey through forty years of videogames featuring everyone’s favourite shovel-chinned cockney bruiser, Jason Statham. From Press S for Statham to Stabyrinth and Statham: Isolation, absolutely every game featured is totally real, and the fact that Nate is also the author of a book of a fictional videogames should not cast any doubt on the veracity of this presentation. We pray that Jason himself will not attend. 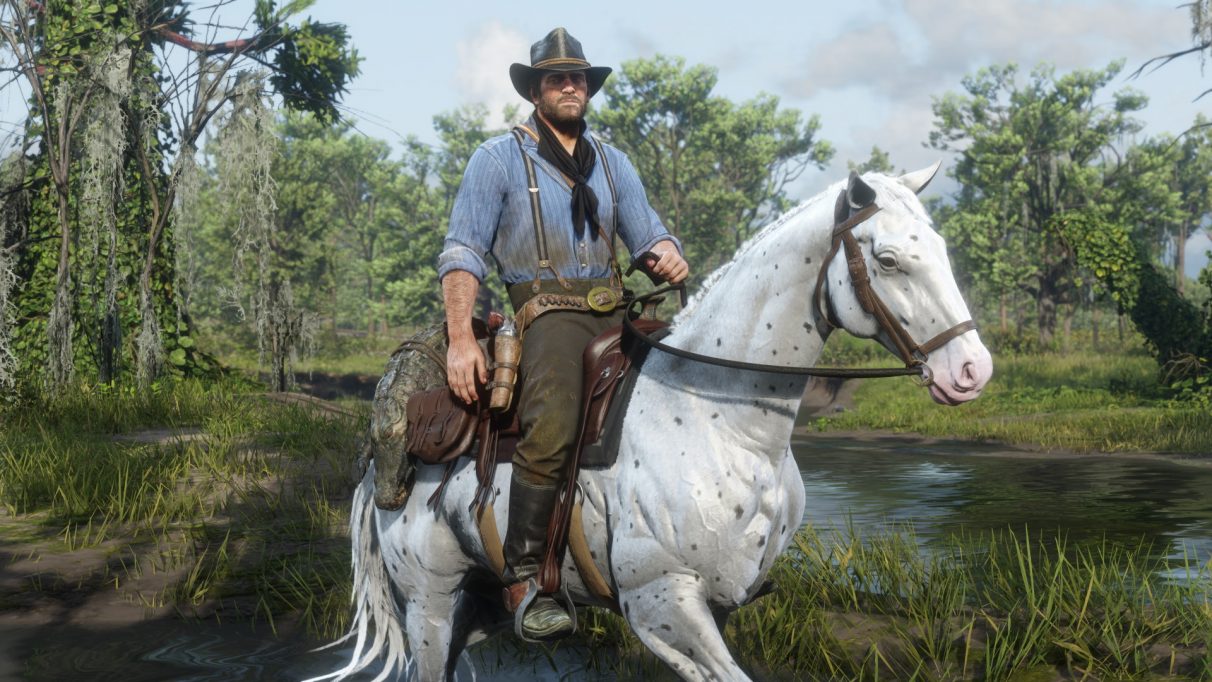 EGX Rezzed 2020 runs from Thursday, March 26th through to Saturday the 28th at London's Tobacco Dock. Tickets are still available. No word yet on what, if any, effect Covid-19 concerns might have on the show.