Oh dear. A pilot in Elite Dangerous has fallen for a cheeky prank. Commander SpeedyBebop undertook a six-hour journey to Hutton orbital (a remote space station orbiting 0.22 lightyears from its parent star) after hearing that a free Anaconda awaited anyone who travelled there. This is one of the space sim’s most expensive and powerful ships. But when he arrived, he discovered the whole thing was a ruse. There was no Anaconda. And it turns out he’s not the first one to fall for this prank - it has become a running joke among Elite’s pilots.

The trip to Hutton normally takes just over an hour. Unfortunately for this commander, internet problems meant his journey kept being interrupted. It took him a total of six hours of on-and-off flying before he eventually docked his Type-6 spacetruck. When he did, he observed that the station does not even have a shipyard, let alone a free vessel.

This “free ship” is a longstanding joke among pilots, it transpires. It’s mentioned on Reddit as far back as a year ago. Sometimes pilots brusquely correct one another, saying that the special ship at Hutton actually costs 1000 credits (still a nice discount on its usual price of 146 million). The origins of the rumour aren’t clear but at least one other person fell for the same trick last month. 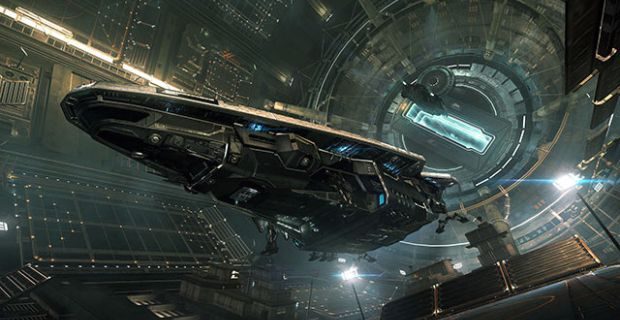 “I first heard about it as a comment... on a post talking about free ship skins,” SpeedyBebop told me, “and I assumed that if there were free ship skins, it wasn’t too much of a stretch to say maybe Frontier was giving away an Anaconda for 1000 credits in the game for Thanksgiving.”

Despite the lengthy voyage, he isn’t upset with the game’s roguish commanders. On the contrary, it has earned him some fame in the community. Somebody even made fan art of the incident.

“I’m not really annoyed (other than the time that I wasted) but the feedback I’ve gotten about sharing my story of falling for such a joke has been awesome, it has made me feel less of an idiot than when I first realized it was a joke.”

So take this cautionary tale as a friendly reminder, space friends. There’s no such thing as a free launch.