The shadow of Fallout and Fallouter still looms over RPGs despite a decade of Bethesda's mega-blockbuster 3D sequels. Similarly, Stalker continues to inspire a remake or mod or attempted successor every other month, and it's at the conference of these two phenomena that you'll find Encased: A Sci-Fi Post-Apocalyptic RPG, which entered early access last week.

I've played it for much longer than I was supposed to.

It's sort of doing both, see. A turn-based RPG with an emphasis on alternative dialogue and errand-running options, in a contained setting where factions jostle for control of an irradiated dump because it's also full of precious scientific artifacts.

It's both promising and a bit wobbly. The suspiciously shiny Cronus project recruits you to join its investigation of the Dome, a huge and semi-contained area of desert full of oddness and murder. They work on a caste system reminiscent of a lot of 70s sci-fi, and instead of a class you pick a caste and modify your stats and skills from there. Blues do all the mechanical stuff, Blacks run security, Silvers boss everyone around, and downtrodden Oranges clean the vending machines and refuse to trust you unless you're one of them.

I played as a Silver, see, which gave me near universal access to the large starting base and let me pull rank in a few conversations, but most characters who weren't bootlickers didn't like me much. There was a bit where I got to reprimand a security guard for abusing his authority over a hapless Orange though, and with some points in the "criminal" skill you can subvert some situations and play against type. I saw lots of blanked out dialogue options for other skills and character backgrounds too, suggesting a lot of replay value. 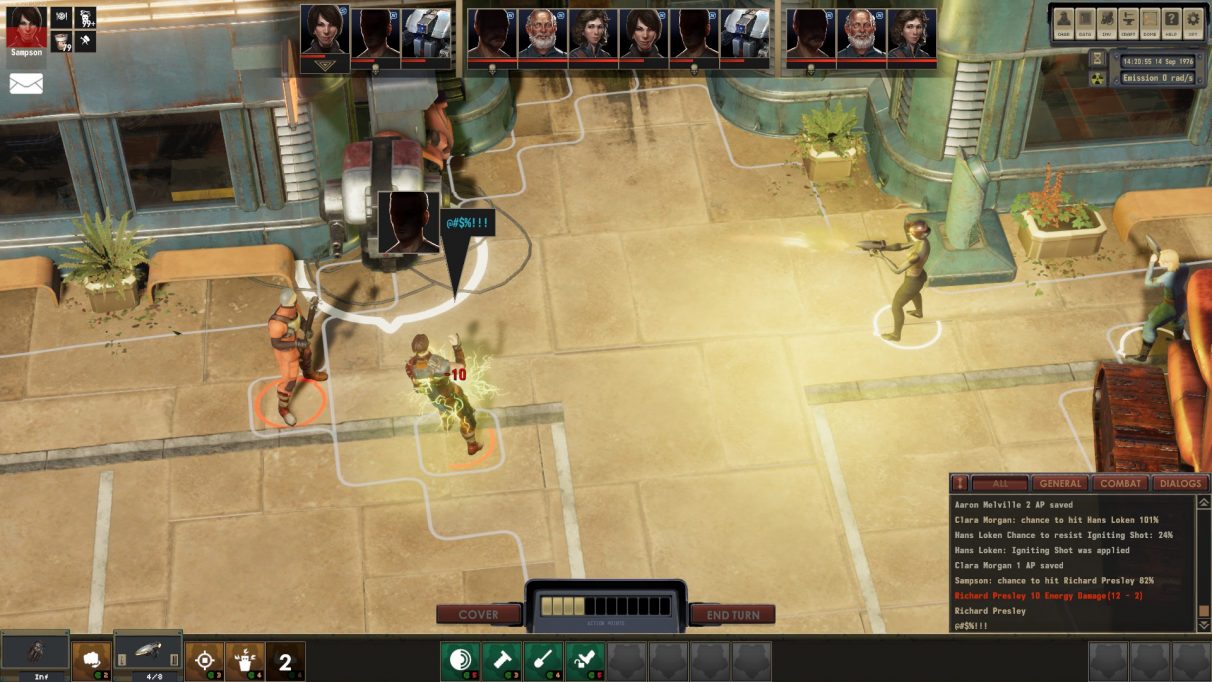 That's something the developers, Dark Crystal Games, are keen to emphasise: "There are no classes in the game, the player will be able to dispense attributes and learn skills at their own discretion", says their website. They also talk a big game about how much you can play with faction relations, and based on the opening few hours I'm prepared to believe both claims.

It has a long way to go though. There are lots of un-implemented skills, outside areas are a little anaemic and prone to messing with the camera, and a frustrating start had all of about nine options getting me unavoidably killed. The solution was to turn a nearby valve to scald a man to death instead of, say, not immediately murdering the first person I saw at my new job. If I'd chosen a melee-focused character I might have had another option, to be fair. And it's in early access, yeah? This kind of tweaking and rejigging is exactly what that's for, and Dark Crystal have already made a few adjustments over the weekend.

Encased is on Steam Early Access at a reduced price of £21.41/€22.49/$26.99 until this Thursday. The developers estimate a full release in nine months.

I can't say I recommend Encased wholeheartedly just yet, but I'm very optimistic about its chances. As retro-inspired RPGs go it's definitely got the potential to stand out. Even though its trailer music is so awful I'm reluctant to link it at all. Ugh. Go on then, but maybe mute it first.