I didn’t understand the appeal of driving around for the fun of it until the exact moment that I laid eyes on Drive Me To The Moon, a game which is all about cruising the open road with your girlfriend in the passenger seat. Suddenly, yes, I would quite like to just hop in a car and explore around here. And maybe get out to test some of the scenery, because it sort of looks like it’s made of pick-n-mix sweets, an art style any game could stand to achieve.

Plus, there’s no one else out and about on these pastel streets, which means that unlike other games featuring cars, it doesn’t punish me for driving on the left.

It also doesn’t punish me for driving off the map entirely. 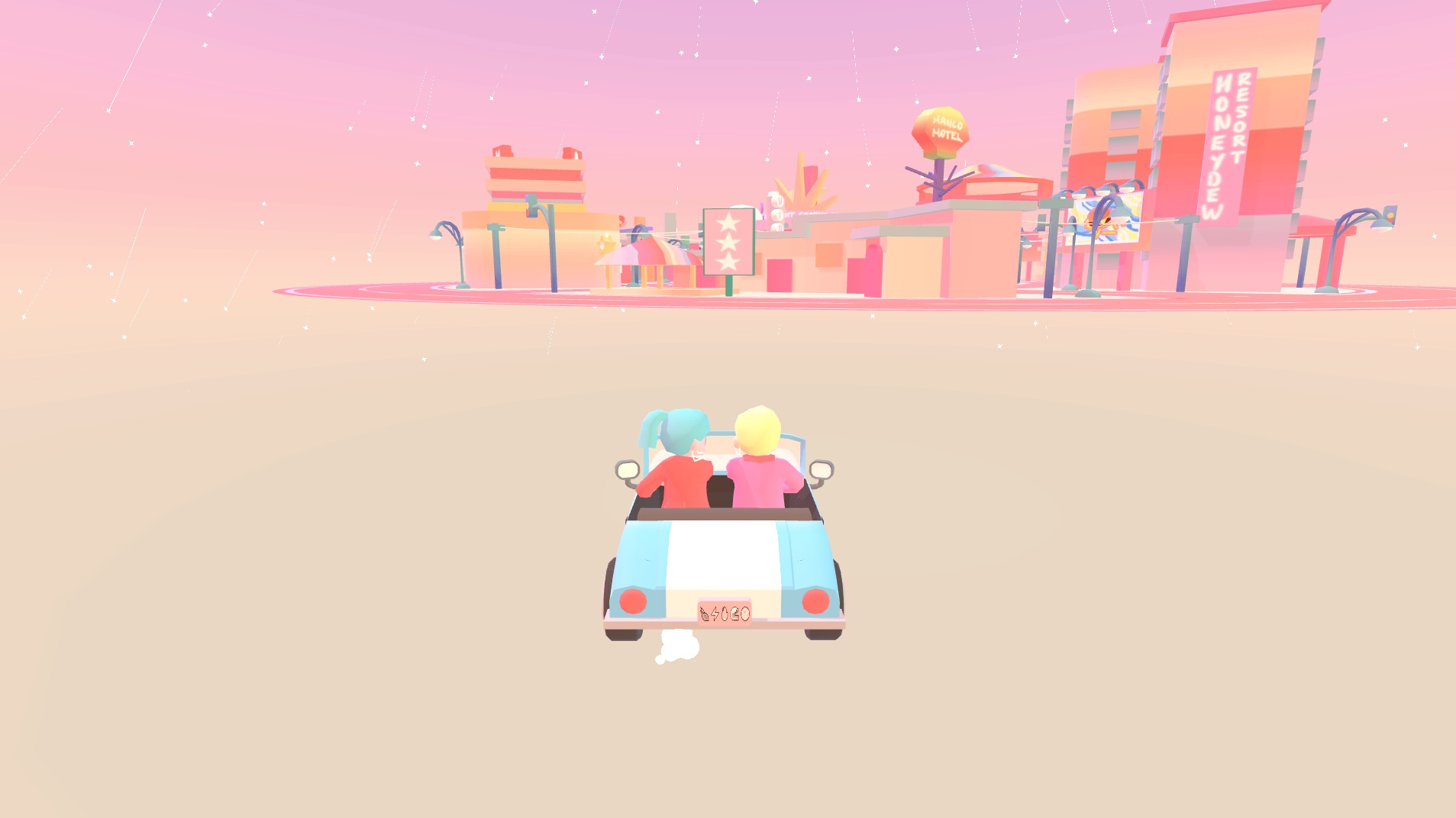 Which is nice of them. If only real driving was so forgiving. And pretty.

Drive Me To The Moon is available on itch.io for pay what you want with no minimum.