I first learnt about the Nazca Lines when I was quite small. There were a couple of Nancy Drew books knocking around at home, and one of the mysteries involved the Nazca Lines as a pivotal part of the solution. At the time, and because they were in a book, I assumed that they couldn't possibly be real - that nobody would make huge works of art in a desert in Peru, so large that they can only truly be appreciated from a helicopter. And yet, they are breathtakingly real.

Now, Reddit user "papabanano" has devoted the entire space of their farm in Stardew Valley to recreate one of the most famous of the Nazca Lines. No wheat yield or intensively farmed pumpkins to be found here, no: only the Hummingbird. 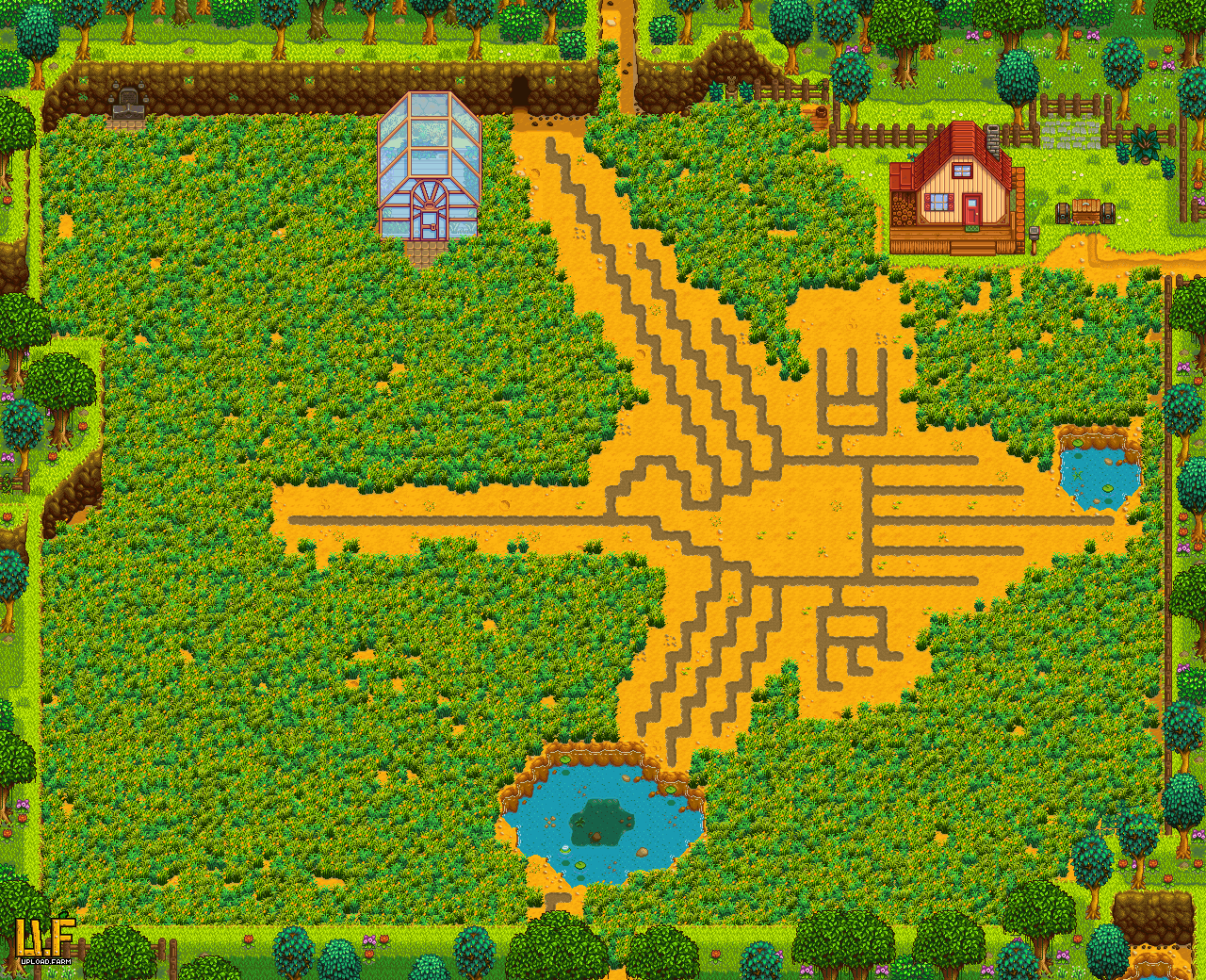 I am in love with papabanano's effort for several reasons. Firstly, the accuracy. It's a really dead on version of the Nazca Line known as the Hummingbird (although it may not, in fact, be a hummingbird, and, further fun fact, a few years ago Greenpeace damaged the area around the Hummingbird by putting up a big banner next to it, and had to apologise to Peru for being massive fuckups). You can see that the line of the lower wing is even extended past the pond at the bottom. papabanano says they're already working on a larger version of it, which would actually allow for a small amount of farming to continue in and around it.

Secondatively, I have a lot of respect from papabano's ingenuity and knowledge of the game. The final design is made out of very careful placed path tiles, with wild grass allowed to grow around it (impressive use of negative space!). But in the Reddit thread, papabanano reveals "I was originally going to make the design out of crop circles, with wheat at the third, fourth, and final stages, but I got lazy..." Imagine knowing the precise timings of the growth of wheat in Stardew Valley, to the extent you could create art with it!

Finally, of course, is the fact that this artwork has taken over the whole farm. This was made in year four. The farm area has been levelled - the trees long since cut down, the ground made useful. This farm had clearly been a working farm at some point. The greenhouse is upgraded! The house too! The imperative in Stardew Valley is to produce. Even though it's not on a mechanised scale, you are subtly driven to make as much of your farm as useful as you can, to create supply lines, to shave your processes until your are producing mayonnaise as efficiently as possible.

But not this farm. This farm has torn it all down for ancient art. I salute you, papabanano.

If you haven't played Stardew Valley before, you're probably in the minority. But there are lots of reasons to get involved, if you've not before. It's on our lists of best management games, best co-op games and best RPGs. We've also got a roundup of Stardew Valley cheats and console commands if you want a head start.