In their ongoing attempt to create a public moral cause out of the courtroom battle they started with Apple and Google, Epic Games are holding a Fortnite tournament with some stupid prizes mocking Apple. Play in Sunday's #FreeFortnite Cup and you can earn the apple-headed 'Tart Tycoon' skin, and if you do really well you could even win a new laptop, console, phone, or stupid baseball cap with a parody of the old Apple logo. Nice that Epic are having fun with this while mobile developers who use Unreal Engine are uncertain about the future of their games.

Last week, Epic introduced a new payment system to Fortnite which bypassed the mandatory systems of Apple and Google's app stores to avoid paying them a 30% cut, and gave players better prices on microtransaction cash. In response, both Apple and Google kicked Fortnite out of their stores. Epic seemed prepared for this possibility (app store rules are hardly secret), immediately launching lawsuits against the two and a live-in game event with a cringeworthy propaganda video parodying a classic Apple advert. Their lawsuits have accused Apple and Google of "monopolistic" and "anti-competitive" behaviour, while their '#FreeFortnite' campaign urges fans to "Join the fight to stop 2020 from becoming '1984'."

I, too, am up for app stores taking a smaller cut of sales or being less restrictive. That would help all developers, particularly those who aren't valued at over $17 billion (£13b), as Epic are. I support the broad concept of Epic using the mega-hit Fortnite as leverage against app stores. I very much do not support them turning a financial battle between giant companies into a moral crusade. Trying to fire up fans by telling them fascists want to take their video game sets a dangerous example in an industry which, y'know, has a very known history of people getting vile with this. And it's deplorable that the shenanigans are also threatening the futures of developers who build their games on Epic's Unreal Engine.

On Monday, Epic announced that Apple intend to terminate their developer accounts, cutting them off from iOS and Mac development tools. Epic filed for a temporary restraining order to halt the plan, calling it an "existential threat" to Unreal Engine and saying they "would be forced to discontinue [it] for those platforms". Which means iOS devs using the engine would get no more new features, bug or security fixes, and any updates they might need to meet Apple's ever-changing app requirements. It is shocking that Apple are escalating this much when so many other people might be collateral damage, but it's irresponsible for Epic to be provoking Apple when so many rely on them.

So, on Sunday you can swing by Fortnite's Compete tab and join the #FreeFortnite Cup. Playing scores points for wins, kills, and time survived, and with 10 points (just one win, 10 kills, or 30 minutes survived) you can get the Tart Tycoon skin: 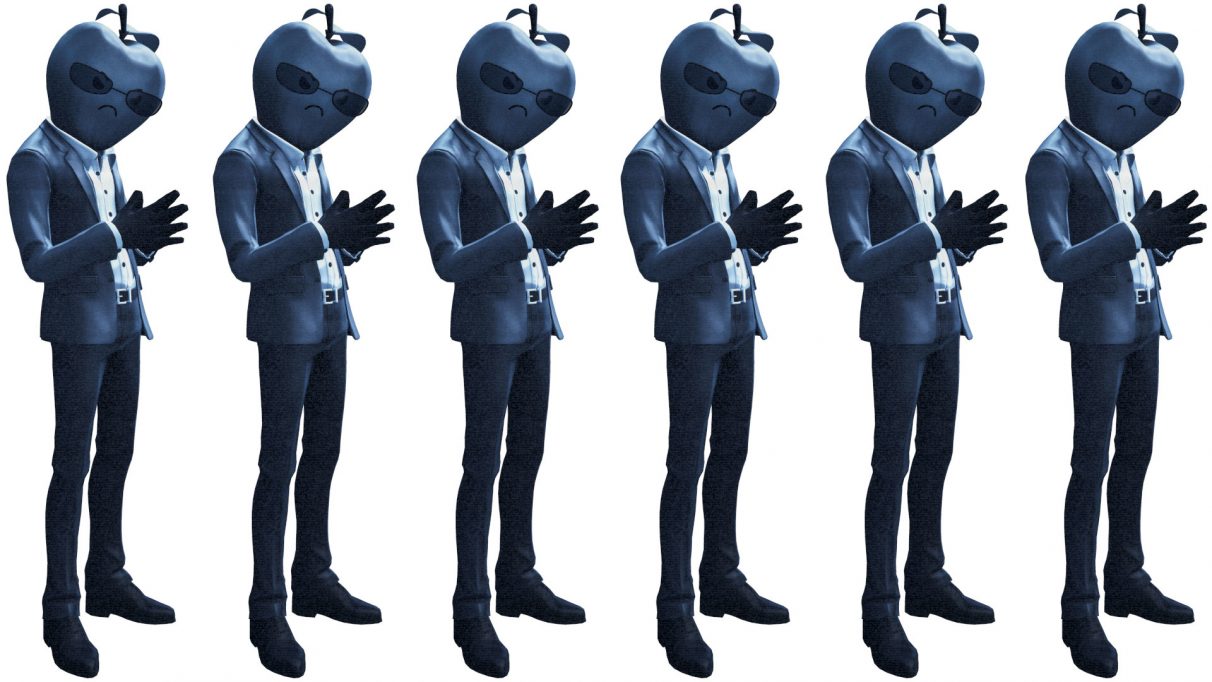 Must have been a ha-ha-hilarious day in the office when they came up with that name.