Fortnite's begin by diving through the air, using a glider to land in the best positions in order to obtain loot. The latest update added the glider item, which gives back the ability to redeploy your glider in the main game, increasing your movement options, as well as another way to get down from high places. Our guide aims to aid you in getting your boots on the ground as quickly as possible, as well as tips for using gliders and what you can do if you're stuck high up.

With the game being the global sensation that it is, there's a lot to learn about not only getting that all-important "Victory Royale", but also the changes to the map as the seasons progress, and the challenges you can seek to complete. Head over to our Fortnite guide hub for every single thing you need to get started.

Every game starts the same, with players dumped into a lobby. Players in teams can view the map before the game begins and work out where everyone's going to land. Each named location is going to have varying degrees of usefulness, so knowing where you're going to land helps you nail the timing a bit better when you do eventually need to leap from the Battle Bus. There's a lot more information on each individual location in our Fortnite locations guide, so be sure to check that out. 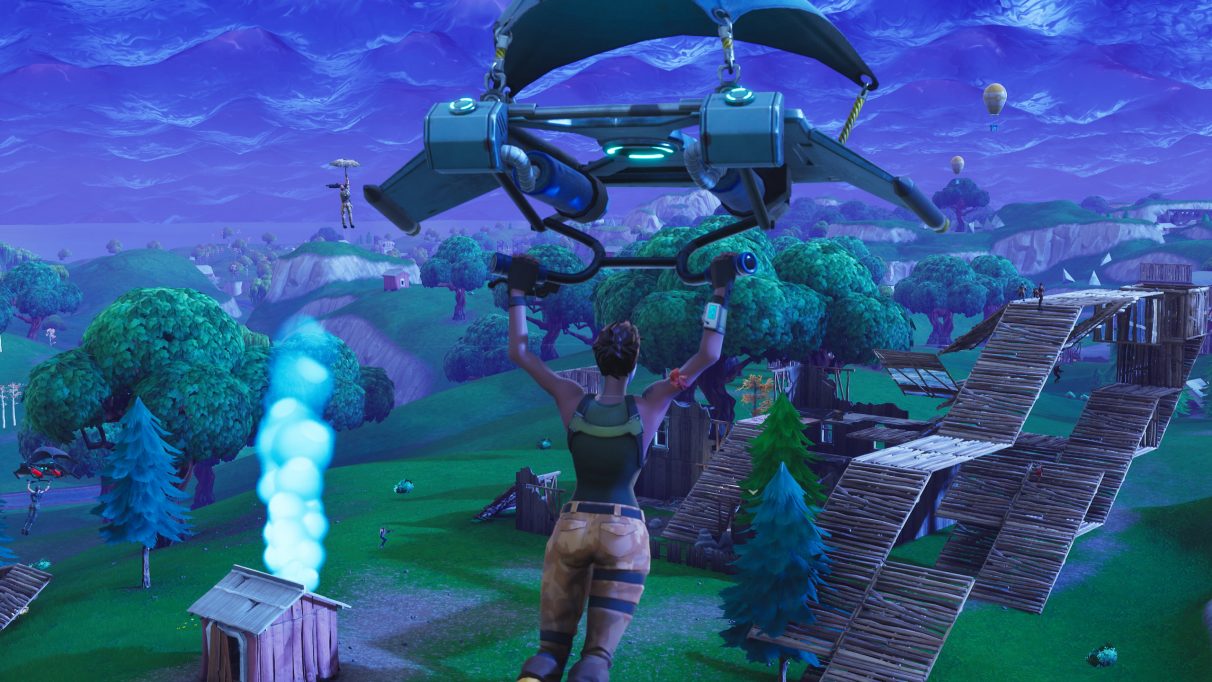 Contrary to what you may believe, or have been told, do not under any circumstances jump directly above your destination. This will end up in a far slower descent, culminating in your glider opening over the top of it. This can mean you miss your destination, or cause the parachute to open far higher than you wish for it to, since your distance to a surface dictates when your glider emerges.

What you should do instead is plan to jump close to your chosen destination. The finesse of entering the map will take more than a few goes to get right and it requires some knowledge of the map's terrain. That comes with time and practice. Your general aim is to aim to avoid any hills, or other such elevated terrain, as this will cause the glider to come out far sooner, meaning you're much higher above the ground than is optimal. The lower the altitude, the better. In fact, if the area you're going for has a coast, the water itself is the lowest altitude, so try to aim for there as the lowest point and glide over to your destination.

I would also recommend planning where you drop to be a little bit of a distance away from the flight path where possible; not too close, and not too far. The reason for this is because if you go too far, you'll need to open the glider early, slowing your descent. This gives your opponents a bit of a head start and your landing point may too far from where the safe point in the storm is located. Land too close and you'll need to get very good at looting quickly in order to kill any nearby opponents. You may be able to get away with it, but newer players should avoid this where possible.

Once you're glider is open, float towards your destination. You'll find that if you did this correctly, you'll be that little bit lower down than some of your nearby rivals, meaning that you land earlier and have a chance to snag some precious items that little bit quicker. 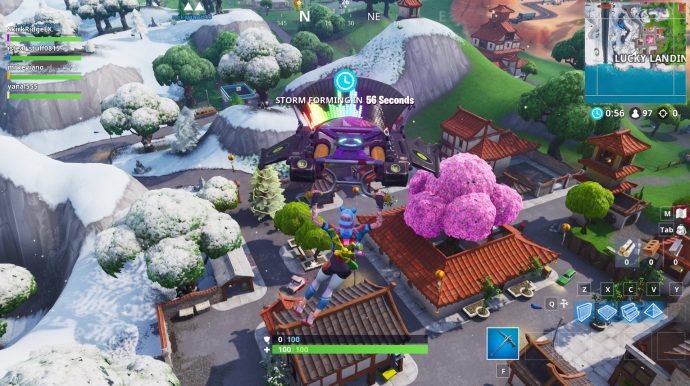 Once you've landed in a normal Battle Royale game, you'll not be able to reopen the glider by leaping off the edge. As of the most recent patch however, there is now a chance that you'll find the glider item (which is at blue rarity). You can hold ten of them in total, but you'll pick up five per stack. This allows you to leap from higher places and glide long distances. It does however make you slightly vulnerable to well-trained snipers, so use caution when gliding.

If you've landed somewhere very high up and don't have a glider, you'll therefore need to safely navigate to ground level. To do this, gather whatever materials you can find, then find a slope that's reasonably tilted and periodically place floor tiles as you descend. Bring some bandages and any med-kit you can find to stave off some of the fall damage if needed, since it breaks through shields. Alternatively, if you're able to find a bounce pad, you can deploy it and jump on it, in order to reopen the glider. A zipline can also quickly navigate from up high to down low, but if there is an X-4 Stormwing nearby, grab that and fly out of there instead.

While this may be obvious to many, there does need to be some clarification regarding the different types of gliders, such as the umbrellas, and how they affect your landing potential. In short, they do nothing to aid or hinder your descent. You can't upgrade them either, meaning that it takes know-how and skill alone to land quickly in Fortnite, just like in any other battle royale game. That said, some such as this raving one shown in the screenshot above are a little noisy and will only herald your entrance.

Once you've successfully landed however, you should keep an eye out for key weapons and other useful items. Be sure to check out our Fortnite weapons for more on each individual weapon, as well as our Fortnite healing items guide for exactly how health and armour work in the game.