Got two gamepads? Got two friends to hand? Got a PC? Good, as that's all you'll need to enjoy HELP HURT HOPP, a creative little free multiplayer game from prolific indie dev Daniel 'Managore' Linssen. Just make sure they're the kind of friends that won't punch you. Or ones you won't be tempted to punch - this is a game of rapidly escalating dickishness, as one player tries to navigate a spike-filled platformer maze, while the others edit the level in real-time to help or hinder them.

While I've seen a couple similar-ish games before, I'm surprised it hasn't been done quite this elegantly before. A little player-controlled figure called The Hopper wants to hop from left to right across a randomly generated screen of deathtraps, to collect a shiny gem. Another player has a randomly picked bag of platforms and map components to help the hopper on their way. The third player works much the same as the second, only with points awarded if the hopper dies. First to five points wins, and the roles are shuffled every round. 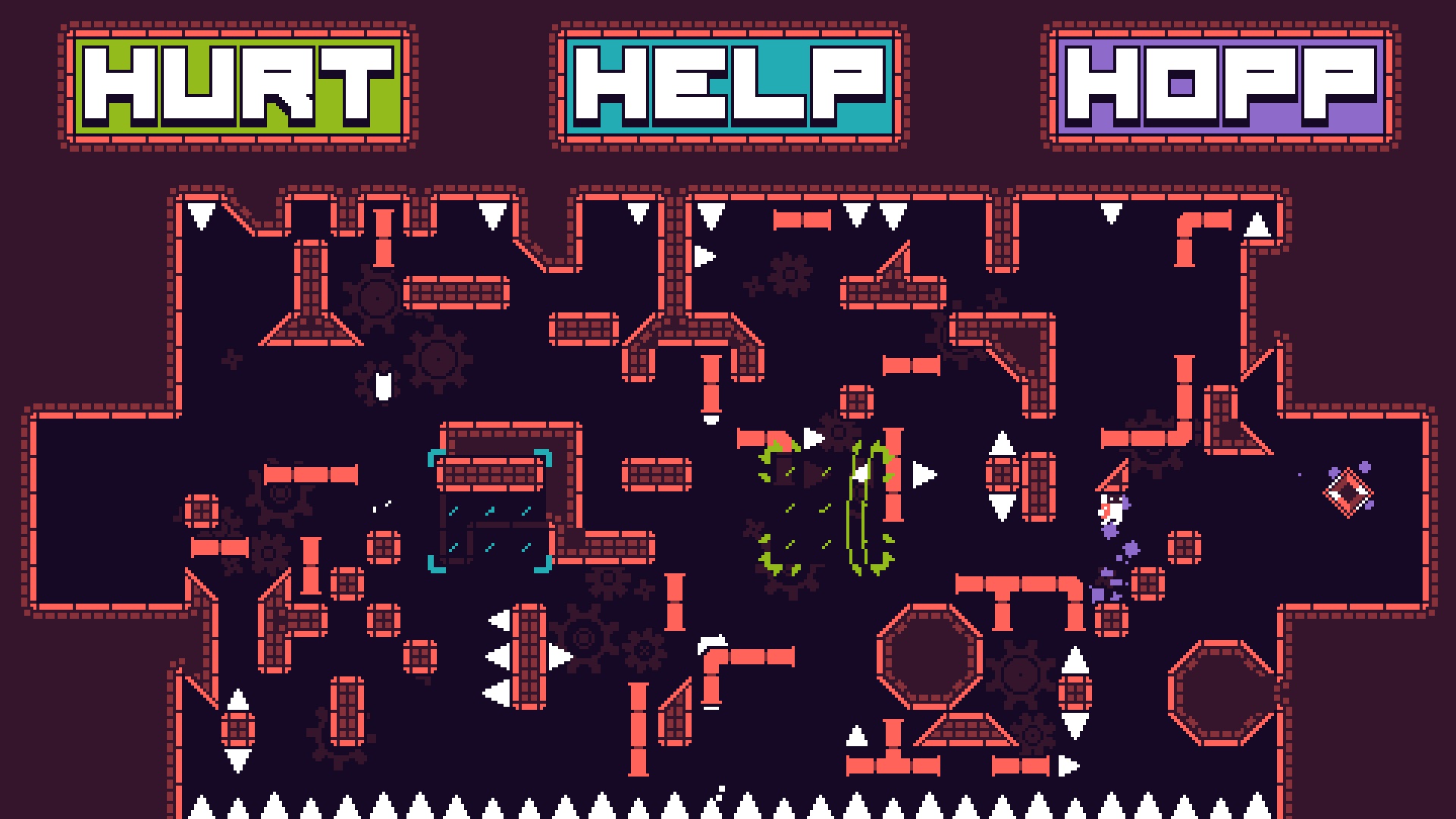 It's simple, it's fun, and potentially friendship-ruining, as at least a third of the time you're actively trying to screw up someone else's run. One more third of the time you have the potential to if you all-too-easily make a mistake. I'd love to see a larger-scale version of this with online play, as the scoring system means that griefing as the 'help' player wouldn't get you very far. The only real restriction is that (due to lack of control rebinding) you're going to miss out unless you have at least two gamepads.

HELP HURT HOPP is available here on Itch, and you can find Managore's other games here.