Total Annihilation was an influential real-time strategy game where resources flowed like water, where armies blotted out the sun with their artillery-fire and where conflicts could play out on a scale where true strategy became more important than second-to-second micromanagement. Freeware RTS Zero-K is one of its best fan-made imitators, built on the Spring RTS Engine (an open-source foundation built to replicate Total Annihilation), it has been around for a while, but today it made its big debut on Steam.

While it might look a little raw compared to the current crop of hyper-polished real-time strategy games, Zero-K brings a lot to the table. The competitive/esports stuff is to be expected, but those wanting a more solitary experience are well served here. On top of skirmish and AI horde survival modes (all of which can be played cooperatively, and the horde mode features an entirely new alien race to fight), there is an enormous branching 70+ mission campaign.

The campaign mode opens with a gentle tutorial, explaining the interface and the basic flow of gameplay, so it's a perfect place for less experienced players to hop in. Playing out over a galactic map, each planet holds a mission, and every mission completed unlocks new units on the enormous tech-tree, or provides you with some persistent upgrade to your Commander unit. Plus, multiple difficulty settings and optional objectives add replay value on top of all that.

Zero-K shares a core design with Total Annihilation. You start each battle with a lone Commander mech. If it explodes: Game over. You use it to build your first few resource-extractors (mines for metal, solar or wind power for energy), a robot factory or two, and from there your options balloon. While Zero-K does a lot of little things to define itself, its biggest feature is the ability to alter the terrain itself, opening up a whole world of weird new strategies. 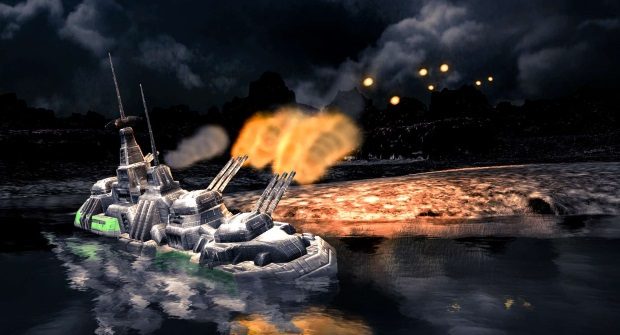 Terrain has always been important to Total Annihilation and its successors. Many weapons fire in arcs, meaning a cleverly placed unit can hide behind cover while still attacking. Zero-K's terraforming also allows you to seal off base entrances and exit ramps, or even cut your way inland to allow a naval invasion of a land-locked enemy base. All this combined with the quite frankly silly number of options you've got in terms of unit choice makes this one of the most freeform real-time strategy games around.

While you can figure out the basics just by diving into the tutorial missions, the official site contains a full wiki & video-guides section. Once you're feeling confident and have cut your teeth on a few matches (up to 32 players) online, you'll also unlock the PlanetWars mode. A multiplayer campaign of sorts, where three factions of players fight for control of a galactic map, with each planet representing an individual battlefield.

Zero-K is absolutely free, although the Steam page for the game does provide several options if you want to donate to the developers. Linux-favouring folks (or those who just don't use Steam in general) can also get hold of the game via Itch.io here.