Concluding my brutish and short first play of survival-management curio Frostpunk. When last you left us, we had survived disaster by the skin of our teeth, and even welcomed a giant robot into the fold. Now, as the nights draw in and the fires dim, can my proud people survive the rest of this calamitous winter?

Note: apologies for the delay in getting this to you. I've been ill for the best part of a week. Solidarity for my e'er-sickly townsfolk, perhaps: it's hard enough to type coherent sentences about videogames when you're coughing your lungs up and shivering sporadically, let alone shovel coal or hunt wabbits in -50 climes.

The robot, an enormous, arachnid assembly, turns out to be just the ticket. Able to perform the work of ten men, I leave it squatting monstrously over my coal-thumper, putting its eerie resemblance to the beast in the closing scenes of It (80s version) out of my head and instead relishing the resultant influx of spare hands. 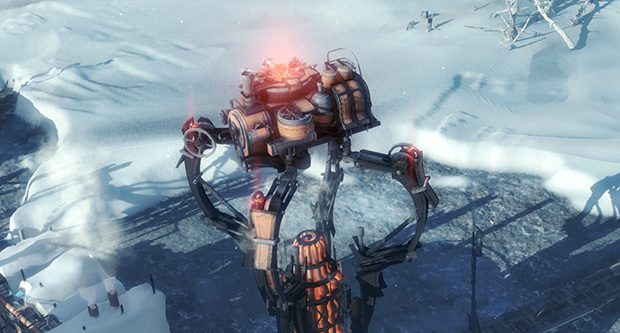 Our shiny new pub - an essential for sanity, if ever there was one - is fully-staffed, yet another sick tent helps to stem the relentless tide of illness, and anywhere lacking a full contignent of workers is replenished. Full steam ahead, gang: we've beaten the apocalypse.

It is exactly then that our last form of salvation decides to enact dark karma. My troupe of scouts, who twice now have bailed us out by returning home with emergency supplies just as the maw of disaster prepared to swallow us whole, have clearly tired of being our exhausted bastion of hope. Instead, they send me a prophecy of doom: a sole survivor of another attempted wasteland community, who promptly dies in full view of my horrified people, but not before declaring that the same fate will soon come for them.

Just as I had finally established the foundations of an efficient community, that all-too human curveball arrives. It doesn't matter how robust our settlement might appear: the whispering devil of despair is on everyone's shoulder. We cannot survive. Not with him in charge. 'Him' being, of course, me. Hope plummets. Fatalism rules. 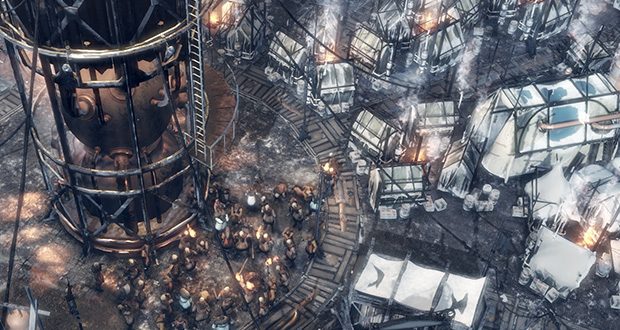 As the temperature drops once again, I have my first rebels to contend with. A dozen people refusing to work, and liable to sway more to their, frankly, suicidal cause unless I can make a very public show of reasons to be cheerful.

It is then that I make my fatal mistake. Desperate to be loved again, terrified by the idea of mass protests against my consistently well-intentioned rule, I overreach. With the nights colder than ever, my people beg me to make their thin shelters warm again. When this has happened previously, I've been cautious, promising only to improve the conditions of a few. But if I can crank up the thermostat in all our tents? Then they will love me once more.

If, however, I fail to meet this reckless promise, then my blue-fingered tribe's last vestiges of hope will evaporate, and my tale will be at an end.

Diligently, I place Steam Hubs around the encampments, ensuring an even spread of gentle heat to see us through this dark hour. With my Arachnotron dutifully and tirelessly ferrying coal around the town, surely this is one storm we can weather.

Almost immediately after the last Steam Hub is erected, the main generator declares that it only has six hours of fuel left. The new drain dramatically exceeds our supply. I fall into a desperate juggling act of reassigning people (and robots) and turning heaters on or off, but it seems impossible.

At the back of my brain, I grow conscious that I have bungled my research into new technologies - racing ahead to access the second tier of inventions before I had established the meat and potatoes of making my generator crank out more heat and from greater distances. Nor had I prioritised researching coal mines as soon as I could. Nor had I planned my settlement in such a way that residences were sheltered by other buildings.

Somehow, I had convinced myself that heat was something I had more or less under control - even, that it was the most boring of my available options. The clue was always in the name, Alec. Food is relatively plentiful, disease is not a huge problem, but protection against the ever-deepening snow? Not a sausage. 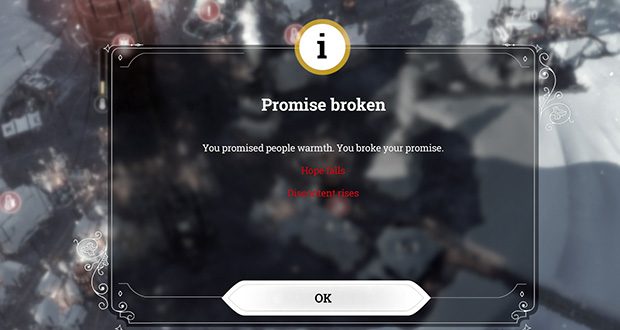 The deadline by which I had to meet my promise about warm homes comes and goes. The generator sputters on and off, our all-too-literal beacon of hope struggling to stay alive. The robot solemnly shovels just enough of the black stuff into it to prevent absolute doom, and meanwhile my engineers complete their research on turning wood into charcoal, thus providing us with a much-needed backup fuel source. A spark of hope...

The robot's web of limbs suddenly cease their ceaseless dance. Of course. Arachnotron needed coal to work, to live. To save us. Perhaps Arachnatron's needs doomed us. Panicked beyond measure, I order men and women to assume the bot's abandoned duties, but there are so few left to call on - the Rebels have courted so many of my people by now. Those wretched punks, whispering sour nothings into every ear: they have doomed us all.

Hope shudders its last gasp. Hope dies. I was so close to fixing this - our wood stores would have been turned to charcoal, our scouts would have brought more emergency supplies, our... But no. This desperate back-and-forth could not continue. This venture was folly from the start. And now there will be blood. 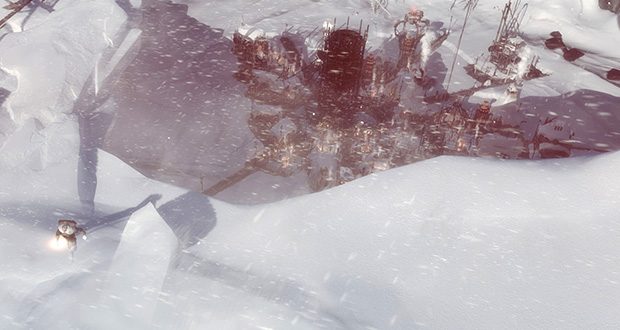 As my people send me out into the snow to atone for my sins with a slow and lonely death, my former concern for them turns to bitter hatred. That they would choose to kill me, and in this most cowardly fashion, rather than allow me to become simply another face in the maudlin crowd, speaks volumes about their character. They never deserved my help. They will die without my help, and that, they will deserve.

And yet my mind is now full of ways I could have done this better. I know how I would approach this deathly scenario, from the very first moment, had I another chance. Am I allowed another chance? Would I even take it if I could?