There's so much we take for granted in game design, which makes it all the more fun when designers find ways to completely bypass genre norms. Inspired by Snake Pass's platforming minus a jump button, the Game Maker's Toolkit 2018 Jam gave entrants two days to make a game with a fundamental part missing and worked around.

The theme of the jam: "Genre without Mechanic", explained by GMTK host Mark Brown (creator of this excellent YouTube series on game design) below, along with the hundreds of resulting games to play and vote on.

While Mark Brown will be doing a video and picking out his favourites from the jam sometime soon, the public are free to play and vote on everything produced right now. You can find this mountain of games over on Itch - 1158 entries in total, many games browser-based. Keep in mind that very few of them are polished, and many are broken, or easily breakable - only so much you can do in 48 hours - but there are some good concepts in here that I'd love to see built on.

Among the handful that I've tried, I'd recommend checking out Mush's Allocation, a Metroidvania without a defined world map. Most of its world starts out as an empty void, which you fill with your limited pool of map tiles to bridge between points between key item rooms. Within those chambers you'll find more rooms tiles to be placed on the map. It's very clever, and it's surprisingly developed for the Pico-8, the 'fantasy console' that originally spawned Celeste.

Also fun is Lonebot's What Goes Up, a platformer without gravity, turning simple jumps into complex puzzles. You can jump up one tile, but you won't be able to land until you hover sideways across to a platform of the right height, or find a wooden surface below to pull yourself down to with your grappling hook.

Another twist on platforming is Super Try's Else Walker, which has no direct controls. Instead, you insert commands (contained on floppy disks) into your little robot's brain, more of which you can pick up as you explore further. 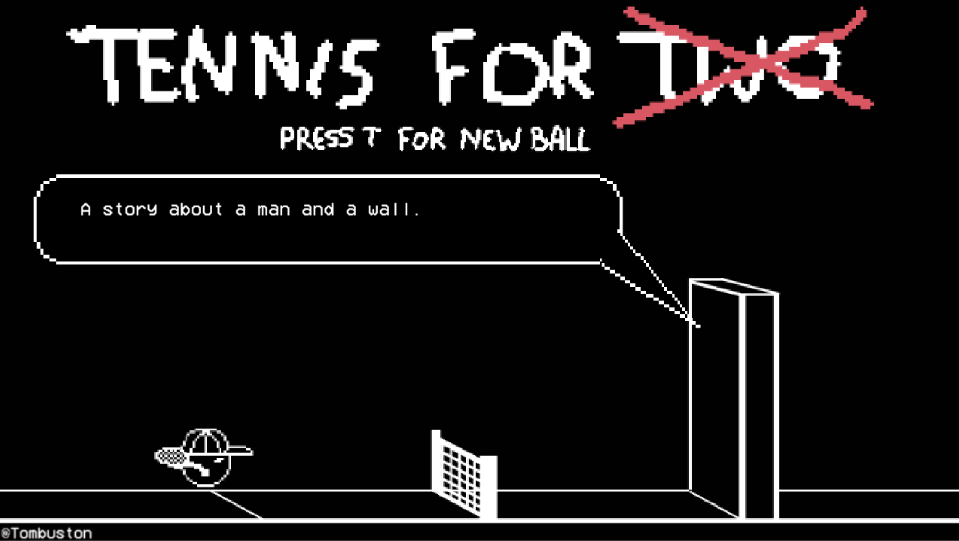 The very silly Tennis For Two? by TomBuston.

So, what gems have you lot found in this mountain of gleefully perverse game design? What concepts made you laugh, and what games do you think hold the potential to grow into something bigger or more complex? Do share your favourites, as I've only had time to scrape shavings off the tip of this iceberg. As an aside, it's not just games that can be served well by creative removal of key elements, as anyone who has seen the haunting Garfield Minus Garfield can attest.

You can find the GMTK 2018 jam games here on Itch, and the educational YouTube series that spawned it here.