Point being, I wasn't expecting much from the Ghost Recon: Wildlands followup. After creeping my way through an hour at E3, though, I'm keen to creep through some more.

I played about seven hours of Wildlands before I gave up the ghost. The main reason I stuck with it for that long was because of how satisfying it is to do double stealth take-downs with a friend. They're my kryptonite. Those snapshots of simple co-ordination, the gratifying collapse of two enemies in sync. It was enough to see me through seven hours of dreary landscapes and tiresome oo-rah drug war silliness. I'm hoping it will get me through many more hours of the war against sci-fi megalomaniac Nietzsche fanboys.

The drug war is a thing of the past, or at least a thing of the off-screen. There's a dictator on our new (fortunately fictional) island, and he's being all wolfy about it. Look at him.

We're in the future, he's got drones, and you've got the firepower to take them down. This time there are classes with perks and special abilities. The actual "ghost" class has smoke grenades, and can turn invisible for a wee bit. The sniper can temporarily equip bullet penetrating rounds, and the assault guy can do something I don't know about because I never played as him. Why would I? We're supposed to be sodding ghosts.

Not that you're ever ghostly for long, in practice. I was playing with a full team of four, and despite our brave leader's best efforts, we were discovered almost immediately during every encounter. A raid on a drone factory quickly devolved into chaos, as armoured autonomous cars started zipping round and tearing through us faster than we could say "American incursions into foreign territory are always questionable". Our roles all smudged together once the bullets started flying in earnest, but we still shared in the joy of finally taking down the last robo-car.

Once we'd cleared the area, we headed up to chat to the chief scientist about something important. It was a generic conversation about bads closing in, or the importance of blowing the factory up, or something. I wasn't paying all that much attention. Then Breakpoint surprised me. 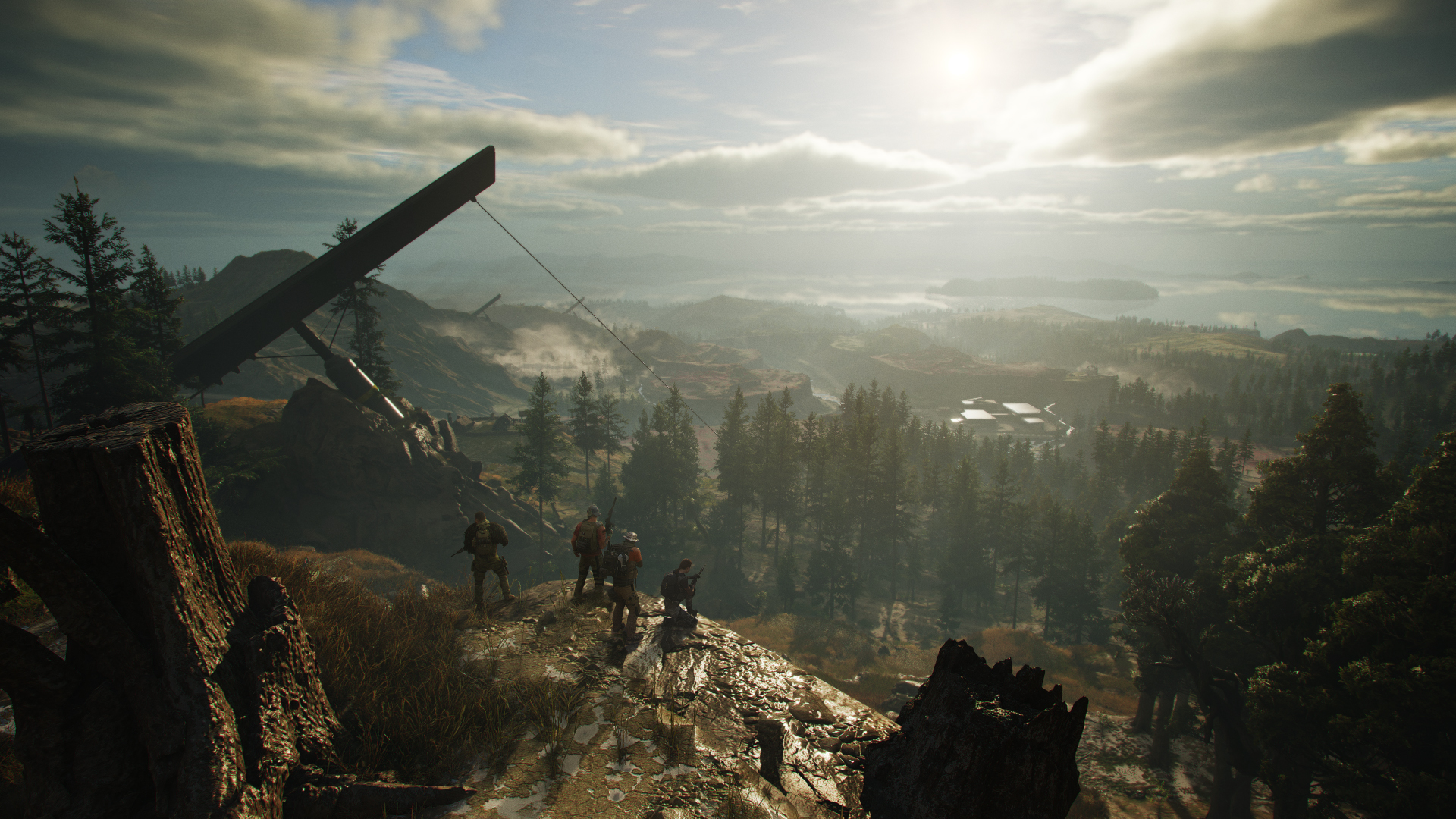 We transitioned to Mr Wolf's perspective, shooting the shit with his mercs. One of those mercs had his sniper rifle trained on the door to an unknown compound, lying in wait. When his targets emerged, Mr Wolf (his real name is Cole Walker) calmly and precisely instructed the sniper to fire, all the while talking about holiday plans. The man who actually took the shot looked impassive, but quietly expressed his doubts about contract work. Walker just laughed.

It absolutely worked, even in the context of a videogame where I'd just murdered my way through dozens of combatants. It might even have worked because of that. That one scene felt charged with the gravitas of shows like The Bodyguard or early Homeland, an incongruous slice of affecting atrocity in the middle of the dumb shooting fest. That's the sort of trick the game will only be able to pull off once or twice, but it's still got me looking forward to the cutscenes in a ruddy Tom Clancy game. That's quite the feat. 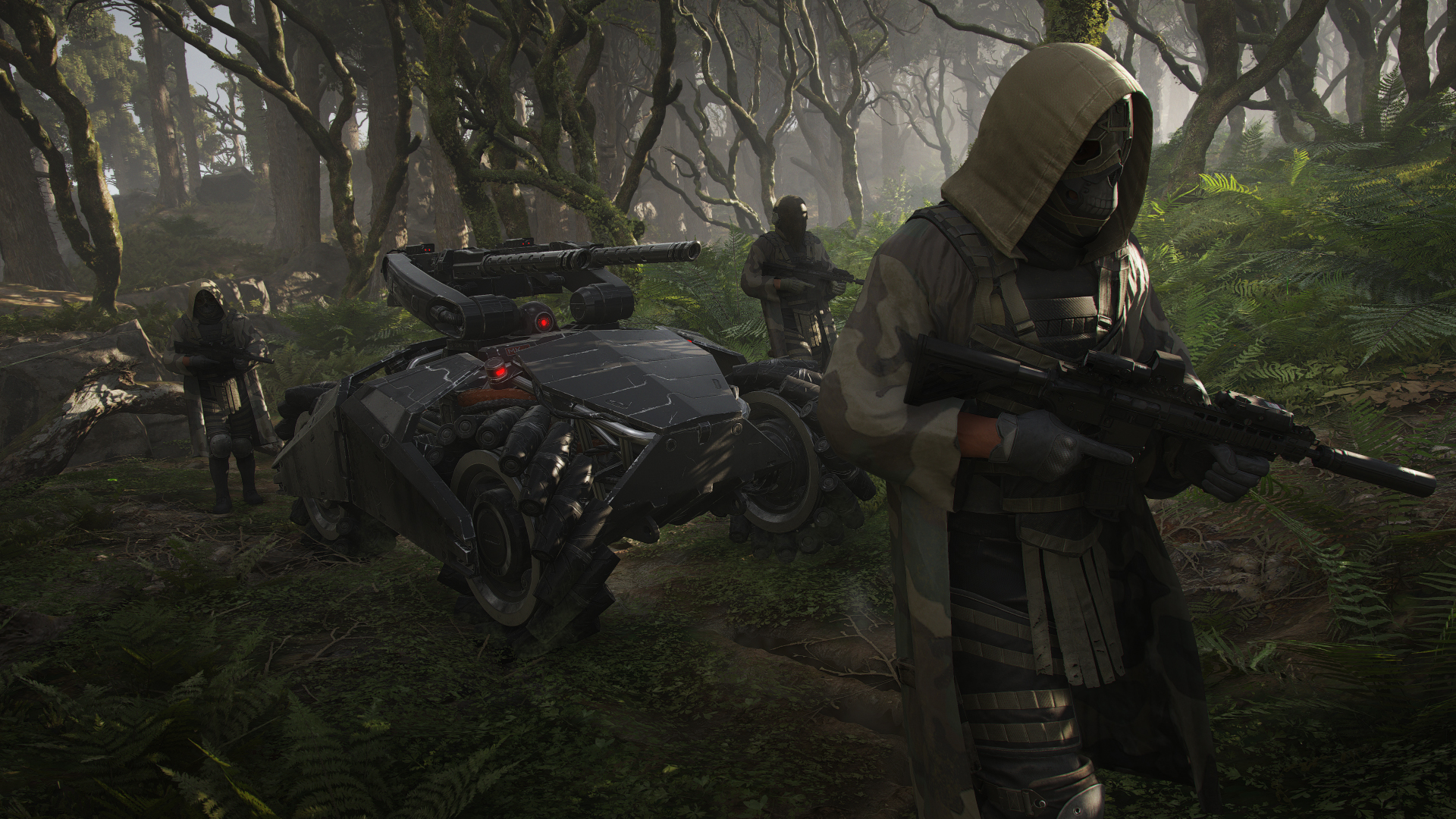 The final game might wind up feeling repetitive, but greater variety in enemies and player roles could be enough to stave off that feeling. It's also possible that playing it as a duo rather than a full squad might mean the fighting tips into chaos a little less often. If I can rope in the pal who bounced off Wildlands with me, I’m definitely going to give it a shot. It's been far too long since I revelled in a double stealth take-down.