One game I keep telling people to go play is Little Party, the lovely pottering story about a mum doting on her daughter's sleepover. Developers Turnfollow this week launched their latest, Wide Ocean Big Jacket, and hey it's really nice too, okay. Play it now or suffer me going on about it. Wide Ocean Big Jacket is another familial tale, this time about a camping trip to a national park with aunt, uncle, their quick-witted tweenage niece, and her, ah, friend? It's warm, it's funny, and I really like its vignettey scenes are cut together.

There the four of you are, rocking up to a national park for an overnight stay. It's the first time Cloanna and Brad have taken their niece Mord camping, and the first time they've met her friend Ben too. I do like how these existing relationships intertwine and new ones develop, especially with Mord as the wiseass glue. It's a nice little setup for personal drama, nothing awful, just people feeling out who they are and what they want.

Similar to Little Party, Wide Ocean is a game where we potter around little dioramas and chat to people, with jump cuts connecting scenes and trimming out busywork. You'll never be hanging around for someone's animations to finish, and the sudden shifts in people's positions and poses can be delightful. Ah, its just very nice. I like these people. I enjoyed their story a lot. I laughed a load. I really like Turnfollow's style. Look, I'll cut this short because I'm trying to bully one of the treehouse's featurefolk to write something longer about it. 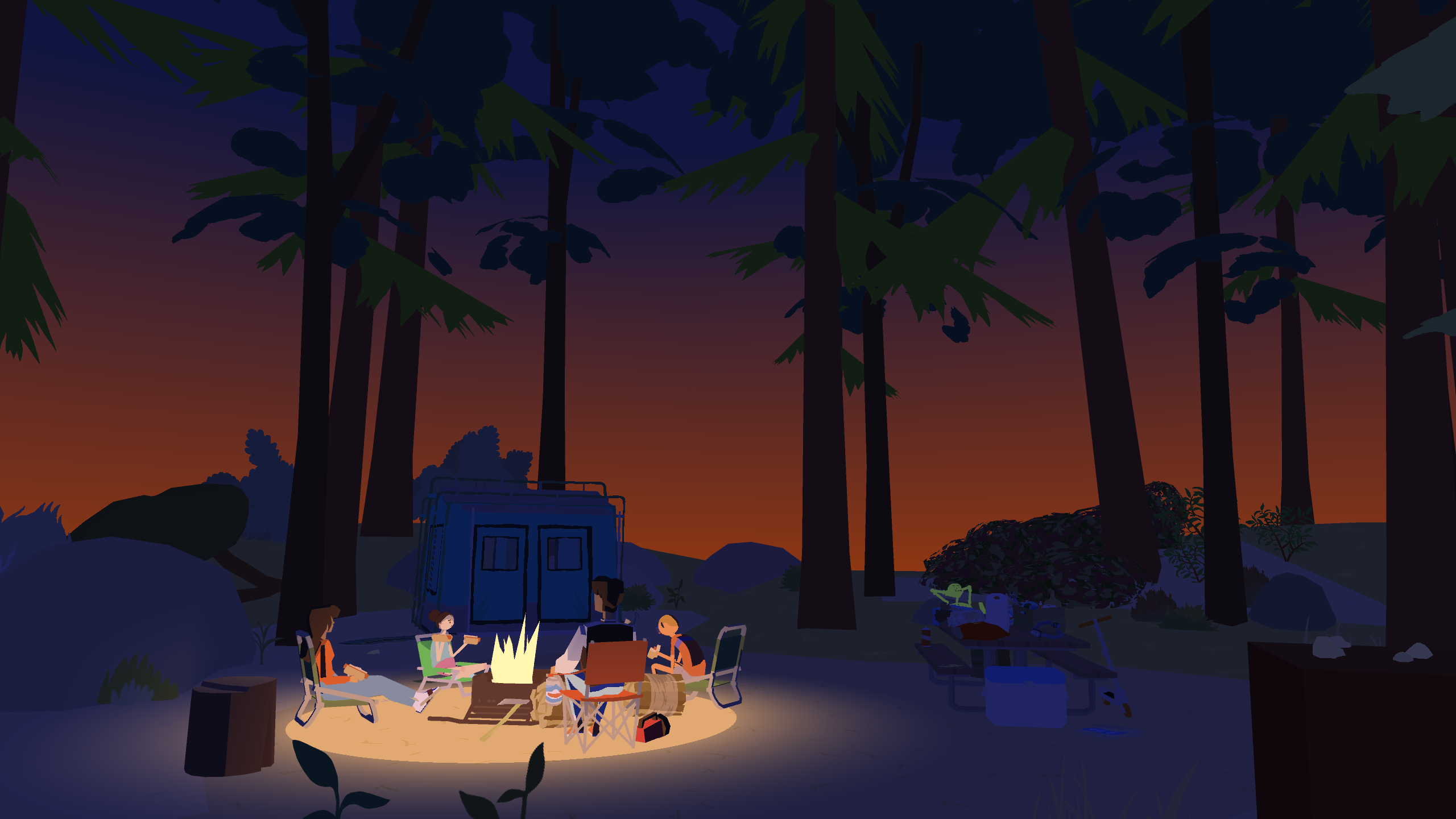