[Update: the organisers have now set up a Twitch livestream for this, which you can see here]

Hello from Poland, where I am currently living in a castle with forty angry strategy gamers. The castle is Zamek Czocha, a 13th century fortress that has been occupied more times than an airport toilet cubicle. This week its invaders are the Grandest LAN Party, a giant multiplayer match of historical strategy game Europa Universalis IV [official site]. This is normally a game of slow and ponderous decisions on a big map of the world, but in this castle it also involves four days of clambering through secret chambers and crossing high balconies to talk to the representative of Norway about an underhanded alliance with Moldavia.

It's something between a LAN and a LARP. Approximately forty players are sleeping in the castle’s quarters (normally a swish hotel) and manning computers in various rooms – the library, the knight’s hall, the “French room”. They settle disagreements in the old-fashioned manner of national posturing and war-mongering. There are Indian countries and European ones, Japanese states and Irish ones. It’s not just one person at each computer, though, there’s teamwork involved. Only one person need sit at the computer itself, while others on the same team skulk around passing information and engaging in diplomatic acts such as dropping half-full glasses of beer on the beautiful hardwood floor and apologising profusely. Here's an advert for the Paradox-sanctioned event.

That's perhaps a little more dramatic than the real thing, but there is still a lot of power struggling from what I’ve seen so far. And a great humour to it. One team has just seized the region of Westphalia in Germany and renamed it "West Philidelphia". The benefit of being physically close to your allies is also real. For instance, if the three young men controlling the nation of Brunswick need to cut a quick deal with someone from Milan, they can send one of their boys across the knight’s hall balcony, through the “English room”, down the stoney steps of a secret passageway, and into the cavernous arches of the “Polish room”, where the Milanese representatives might already be talking, somewhat disconcertingly, to the Pomeranian ambassador. They can also, if they wish, wave down a monk (one of the organiser’s “servants”) and send a scroll with a message. 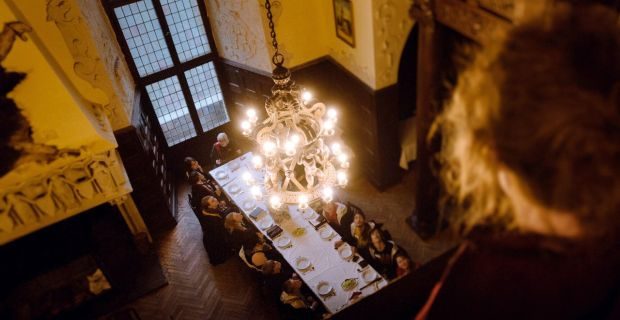 Then there are the idiosyncrasies of the game itself to consider. While writing this, the Reformation has broken out across Europe, meaning that the closeknit formation of German, French and Italian players may soon be tested. Meanwhile, across the globe (two rooms away) three teams share rule in India and they have just discovered the joy of colonising other faraway nations. As a non-player I am privy to a worldwide view. One of the organisers, who is himself playing as Saxony, has just sat down to inform me that the Indians are far ahead in terms of technology while the “backwards European savages” cannot even see India on their maps of the world (although there is also a huge map projected onto the floor in one of the halls, for all to inspect). Europe will soon be swamped, he says, by the colour blue – the spreading influence of Protestantism. 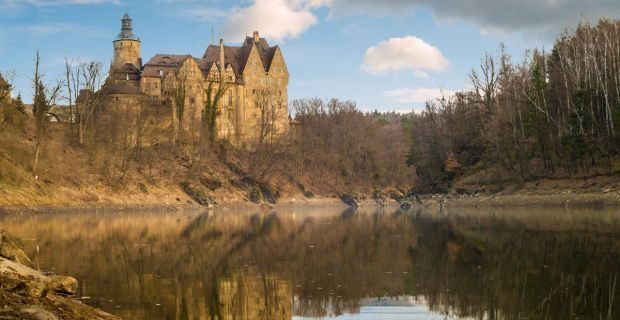 I'll have a full report of the conflicts that erupt during the course of the game, but you’ll have to wait until next week for that. The multiplayer match is set to be a centuries-long period stretching from the early 1400s to the 1800s, and will take four days of playing in real time, each day containing 14 hours of skulduggery and army management. I would call it gruelling, if it weren’t for the kitchen that constantly serves beer and buns, and the four tranquil castle cats which roam around offering comfort despite each of them being named after notorious communists. I have come to regard Lenin as my favourite.

Like I say, I’ll bring you a bigger write-up of this ridiculous situation soon. But for now, I must go. Morocco has just entered the game.