Crimelords in GTA Online can now run their own nightclubs with old pal Gay Tony, following today's launch of the After Hours content update, and lowly criminals can go for a boogy too. As well as moneymaking venues, nightclubs are social spaces where anyone on the server (up to 30 players) can hang out, dance, and maybe get so drunk they black out and wake up several miles away (an actual thing that can happen). And yes, dancing is a minigame doodad with different styles and different moves, covering the span from getting groovy through going hard to awkward wedding uncle. I haven't invested in my own club yet but am enjoying others' as long-overdue nonviolent social spaces.

Even just seeing everyone's vehicles parked outside a club makes GTA Online feel more lived-in. While other business instances are invitation-only, clubs are open to everyone, accessed simply by walking to the door (though the owner might set a small entry fee). As spaces they feel right, with music heard thudding outside then building as you walk deeper in.

It helps that they feel packed, too. Game clubs are often half-empty but these have just enough people to look busy without blocking spots where you might want to chill or boogy. Dancers responding to a set's flow is good too. And it's the dancefloor I'm here for. Clubs feature sets from real-world DJs (which will be on the in-game radio too), starting with Solomun. Tale Of Us will follow on July 31st, Dixon on August 7th, then The Black Madonna on August 14th. The point is: a DJ's playing choons, and we get to dance.

Dancing is fairly simple. Tap your mouse (or controller - I found the tactile nature felt more right for dancing) in time with the beat to build and sustain the intensity of your moves, choose one of several base styles, and press directions to pull moves over your basic groove. Plus you get one special move which can go on any style. I like it! The music's good, the moves are right, and it's hard not to start tapping toes and nodding along. Good to dance with other players too. And I do like the camera option whooshing all over the club.

No club is complete without bevvies, and GTA Online's have a menu running from cheap beer through vodka, whiskey, whisky, and champagnes which players can shake and spray - including one which costs $150,000 a damn bottle. Do be careful with the $350 Macbeth whisky - one dram will knock you out then you'll wake up... somewhere. Perhaps the bogs, the club's office, or on a cargo ship in the docks several miles away...


[Obvs I clipped the loading time out of that -ed.]

Though I was grateful for the hangover-shaking swim when I woke up on a golf course. 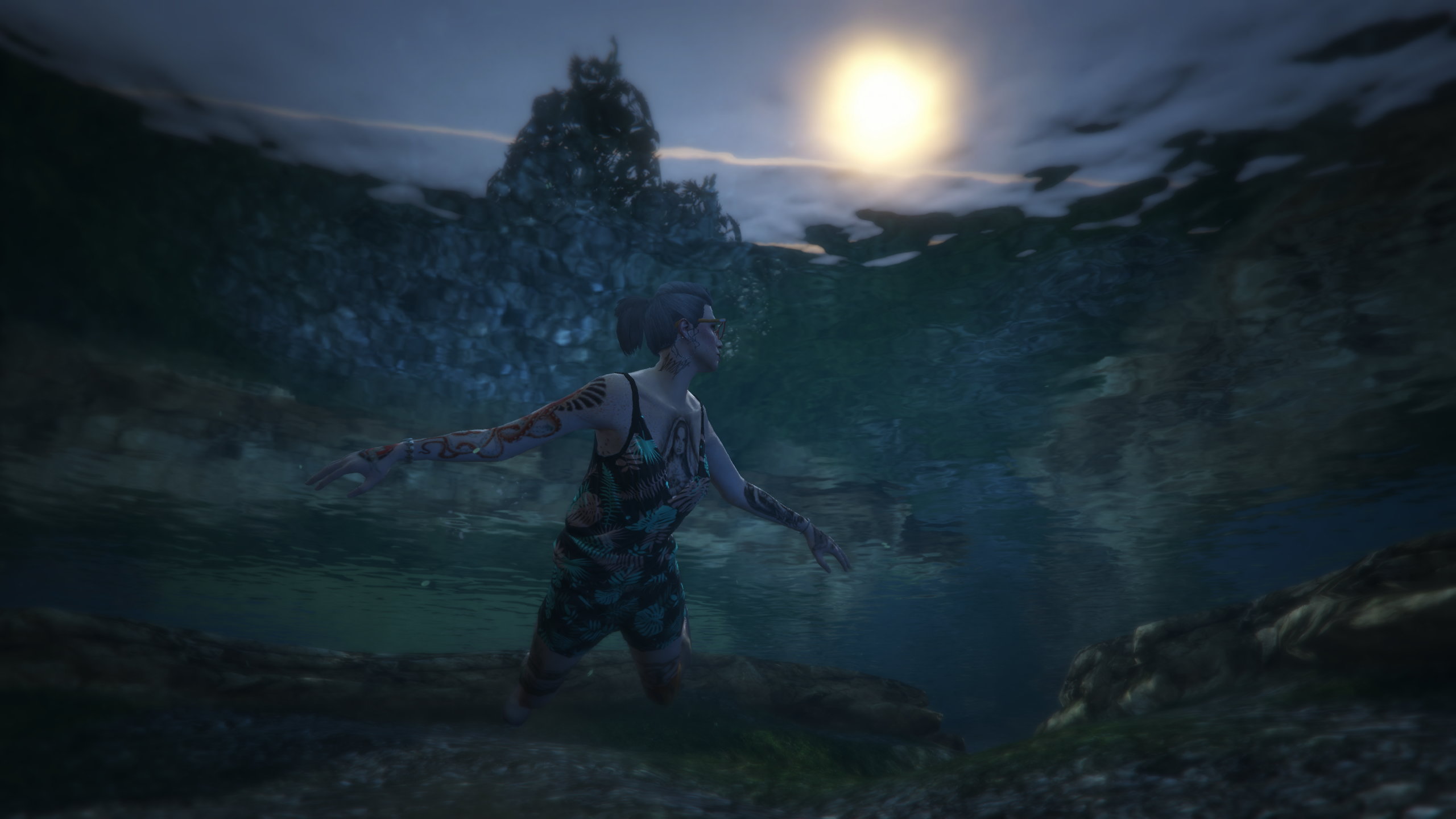 If you want to run your own club, properties start at $1.08 million for one in the docks, going up to $1.7m for a club in West Vinewood. Fancy it up with decor options (including one looking straight out of Saints Row), dancers, lighting rigs, dry ice, extra storage for cars and illegal goods, and you can push that all the way up to $5,072,400. Plus you'll want to hire warehouse technicians for your clubcrimes.

Nightclubs can hook into your Motorcycle Club and Organization businesses, see. I don't know how their income stacks about against other crimegrind but if I can make cash when pulling shapes, I'm up for that. A new 'Business Battle' free-roam event accompanies this, pushing owners to fight for extra crimesupplies.

On the slightly cheaper end of the scale, the update brings seven new vehicles too. These range from from an SUV limo to a festival bus with a giant light-up skull. I have not yet seen one; I want one.

Disclosure: Like half the population of Edinburgh, I know some folks who work at Rockstar. I swear they're just... everywhere. You cannot walk down a main street without passing at least two people in years-old Rockstar t-shirts and hoodies clearly from the staff stash.