Rockstar have opened up a little about future plans for GTA Online, saying that later this year they will launch its "biggest ever update" including "our latest take on Heists in an entirely new location." That's mega-vague but potentially quite exciting. You could read a lot into that, dreaming that they'll be adding Liberty City. Or you could guess it'll be, like, adding a new bank to Los Santos. I'll wait before getting too excited but I am glad to hear Rockstar have big plans ahead.

The crimelords teased their plans in a blog post today. Before we see any sort of new heisting, a summer update is coming, "offering up a fun mix of diverse new content from the game's massive array of experiences to enjoy." So maybe a few races and missions for various modes? And hopefully some new fashion? Ah, who knows. For now, Rockstar show one car: 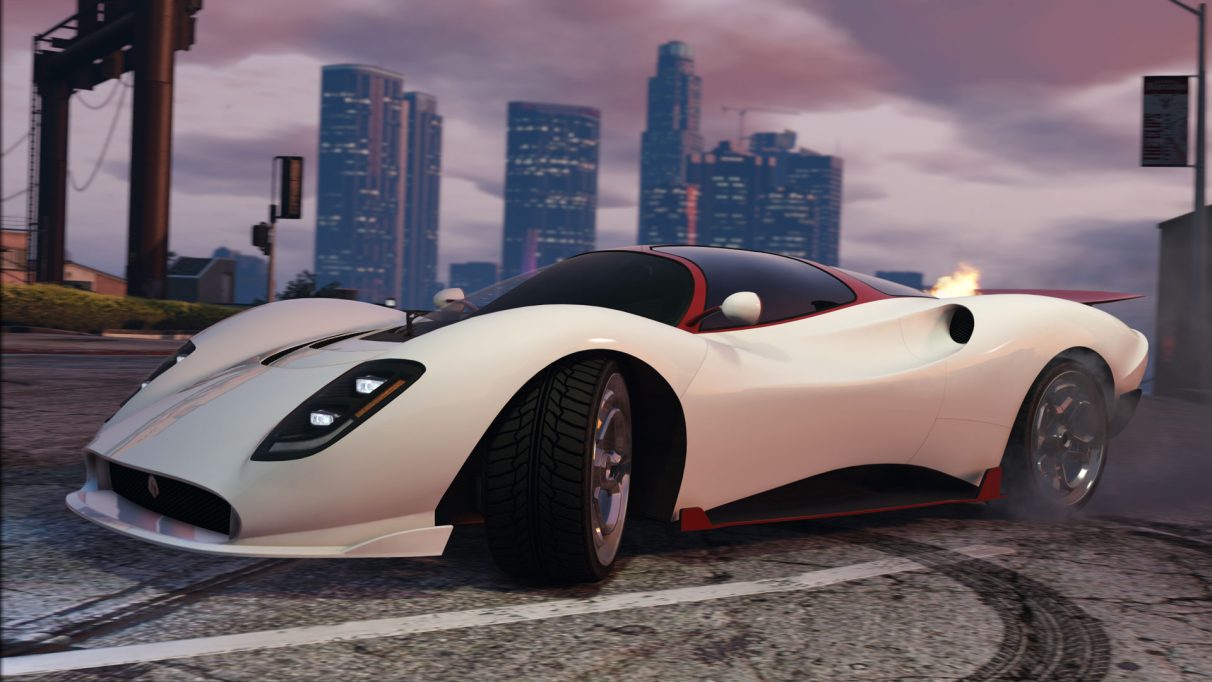 Separate to that, they say "later this year" we can expect "the biggest ever update for GTA Online, featuring our latest take on Heists in an entirely new location." Now there's a degree of vagueness which lets people build their hopes and expectations too high.

Whatever you've dreamed of could fit inside this. A heist in North Yankton! A heist in Vice City! Blasting off to the Moon to steal its cheese! Or maybe it's just a new building/facility/boat in Los Santos to bust into. Maybe the tower that's been under construction for seven years will finally get finished. No idea. I'll not pin my hopes on anything specific at this point.

I am still excited to hear they're dreaming big. When Rockstar announced GTA V was coming to the next generation of consoles, they said GTA Online updates would continue. I wasn't really expecting anything huge. As someone still happily dipping into GTA Online every now and then, I'm excited for more. I know a lot of folks are rightfully wary of GTA Online's tedious grind for cash, but the heisting really is great.

Also, Rockstar say Red Dead Online will next week "introduce players to the secrets of naturalism as part of an all-new Role" and if that means weird animal tours like Nate's I will scream. I mean, the word "naturalism" does not mean anything like that, but the post has lots of screenshots of animals so I assume that's what's up. At least they didn't say "naturism".

Disclosure: Like half the population of Edinburgh, I have some pals at Rockstar. I think they work on... stuff? I don't ask. Would be a bit weird.