You know when you see a game and just know "oh yes, that is for me"? I knew just from a screenshot of As Far As The Eye that it would be my wheelhouse. Hexagonal tiles, turn numbers, and resource counts tell me it's a turn-based strategy game while the vibrant colors and giant, fluffy creatures give me that tingly feeling in my heart. Fortunately, you and I won't have to wait long to try it out. As Far As The Eye will launch on September 10th according to its new gameplay video.

"You play as the wind guiding the Pupils, a tribe that must reach the center of the world," say the developers at Unexpected. "You’ll have to manage their resources, their buildings, and their lives. Help them grow wiser through agriculture, crafting, scientific and mystical research before the world is submerged."

I quite like the look of it—from the autumn colors, to the giant hairy oxen carrying the village, to the smaller cloak-wearing Pupils that appear to be animals themselves. Each one carries a colorful balloon draped with ropes. I don't even know why, but I think it's adorable. Your tribe itself is made up of little folks that look like foxes and birds and, oh yes, bears.

I've barely a head for strategy, really, but somehow I always find myself drawn to turn-based roguelike things like Overland and Dungeon Of The Endless. I suspect that As Far As The Eye will scratch that itch for me. It does away with the stress of combat, which seems like a worthy change of pace for me. Instead, you'll be managing your Pupils' hunger, protecting them from random events, and trying to keep them ahead of the encroaching flood.

You can find As Far As The Eye over on Steam where it will launch September 10th.

In the meantime, lookit that little fella named Uril. Look at 'em! I'll have a whole tribe of bears if it will let me, as always. 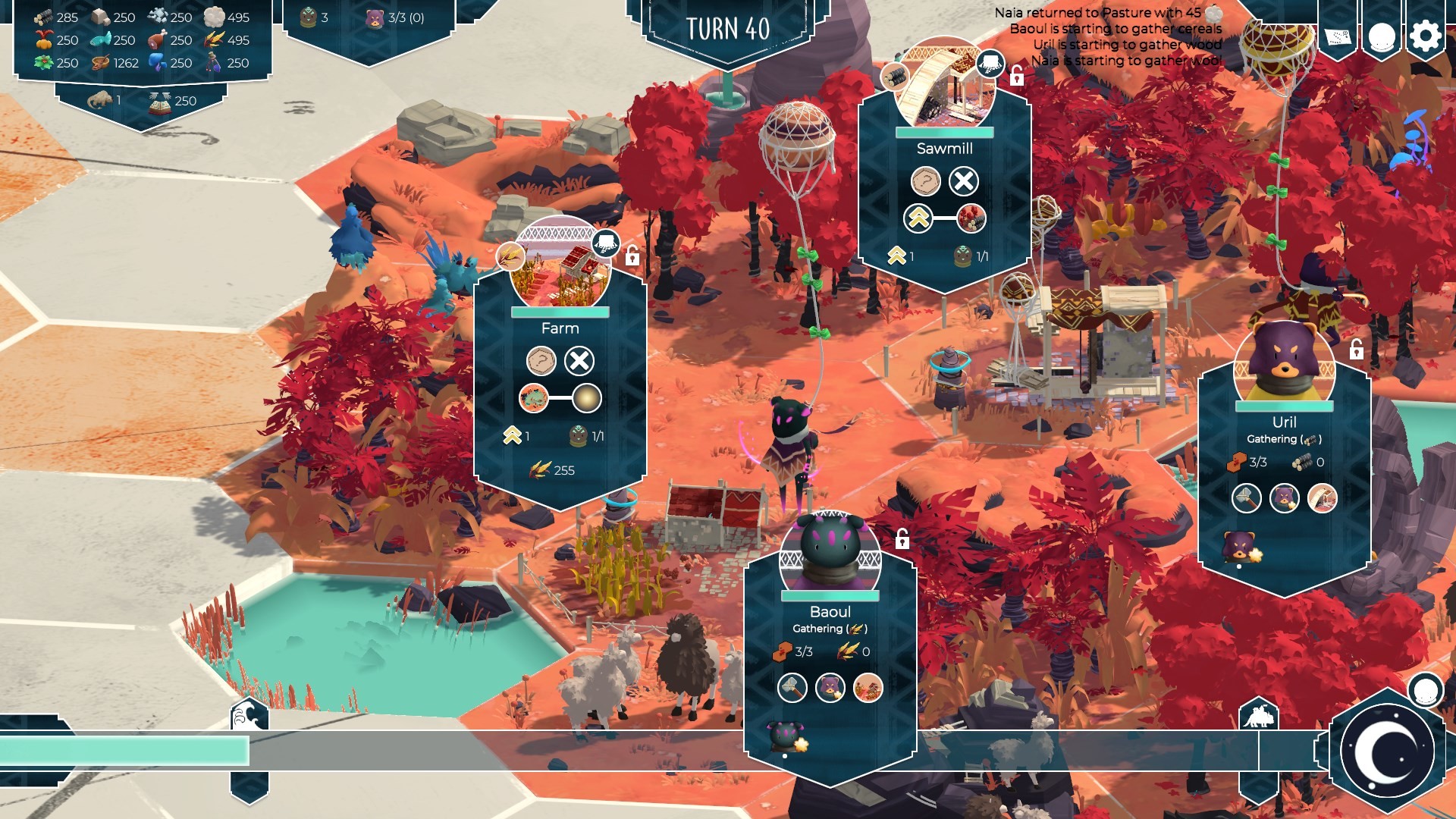