This is my last football-related Have You Played for a while, I promise. In my defence, they've all been very different takes on the sport. World Cup 98 was about hacking the opponents into oblivion. Natural Soccer focused on controlling the ball in mid-air with seemingly telekinetic powers. And today I'm taking a look at the glorious Ludum Dare title, A Small World Cup, which focuses on propelling your lone ragdoll player through the air again and again, trying (and failing) to hit the ball while your lone opponent does the same thing with equal amounts of success. And d'you know what? I think this one might be my favourite.

You know when you come across something, and you're actually annoyed at how brilliant it is? Because it's so simple, so attainable, yet so novel. That's the feeling A Small World Cup instills in me. Created in two days by Rujo Games for Ludum Dare #38 (theme: "A Small World"), the so-called World Cup comprises of a string of 30-second 1v1 exercises in complete chaotic nonsense. Pinging your ragdoll player across the screen with anything approaching accuracy is much harder than it looks. And therein lies the beauty. It's very rare that I laugh this hard at a game, and what's more, the laughs come every few seconds. Here are just a few of the possible outcomes of propelling your player through the air: 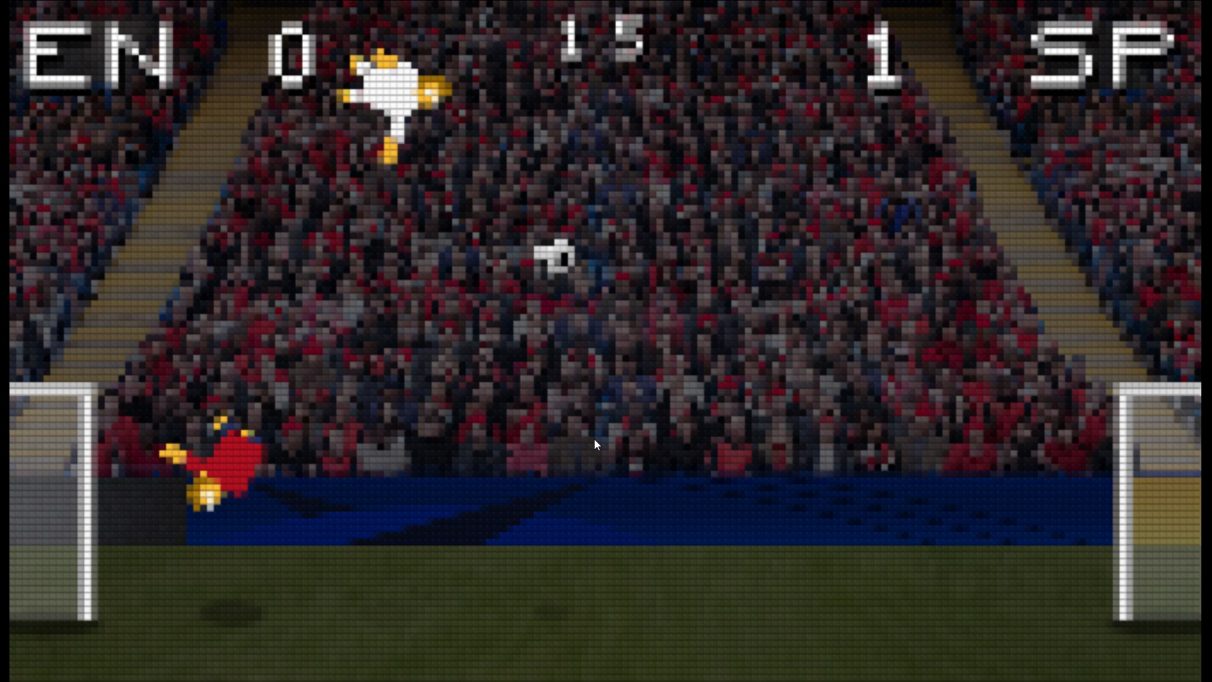 It's such a shame that there's no multiplayer and all you can do is play against the AI. I really do wish this could be expanded upon, because it would absolutely guarantee a rip-roaring, side-splitting good time with your friends. You can (and should) give A Small World Cup a go right now yourself.