Commandos was hard. It looked like an RTS but it wasn’t like Red Alert. That confused me. Your small band of soldiers need to be in the right place, at the right time, or else the plan would go to hell. Levels were puzzles that required patience and timing. I don’t think I ever got past the first handful of levels. But I’m glad it existed, because it's responsible for... well, look behind you and see.

Sneak attack! You're dead by ninja. This is actually the Have You Played for Shadow Tactics: Blades of the Shogun.

Have You Played... Shadow Tactics: Blades of the Shogun? 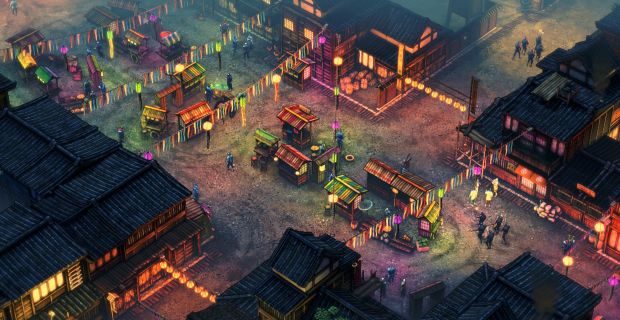 Shadow Tactics came out late last year and adopted and improved most of the ideas of Commandos. You can time your stabs and ninja stars so that your team of assassins will strike in perfect unison. There is one particular thing they’ve kept from the crack WWII squad – the sniper reticule. One of your team has a gunpowder rifle with a crosshair that makes everything under your mouse cursor larger.

Tactically, you need to be in the right place to aim your shot. And the rifle is loud, alerting enemies to your presence if used too close to them. Apart from that, it’s fun to see a really specific visual effect from a 90s game suddenly pop up in a game from 2016. I realise that I've essentially smuggled a recommendation of a contemporary game inside the skin of what was supposed to be a retrospective of a beloved series. But I'm not sorry. It's a better game.