If you played Max Payne, you basically played Enter The Matrix. It was like that pastiche slo-mo shooter, except you had the music from The Matrix trilogy following you as you bullet-timed across rooftops and sprinted through the streets. To be fair, there was wall-running and kung fu, something Max never learned, the layabout.

That’s all besides the point. Because Enter The Matrix had something much better than that hidden in its extras. Don your mirrorshades, my phreaking phriends, and let's remember the cool hacking minigame. 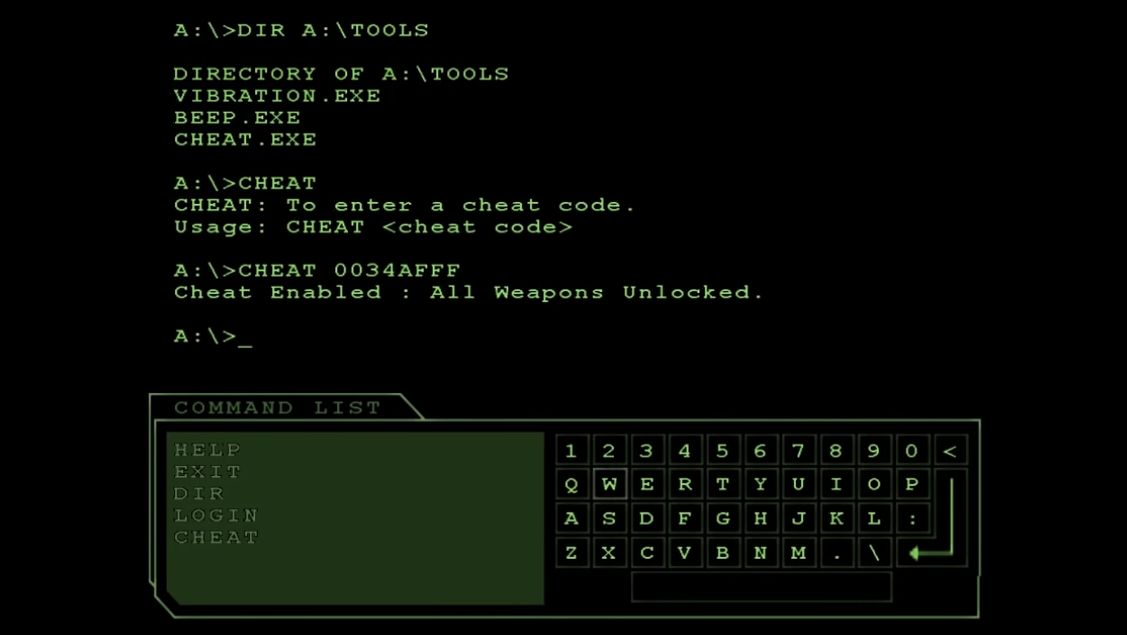 All right, it was more or less a “guess the password” game. But it used a green-and-black command line interface, like that dead Compaq haunting your auntie’s loft. And it doubled up as the method for activating the cheats in the game. That is c00l and if you say otherwise, you're a cop.

I think I enjoyed this hacky extra more than the run-gunning of the game itself, which was overfond of tedious “escape the agent” levels that lost their adrenal appeal after the fifth death. There was no such pressure and confusing level design from the hacking minigame. Just obscure commands and the time to hack it all out. Radical.