Have You Played? is an endless stream of game retrospectives. One a day, every day, perhaps for all time...

Tembo the Badass Elephant is possibly one of the greatest names in the history of videogames. It instantly conveys everything you need to know about the game and perfectly encapsulates whether you're going to like it or not. He's Tembo. He's an elephant. And he's a BADASS. In my books, that's a big trunks up.

Personally, I'm amazed the catch 'em all minds over at Game Freak even managed to squeeze him in considering they must have been working on Pokemon Sun and Moon at the time. But squeeze him in they did, and the result is one of the most winning and charming platformers I've played in ages.

You can see where the studio airlifted in some support for Tembo. The peanut collecting and shooting out of barrels is pure Donkey Kong Country, while Tembo's malleable, transforming trunk and butt-stomp attacks are straight out of Kirby's playbook. But neither of those Nintendo classics go BA DA BA DA BA DA BA DA as they rampage across the screen, and nor do they elicit helium-infused WAHOOOs and fanatical arm waving when they rescue silly trapped humans and put them on their back.

It's videogame joy in its purest form, although you'll probably want to play it with a controller, as the default keyboard controls are pure videogame outrage. I mean, come on, who maps movement buttons to the arrow keys and puts jump on Z and charge on X? That's madness. You can reassign said keys, but you'll definitely appreciate Tembo more if you play with a pad.

It's not perfect. There's a horrendous difficulty spike later in the game that reminds you why hulking great elephants are rarely the stars of precise, nimble platformers, and I also wish Tembo's walking speed was a smidge quicker so it didn't feel like you got whiplash every time you went from plodding along at a snail's pace to tearing across the screen when you charge.

Despite this, though, I do have a big soft spot for Tembo. It's as daft as they come, but it also knows how to revel in its own silliness. With its bright, colourful looks and perfectly pitched humour, it's a game an elephant will never forget. 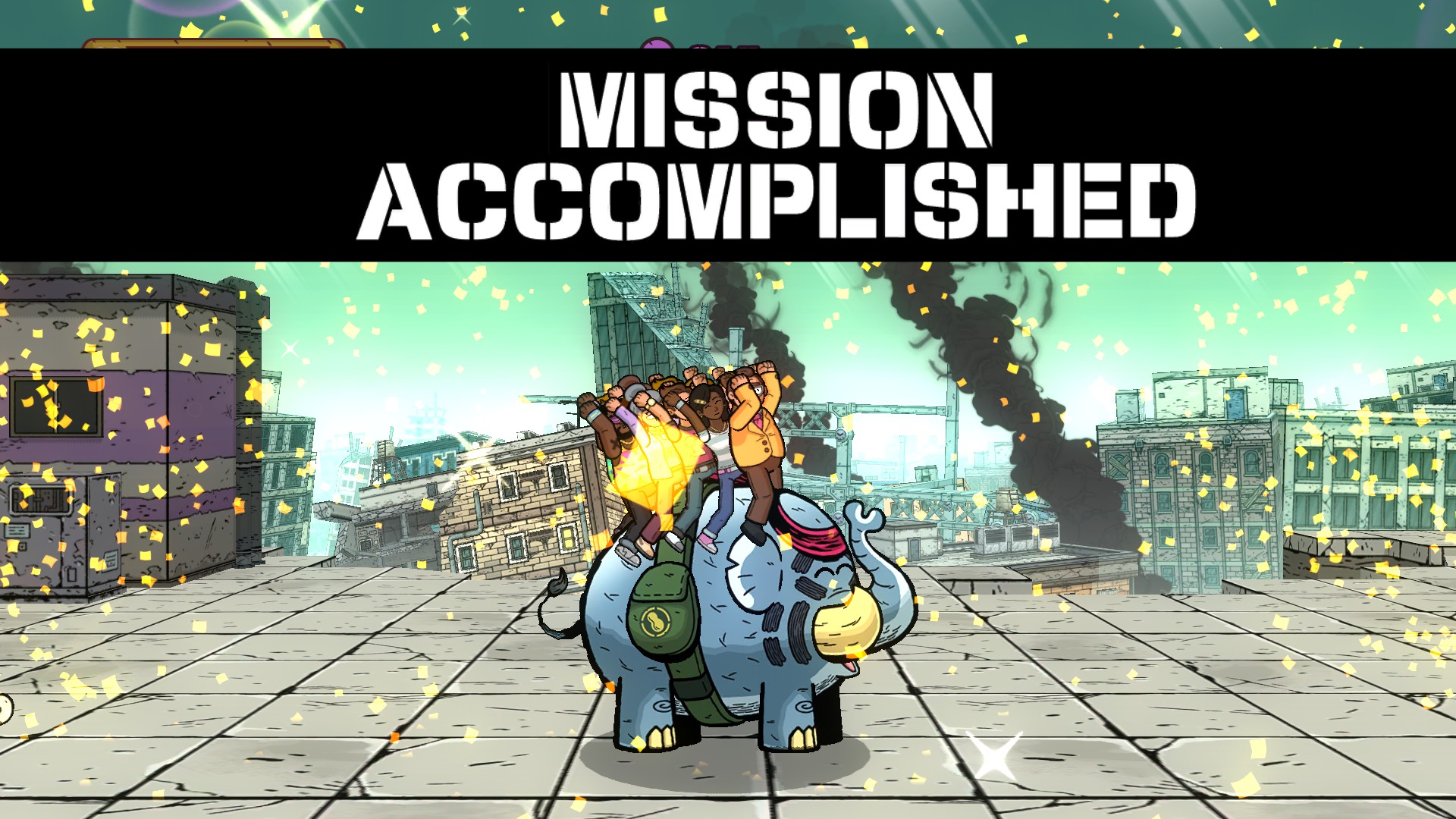