After reading a lot of “Have You Played” retrospectives, it’s very common to dig up an old game, boot it up, and enjoy fifteen minutes of nostalgia, followed by the creeping realisation that it’s not as good as either you or the author of the post remembered. Luckily, Ultima Online - the first game I ever played online - is immune to this fate. That’s not because it’s no longer available. Oh goodness no; this Methuselah of MMOs, which predated World of Warcraft by nearly a decade, is still running after 22 years. But the cultural and technological circumstances it was born into are gone, never to return. People talk a lot of whimsical guff about the dial-up age, and you know what? 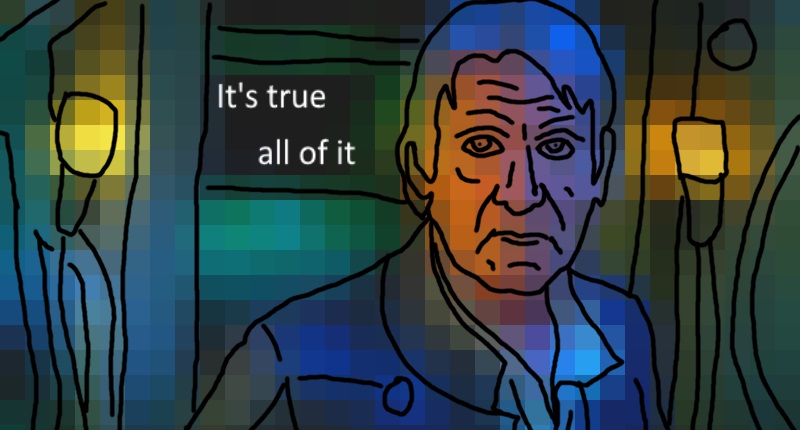 Your standard teenager in 1997 viewed going online in the same way that Medieval sailors viewed Atlantic sea voyages. It was a several-stage process with loud noises, multiple status bars, and endless potential technical collapses looming at every turn. Once you were online, your house was completely cut off from the world (as the landline was the only phone), and you’d be racking up a per-minute bill that created an air of palpable tension throughout the whole family. It was like being in a WW1 submarine on an emergency dive, only instead of the air filling up with carbon monoxide, it was filling with your father’s anxiety and incomprehension.

But it was all worth it, for the hour or two per week I got to spend playing Ultima Online. I remember my first game with savage clarity; I was a miner with a pair of black leather chaps and a vile grey beard, like a murder-hitchhiker trying to blend in with the Folsom Street Fair. I had a pickaxe and (I think) a mule. After logging in, I simply walked north and marvelled at the people around me - all controlled by other actual humans! - blurting out impenetrable jargon as they prosecuted an entire economy. I didn’t want to be a hero or a lord, as I’d never be allowed online often enough to manage that. I just wanted to be a tiny cog in this immense, strange machine.

And so I walked north, into what appeared to be an endless war between monsters and men. Brutes spawned here around the clock, and were fought back by endless waves of players fresh from spawn. It was like the opening scene from Enemy at the Gates, where the red army conscripts are herded off the train and straight into the hell of Stalingrad, only with ogres and wolves instead of Nazis. I think I tried to fight a bat, but after my mule was guzzled like a braying, pixellated kebab by a passing ettin, I gave up and did some panic-mining at a cliff face in the heart of madness. When I finally returned to town, I think I had something like one fifteenth of the ore I needed to do anything useful, and so I sold it for pennies. It was one of the most exhilarating nights of play I’ve ever experienced.