Lovable television strongman Henry Cavill overclocked hearts around the world when he documented his latest PC build on Instagram this week, reminding us all once again that even Hollywood A-listers with inhuman physiques can turn out to be giant, lovable nerds on the inside.

But as it transpires, Cavill isn't the only one in Tinseltown who knows their way around these inscrutable, whirring machines we call "computers". Indeed, in the wake of his charming video, a swathe of weapons-grade celebs have come out of the woodwork to reveal their secret hardware passion, and have all - somehow - chosen to share their PC build secrets exclusively with us. Read on, then, as we reveal the rigs of the stars: 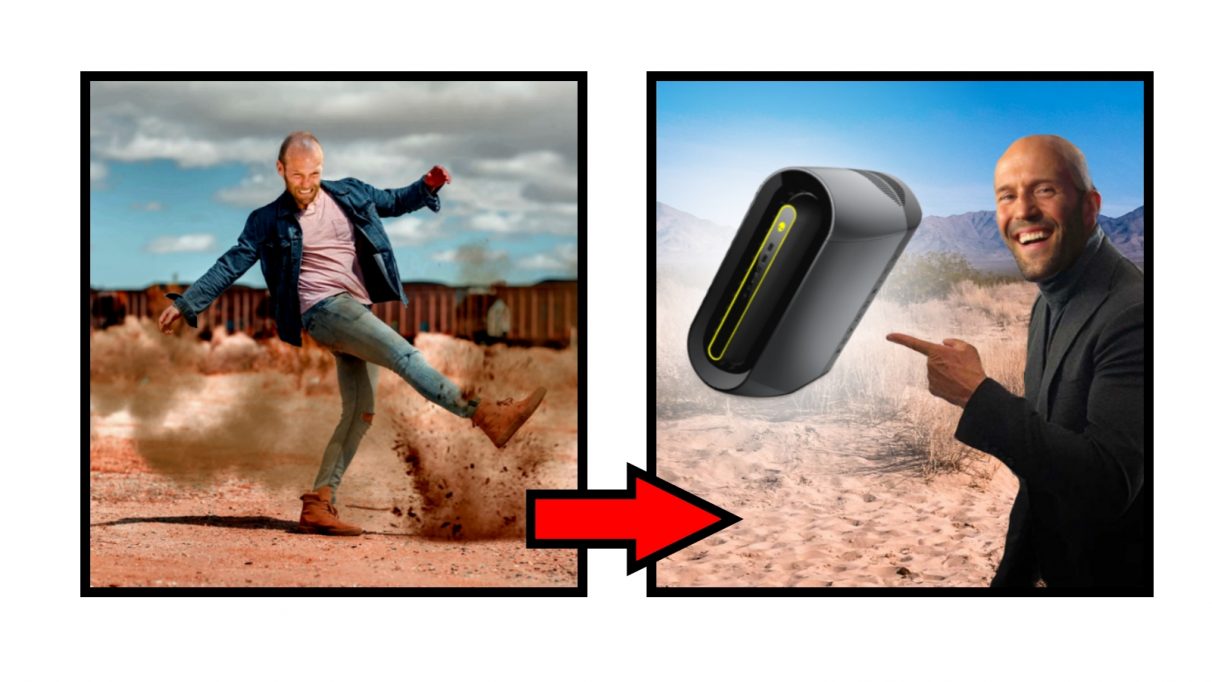 The fabled son of a breezeblock and a pub threat, living fight Jason Statham is a man of such power that any conventional PC build would quickly spiral into disaster in his hands. If he can snap an inch-thick granite worktop in two just by calling it a dickhead (he can: I watched in tears as he annihilated my kitchen with swear words), what chance does even the sturdiest bit of circuitry stand against him? Luckily, Jason does not need to worry about such paltry concerns as components.

As he graciously revealed to us, when Statham wants a new PC - or a "thinking telly", as he insists on calling them - he simply sprints into the nearest desert at inhuman speed, and begins kicking a patch of sand relentlessly, until it fuses into microchips and functioning silicon wafers. He then proceeds to shout incredibly hard at this pile of fresh electronics, sometimes for hours without taking a breath, until it assembles itself into a top-of-the-range gaming rig out of fear. Alas, any game Jason attempts to play spontaneously completes itself as soon as he boots it up, as it's too scared to be interacted with by him. So he just abandons his astonishing machines right where they were made, as silent monuments to his mastery over God's creation. 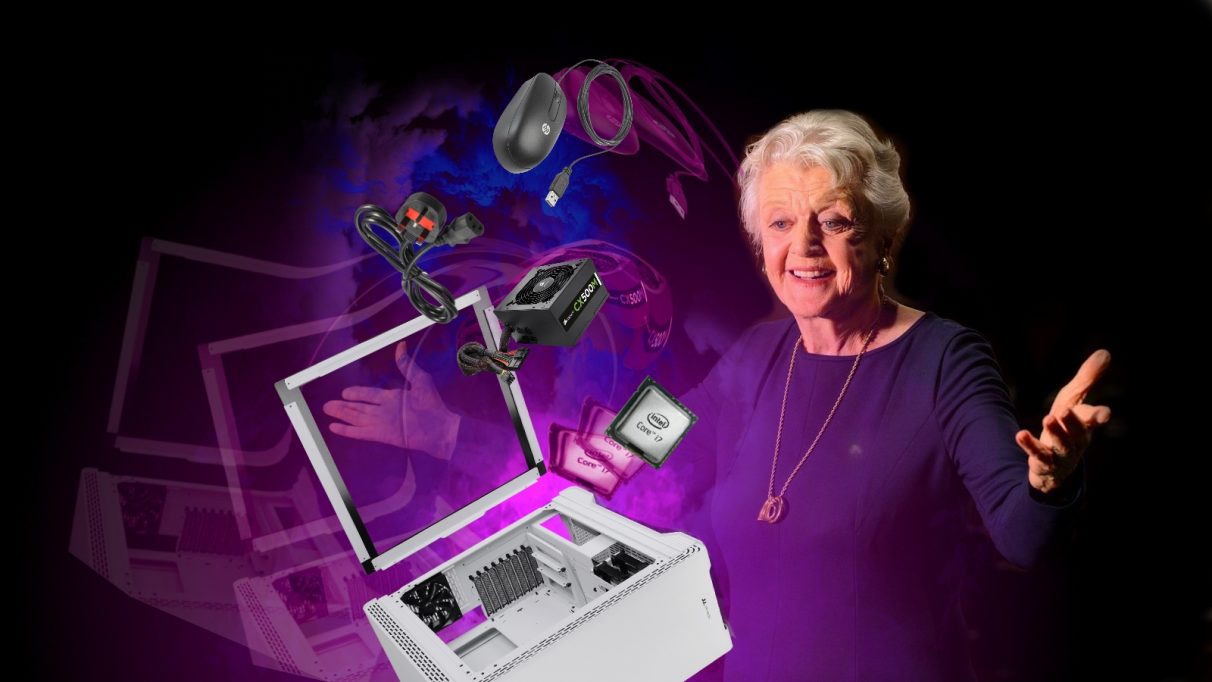 National Treasure Angela Lansbury is best known for a career on stage and screen that has spanned eight decades and seen her take on a wealth of memorable roles. But the good Dame is also an utter beast at Call Of Duty: Warzone, where she dominates the gulag under the moniker ~*MurdaSheWrote420*~, and maintains a horrifying KD ratio of 9.4. As if that wasn't enough, it's one of Hollywood's open secrets that Lansbury is a warlock of extreme power, and she uses the powers granted her by the abyss in order to build some bloody spectacular PCs.

In the rare event she loses a round of Warzone, she'll hurl her current computer into space to punish it, before lighting a few scented candles in her study, and rattling off a quick canticle of ligature in ancient Akkadian. As we all know, this will summon an unholy familiar bound to her service, which Lansbury will send into the world to acquire a selection of reasonably-priced components for her. Once the components are collected, she will extinguish every light in her mansion and assemble the computer with the power of her mind, while singing a medley of pleasant show tunes. Be warned, then: if you're ever in PC World, and see a dog with radiant yellow eyes and human hands come in with a shopping list, you'll know Lansbury is on the hunt. 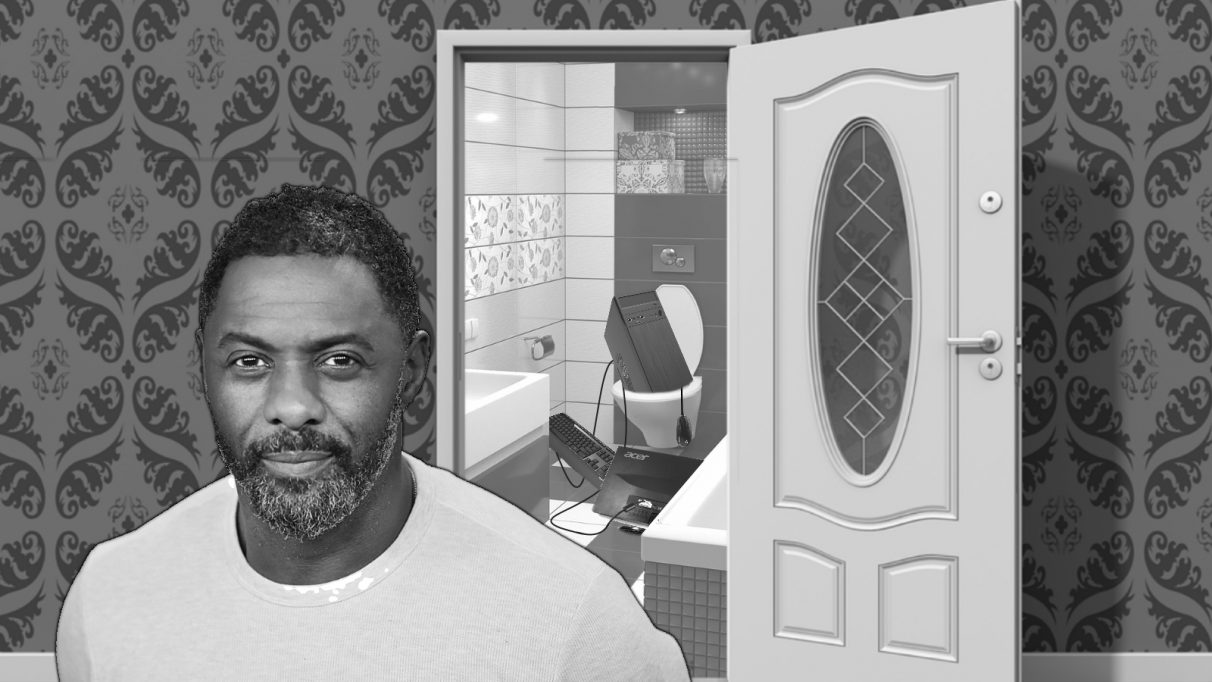 Idris Elba laughed when I showed him Henry Cavill's PC build video. He was at my house, you see, where we were enjoying a nice lunch of crisps as we often do, before settling down to play a spot of Age Of Empires 2. "Yeah, that's cute," Idris said of Netflix's Geralt as he fiddled about with wires, "but watch this". Watch what? I thought to myself, as Idris drained the last of a bag of wotsits into his mouth, but the Hobbs & Shaw star just broke into a lopsided grin and said he'd tell me after he'd taken a quick break to go to the loo. When he came back from his ablutions, however, Idris revealed nothing: he just winked, and said "you'll know soon enough", before joining me in a 2v2 Team Islands game, where we utterly thrashed the opposition.

When the game was done Idris bid me farewell and, with a single flap of his enormous arms, he soared out of my kitchen window into the sky. As his traditional parting cry of Idris, Away! echoed through my home, I felt somewhat dejected that he had left before telling me his secret... until I visited the bathroom myself and discovered his prank. There, lying in the bowl of my toilet, was an entire mid-range gaming PC - completely spotless and ready to play. I shook my head and smiled. Idris bloody Elba, I thought, you've only gone and shat out a perfectly assembled computer, haven't you?. That smooth bastard; he'd done it again. 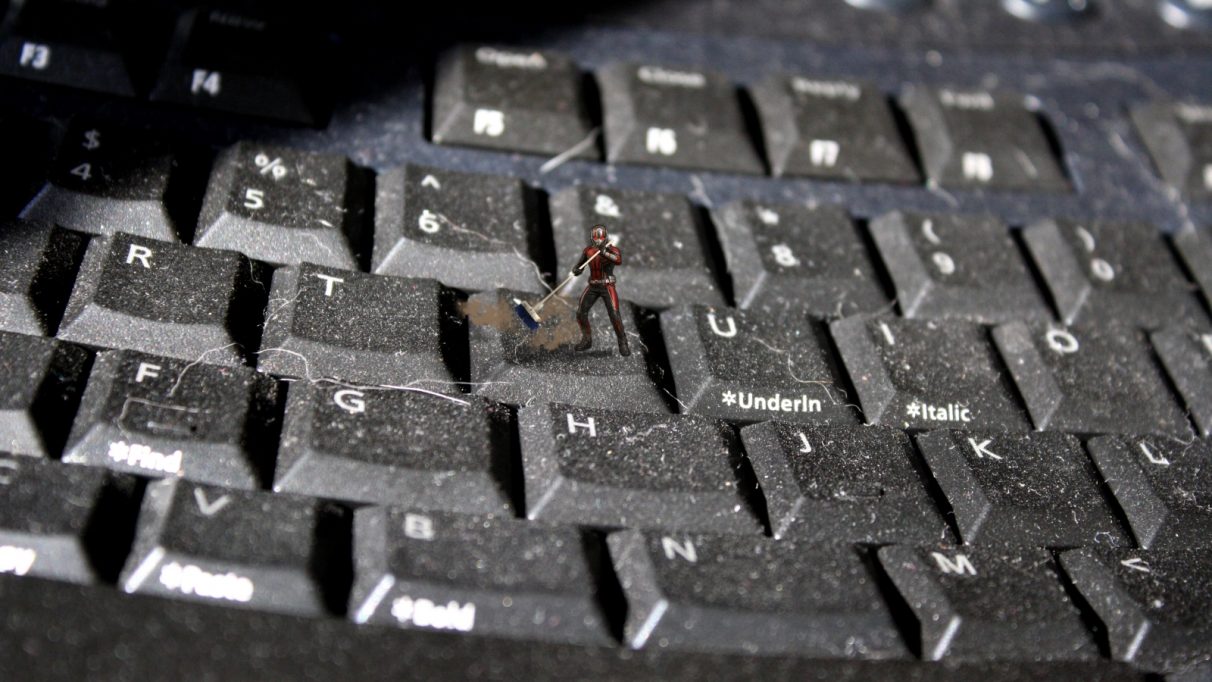 Poor old Paul Rudd. The ageless jokester would dearly love to get into PC building as a hobby, but it's just not possible for him. The sad truth of the matter is, as we all learned during the film Ant Man, Rudd is just far too small to operate conventional machinery. As luck would have it though, Paul is a humble man, and pretty handy with a broom to boot, so he's the perfect solution to the unenjoyable task of cleaning a keyboard.

If you give him 20p (which is worth one million pounds in ant money), he'll sweep your keys clear of all grime - even the debris left behind by a legendary Idris Elba crisps sesh - and crack jokes throughout in his tiny little mouse's voice. Not only that, but for an extra 10p he'll even wear his Ant Man costume while he sweeps, and for 5p more he'll hire some of his ant mates and maybe a woodlouse or two to get the job done quicker. Good old Paul Rudd. 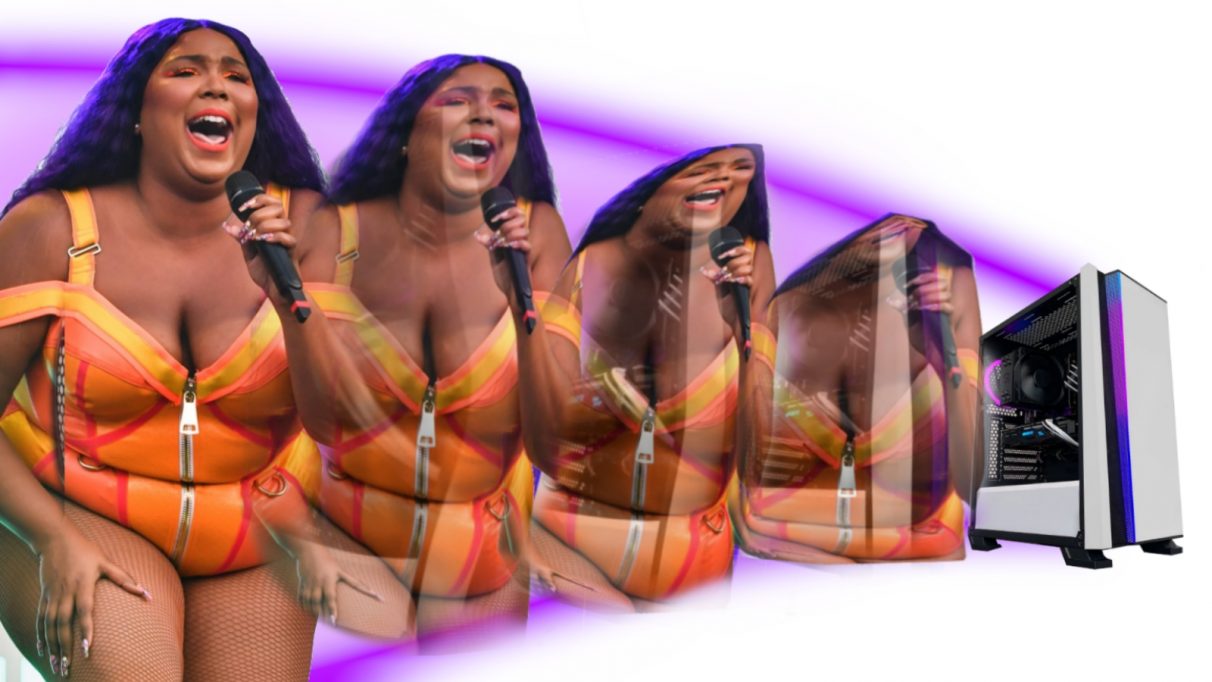 The celebrities listed above all have a pretty good game when it comes to PC assembly, but they still pale in comparison with US musical powerhouse Lizzo. You see, unlike the rest of these secret hardware fiends, Lizzo has no need of sand, demons, wotsits or anything else when she wants to set up a new rig. That's because, ever since she solved a riddle posed to her by a haunted edutainment CD in her youth, the Detroit-born singer has been both blessed and cursed with the ability to transform into a PC at will.

When she wants to take on her ultimate form, Lizzo screws up her eyes really hard and sings the forbidden note known as Middle J, whereupon she will morph into a tower unit with a spectacular RGB light setup in a matter of seconds. Unfortunately, she doesn't come with a monitor (although Harry Styles is rumoured to turn into an Acer Predator on moonless nights), and the only game in her Steam library is Daikatana, but it's an impressive feat nonetheless. Thanks for being able to turn into a computer, Lizzo <3