I've had Artifact on the brain these past few weeks, so I've mulled over the phrase "Dota-inspired card game" more times than I count. But what does Dota-inspired really mean? Artifact has lanes and creeps and heroes and also some nifty rectangles if you haven't heard, but that just makes it a MOBA-inspired card game. What makes it a Dota game? I spoke to Artifact programmers Bruno Carlucci and Jeep Barnett to find out.

Artifact has been in development for about four years; Carlucci and Barnett joined the team about two years ago. The project got started when Magic: The Gathering creator Richard Garfield and Magic designer Skaff Elias, along with a few folks from Valve, came up with an idea for a digital card game capable of cool stuff that physical card games can't pull off. It's easy to assume that, from there, they slapped Dota on it because it's a big, recognizable brand with ready-made characters and lore just begging to be repurposed. But Carlucci tells me they're working in the opposite direction: rather than using Dota as a crutch to support Artifact, they're using Artifact as a vehicle to explore Dota. 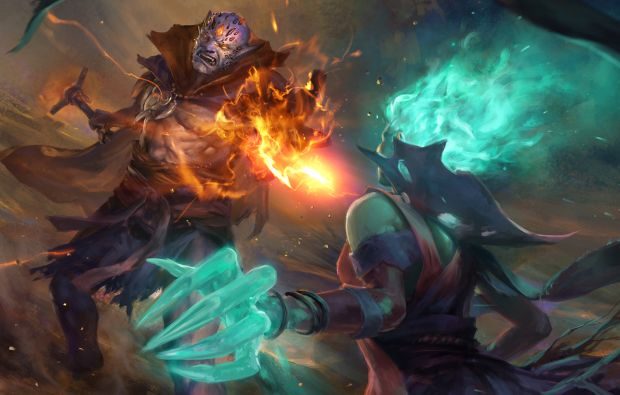 "Different types of games lend themselves to telling stories in different ways," Carlucci said. "Dota is a fast-paced multiplayer action game. Here, as a turn-based game, there's a lot more time to absorb the dialogue. The Dota universe is so rich and so unexplored. You see the same battlefield over and over, and you learn about the characters there, but you only hear about their hometowns or you hear about their friends or their rivalries. This is going to be really exciting for Dota fans to get to see more of those places and learn more about the characters that they like, and also introduce some new characters. The story will move around the world."

I get that it's easier to stop and listen during a card game rather than the middle of a team fight, but I'm still skeptical of Carlucci's comments on fleshing out Dota through Artifact. Because in my experience, card games do lore a hell of a lot better than they do story. There may be tribes and themes and canonically connected cards, there may even be a few standout hero characters, but it's almost always just a backdrop, some pretty curtains framing the thing you're actually looking at. It's context. It doesn't affect how you build your deck or take your turns, so it's regularly ignored by most players. 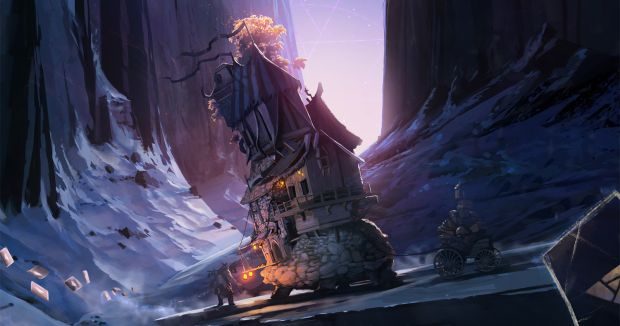 Artifact does have a few things going for it when it comes to holding the player's attention. For starters, like Carlucci said, Artifact will introduce some new characters. And critically, some of those characters may come to Dota 2. Valve has been tight-lipped on how much of Artifact's content will cross over, but even a little newness would put a lot more weight behind the story Artifact is trying to tell. And as I understand it, the story it's trying to tell isn't going to be a cut-and-dry, modular tale. Expansions in most card games basically do their own thing, but Artifact is looking to continually build on a core storyline.

"As you play, you'll see how it plays out, especially in the dialogue," Barnett said. "Characters will communicate with each other. When they're in a lane together, they'll yell at each other - insults if they're on opposite sides or they'll be chummy if they're on the same side. And every time you play, since you get different combinations of those things, you hear different parts that explore what's going on in the story. Over time you sort of learn how that fits. And what happens in one set will carry over sort of a story arc into the next set." 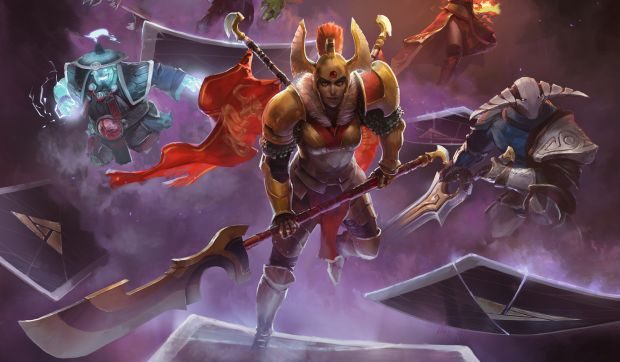 And what is happening? Barnett broke it down for me. "The first set of cards that you play with explores a story within the Dota world," he said. "It's sort of this three-way battle between these large military factions. You have the Bronze Legion who already exists within Dota, the Legion Commander is the leader of that. She's trying to defend her home town of Stonehall, which is this really big fortified city. There's this incoming force of Red Mist, which is led by Sorla Khan, and she's the leader of this horde that's just ripping through the countryside and heading toward Stonehall.

"The Bronze Legion wants to stop them, and they're going to do this by occupying a city where the Vhouls live. The Bronze Legion and the Legion Commander are working with a commander there known as Rix, he's a new character in the Dota universe. They're old friends. But as occupation forces usually go, the people who live there aren't too happy about it. So Rix sort of changes his mind and decides to spark up a rebellion against them and kick them out. So it's this power struggle between the Vhoul people, the Bronze Legion and the Red Mist. That's where this game takes places in terms of all the things happening within the cards and various spells and locations. Which of these factions win or lose, or if they all lose, all that will play out in the next set." 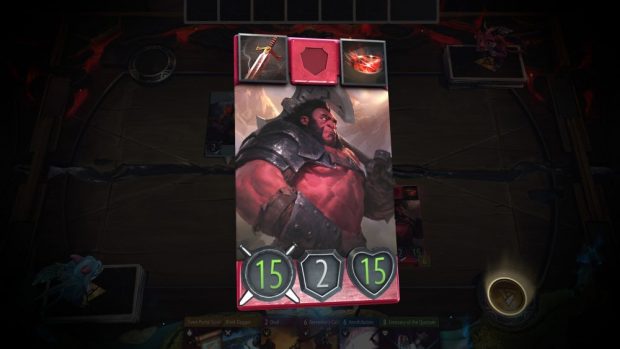 Speaking as someone who's not exactly a Dota scholar, I like this power struggle setup because it makes the conflict clear and it gives me someone to root for (ie the faction I think is the coolest). Now I want to know how I root for them, because according to Carlucci, there's no discrete story mode. Of course, when I previewed Artifact, I played against AI, so there could well be AI modes with some story significance.

Carlucci compared Artifact's story to the environmental storytelling of Left 4 Dead. "It's not like you go on a march with all these people," he said. "You understand the situations going on the more you play." And as with all things Artifact, "the more you play" really are the magic words. Valve has a spun a neat little yarn here, but it remains to be seen whether they're gonna turn it into something players can properly get into or if it's just going to be more curtains.

Want more? Read our Artifact hands-on, how Valve are addressing problems with other digital card games, and our guide to the great card games you can play right now.