It's been of my understanding that getting cats under control is an impossible task. And yet, I thought I'd managed it with the help of Cats Organized Neatly. The delightful free demo had me thinking myself a master cat-wrangler right up until this massive dozing kitty slumbered its way into my life. With a free demo for the adorable pet puzzler out now, I am begging your help - where am I supposed to put this absolute unit of a feline? 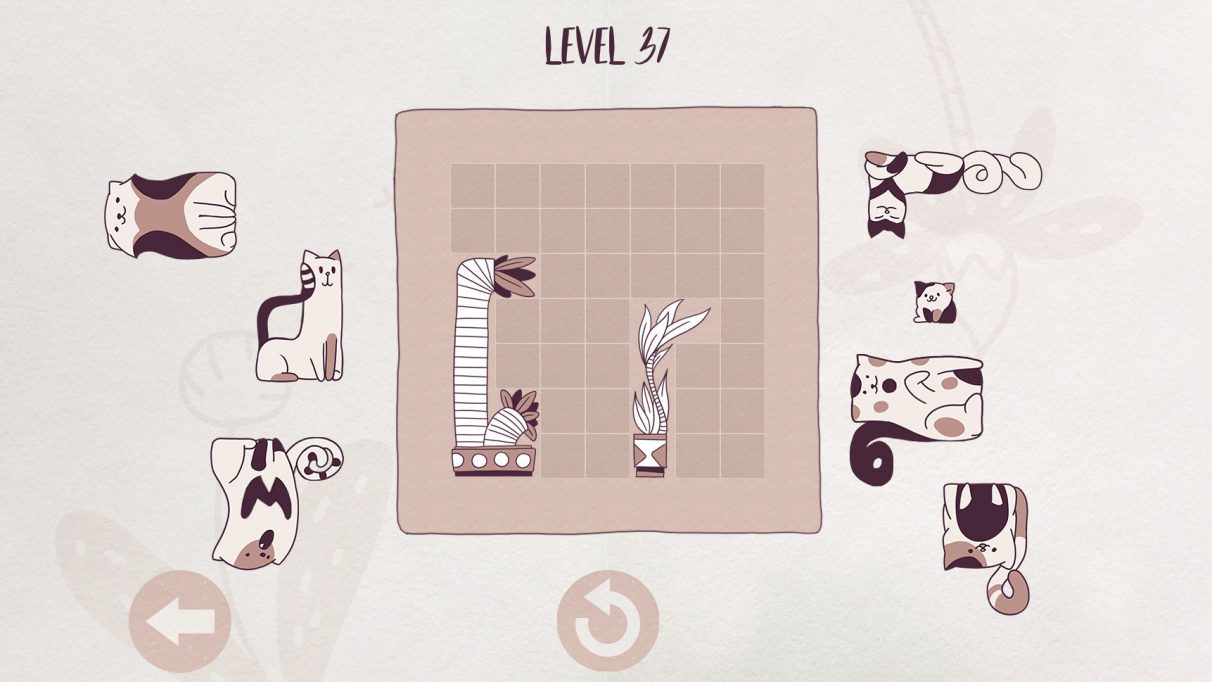 Cats Organized Neatly is a simple enough wee game. You've got a handful of cats, and they must simply be organized in a way where nobody is stepping on anyone's paws. While the game doesn't behave by Alice O's "cats are a liquid, just pour them onto the grid" logic, they are conveniently geometric enough to slot together.

Nothing too out-of-the-ordinary, sure, but developers DU&I have put together a wonderfully charming little hand-drawn puzzlebox. Each of the game's 32 cats is brimming with personality - and while animation is limited, the fiendish feline who slides up the screen to shuffle each new board is both a delight and a menace. The game also sports a dangerously relaxing soundtrack, punctuated by the soft purring of resting kittens whenever you go to move a piece.

Dangerous, at least, for people like me. The sort who've found themselves working the late shift in an empty office and very much need to stay awake. In that regard, Cats Organized Neatly is practically a videogame lullaby, with the saving grace that I get just frustrated enough at these sorta games to keep me wide awake. For the moment.

Cats Organized Neatly currently has a free demo on Steam, with a full release planned for October 15th.