Usually when I finish a game, I like to sit and let its credits run their length. It’s a ritual that allows me some time to reflect on the game itself and the hard work of all the people who made it, and generally it’s a very nice experience. Except for the time when I spent a full hour watching names scroll by at the end of Far Cry 5 because, wow, a lot of people work at and adjacent to Ubisoft, huh. But there are more interesting ways to showcase developers than a list on the screen, as some recent games demonstrate.

When I played It’s Paper Guy! a couple of weeks ago, I thought that the credits were especially cute. They fit neatly in with the rest of the design of the game, drawn out like notes in a schoolbook. But other than being able to walk over them, they’re still not especially interactive. 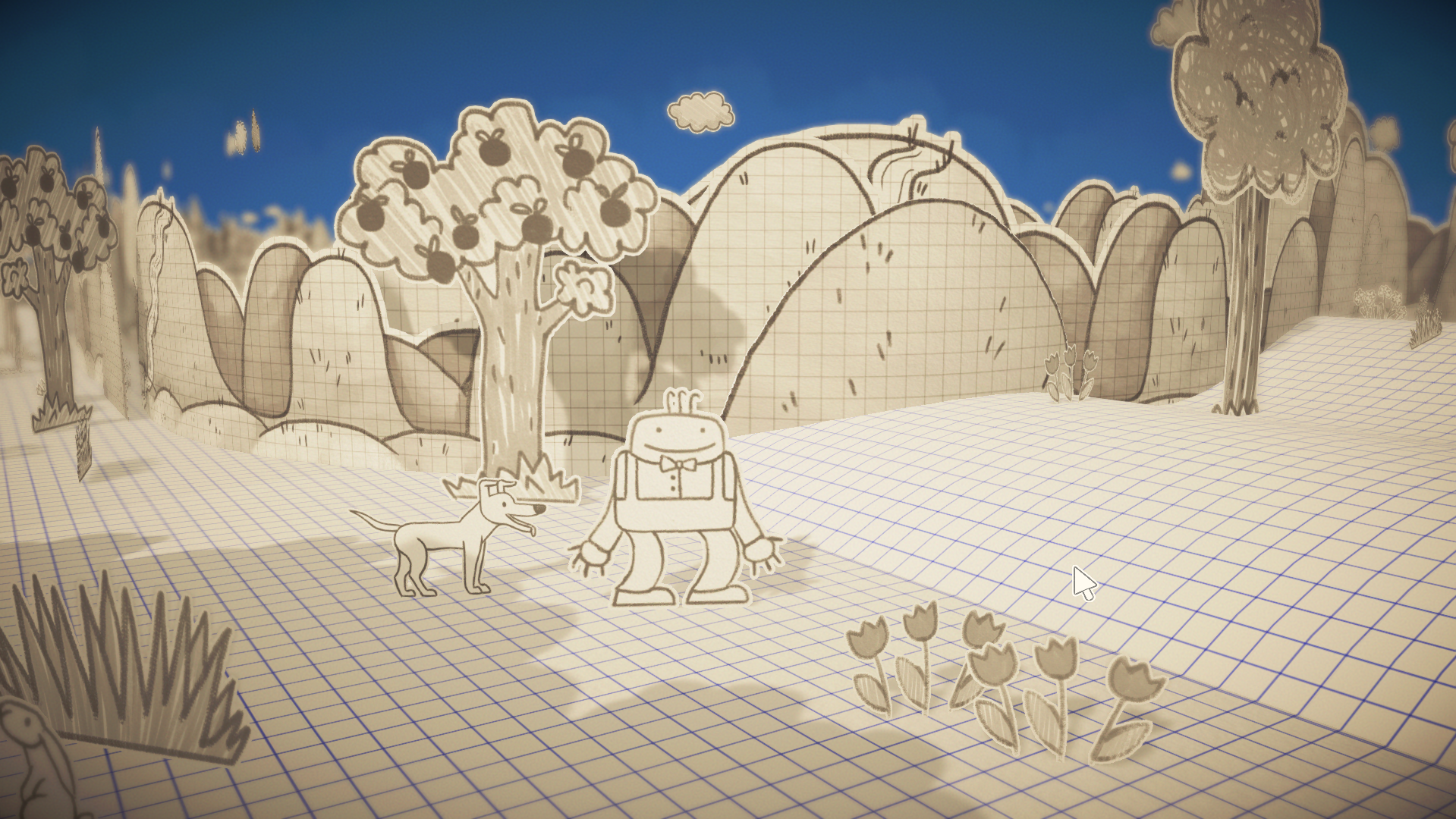 Hole-some indie puzzler Donut County does something similar, giving players the opportunity to pilot the quadcopter that’s a minor plot point in the game. As they travel the world from on high, getting a hint at the state it’s in after the events of the story, the credits are displayed prominently over the various points of interest. (There are also traditional credits if you quit out of the exploration early.) In the same way as It’s Paper Guy! they give players an incentive to actually pay attention as well as giving a final opportunity to appreciate the art style of the game they just finished.

Best of all, post-Brexit bouncer simulator Not Tonight has credits that follow naturally from the game, like a final level of their own. After processing hundreds of ID cards throughout the game, the player is presented with the cards of the developers, along with little sprite-base facsimiles of each person, who explain their role in making the game. Then the player can let them into the post-game party or (if you’re feeling especially mean) turn them away. It’s a neat way to give every person who worked on the game a bit of a spotlight, and it’ll stick in my mind for a while.

I’m sure these aren’t the only examples, but they are clever twists on an otherwise dry formula, and I’d love to see more of them. (Alice says it's a tragedy that I haven't played Nier: Automata, and having heard her description of its credits I'm suddenly inclined to agree.) They're not going to work for every game - especially blockbusters like Far Cry - but developers don’t often get their moment in the sun, and it only seems right to make it as interesting as possible.