If you click on a link and make a purchase we may receive a small commission. Read our editorial policy.
Developer: Aurelien Regard Games
Publisher: Playdius, Plug In Digital

There is a frog in my loo. He's having a bath, and apologises for the intrusion. There he squats, an adorable, visually arresting creature. Splashing about in toilet water.

A sadly convenient metaphor for Away: Journey To The Unexpected.

You're a teenager, on a mission to find and save your parents. Over the four or so hours it takes to complete this bafflingly structured roguelike-like, you'll go to strange places, beat up strange creatures, and make friends with even stranger ones. I've turned corners in Away and scoffed out loud at what I've seen, at the sheer audacity of its character design. We're talking grumpy ice cream ghosts. A chatty, ancient zombie bat with a hole where its heart should be. Psychic cats.

I could go on, but I've already spoilt much of the only thing Away has going for it. It's visually inventive, surprising, and unerringly cute. It's also very little fun to play. 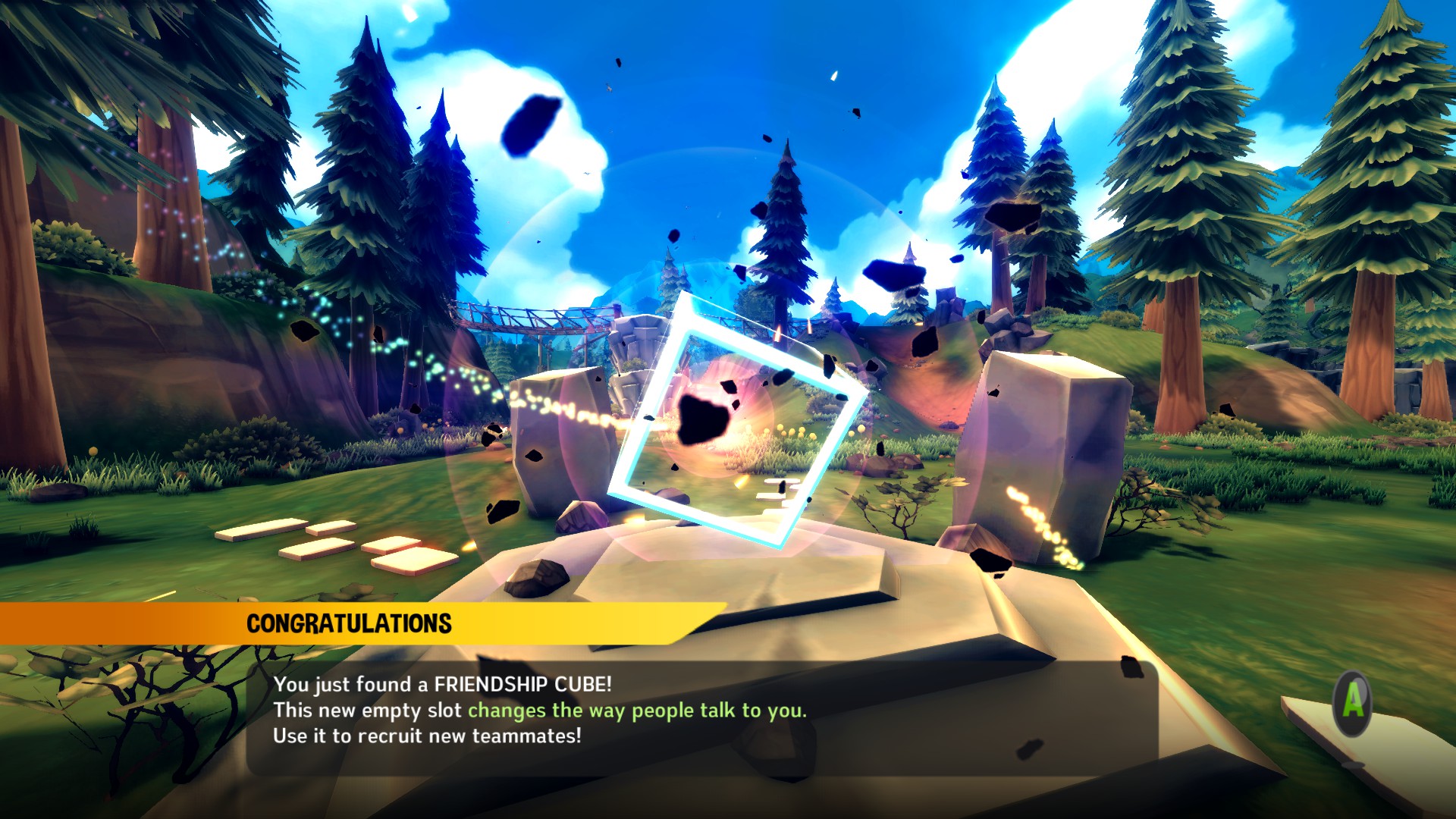 The main problem is that Away is a game about whacking things with a stick, in which it does not feel good to whack things with a stick. Every melee enemy attacks from slightly too far away, and needs to be struck from the same frustrating distance. It's a grimly one-note affair, swiping at snowballs and crabs that only react by being knocked back, flashing or dying.

They might look different, but foes all behave in much the same way. They charge, or they fire projectiles. I like that plant spittle goes “flub wub wub wub” as it sails past your face, but that's almost the best thing I can say about the combat. I had far more fun deliberately avoiding it, weaving between enemies rather than subjecting myself to the tedium of disposing of them.

There's no avoiding the structure. An XP system does unlock shortcuts, but you'll still have to repeatedly trudge through the same handful of mini-dungeons, and two larger ones that don't rearrange themselves in a way that's nearly satisfying enough. One area isn't even randomised: you might find yourself running and jumping through the same icy gauntlet four or five times, each jaunt more chillingly dull than the last There are a few, rare cases of games that pull off fun first person platforming. This is very much the rule that proves the exception. 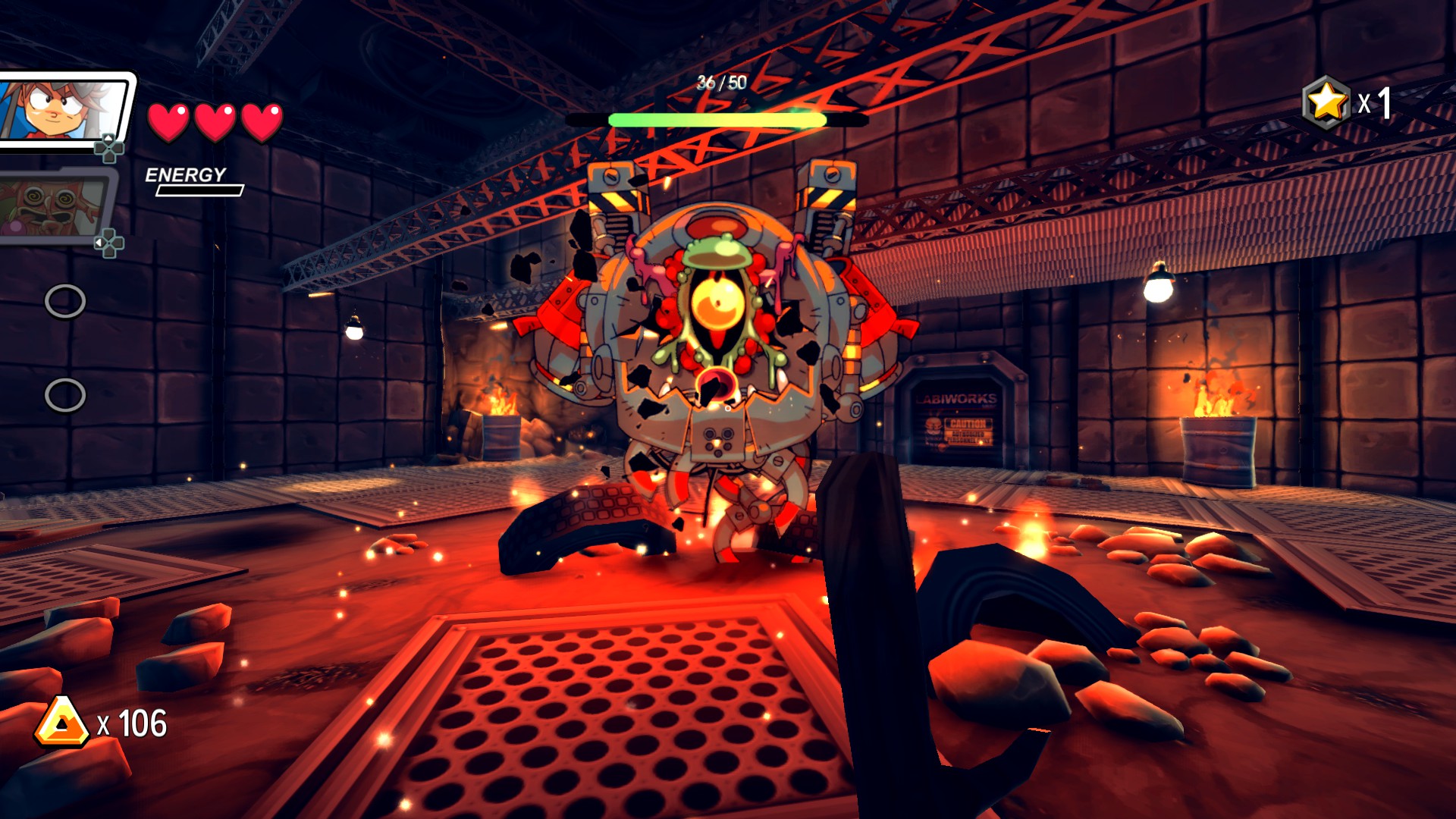 The structural problems don't end there, but I can only explain the rest by ruining more surprises. If for some reason you're still thinking you might give this a shot... stop reading, I guess?

Just like life, you need friends to get ahead. For reasons, you're trying to meet Ping-Pong, the Lord of Cause and Effect. He'll only open his door when you've made eight friends, scattered across four different zones. Which is sort of neat, except befriending some of those people (or skeletons, or sentient ice creams) means navigating a conversation where the wrong dialogue choice is tantrum-worthy. Make a mistake, and they'll refuse to accompany you - forcing you to kill yourself and trudge all the way back for another go. 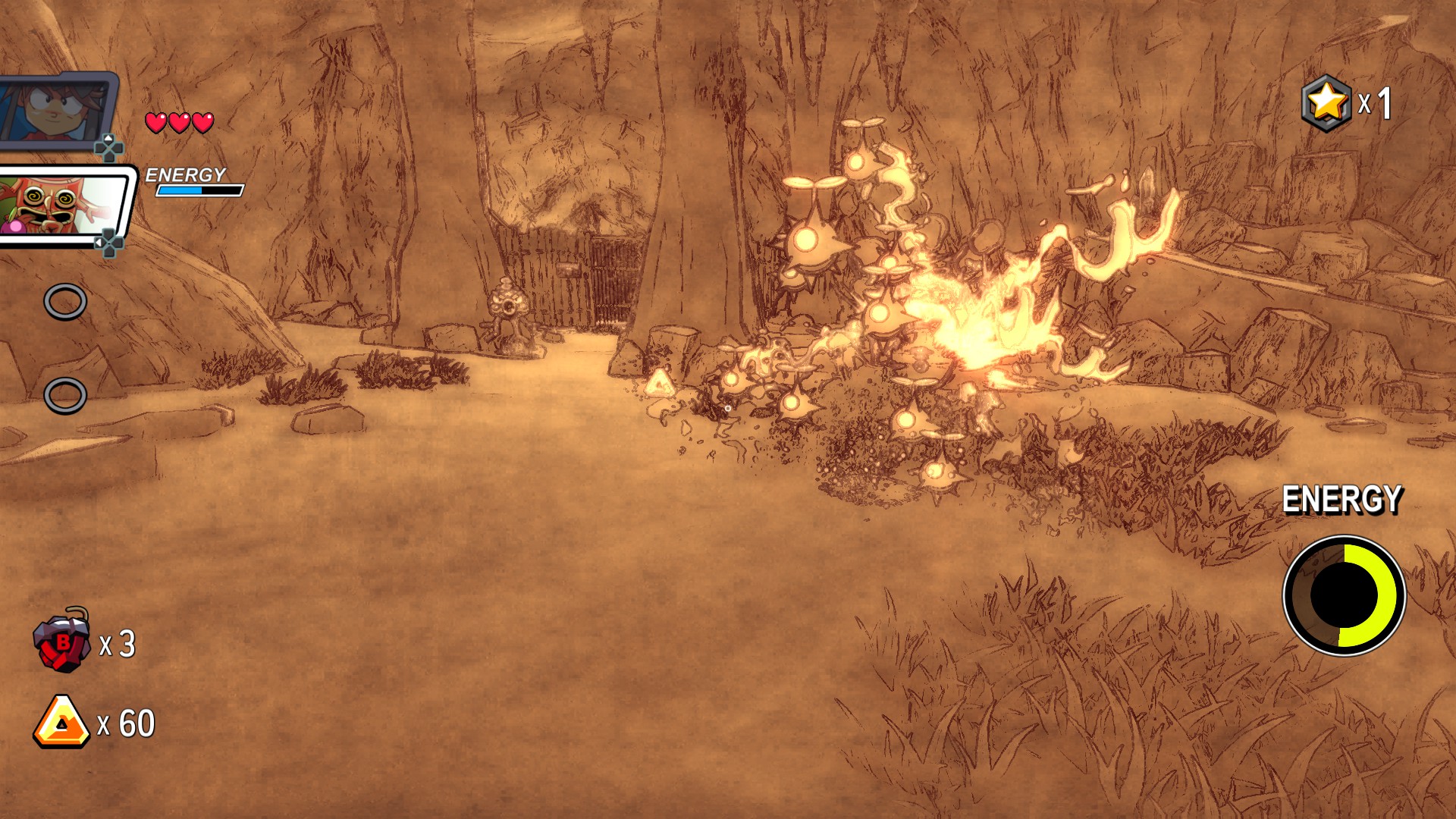 Those friends (or um, robots you've either paid or tricked) are an admittedly interesting touch. You can swap to them at any time, gaining access to their ability - which is usually a ranged attack. Neater, though, are the different filters each character plasters over your screen - such as an angry tree that makes everything go a bit Obra Dinn.

There we go, back to talking about looks over substance. It's an identity that's been squandered, a world with delights I can't recommend you go digging for. Away starts with a little snippet of anime, which has left me wishing that had been made instead.

I feel rotten, panning a game that's delightful in some ways but frustrating where it matters. Just a few weeks ago I wrote about how I wished more games would embrace the absurd, and that's exactly what Away: Journey To The Unexpected set out to do. It succeeded, but oh boy did it fail.