As the sun set over 2018, I was delighted to discover one last gem. An irrepressibly playful, hyper-imaginative shooter with the best movement system since Spider-Man - according to my chronology, at least. Xboxers got all their raving about Sunset Overdrive done five years ago, but it only fell under RPS's remit when it came to PC last November. We didn't review it.

Oh, where to start? Sunset Overdrive exudes so much fun that the fun spills onto the floor and creates a slipping hazard. I got sucked into it for another hour before writing this, after meeting a group of LARPers for who'd been traumatised into believing they were in the 12th century. I'll get back to them, and their ilk.

I want to talk about the movement first though, because movement is joy. Much like the 90s hip hop scene, it's mostly about grinding and bouncing. The world is a playground built from rails and possibility, a dazzling metropolis where you're invulnerable so long as you never. Stop. Moving. 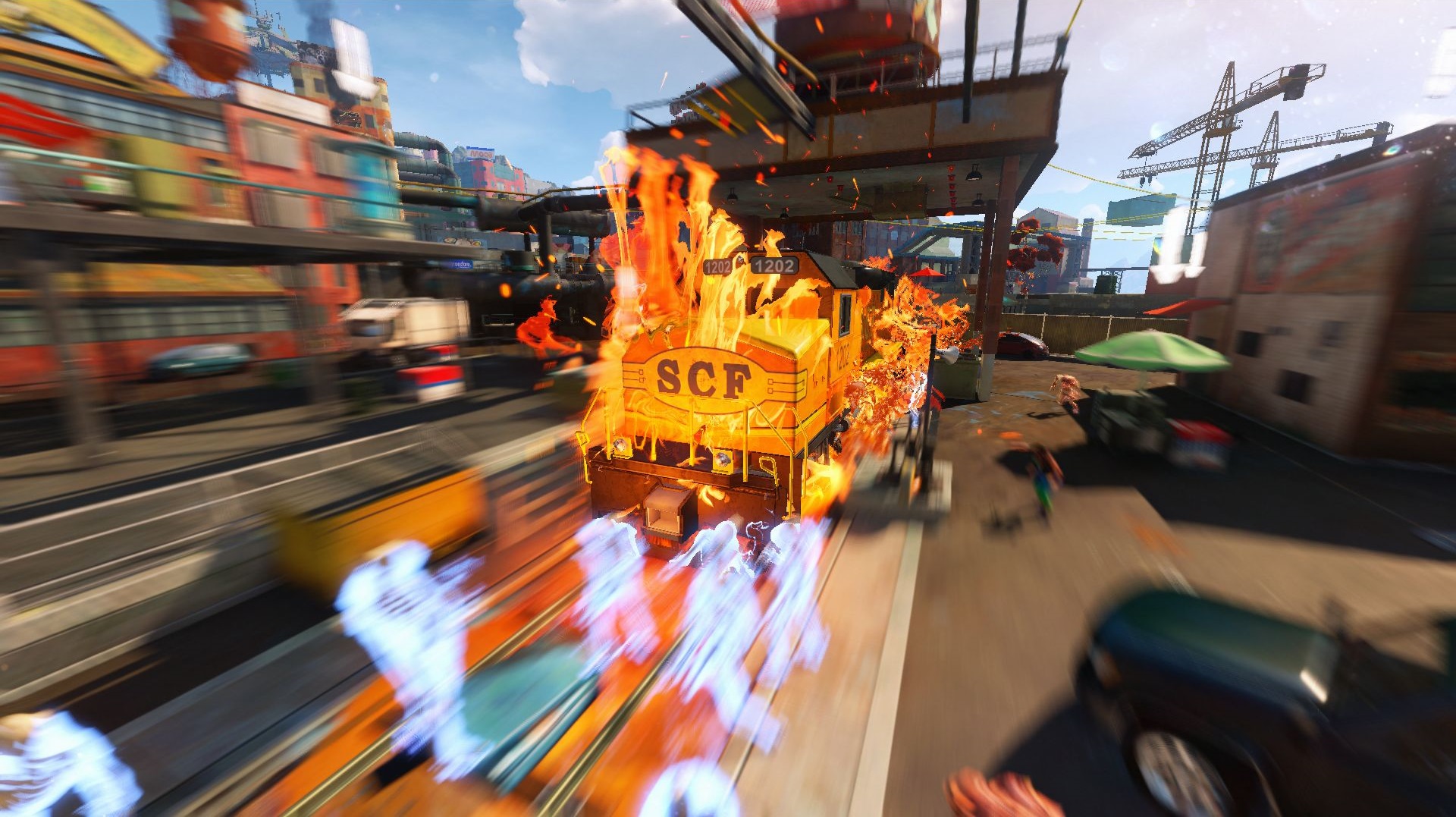 You're never more than a few metres away from a surface you can skate on, or an improbably-springy car bonnet. A quick hop on those will send you soaring up to the rooftops, ready to plunge down into another mob of soda-stuffed mutants. Those are the monstrous creations of a soft drinks company, who also have killer robots. Again, I'll get back to those.

Traversal is both exactly as easy and exactly as difficult as it should be. I adore how the mechanics thrust me into my surroundings, always on the lookout for the next springboard, always planning my next stunt. The past few hours have seen the fiddliness fade, knowledge of button sequences nestling comfortably into my subconscious. I grind and flip and bounce and roll, swapping between weapons that are each more outlandish than the last. It's an earned grace. An earned sense of style.

Being stylish also earns you power, imbuing a character who already has access to TNT-infused teddy bears with more destructive force than they rightly need. A metre creeps up with every grind and somersault, rewarding acrobatic feats with firepower. With that metre topped out and the right upgrade equipped, I can make every nearby enemy evaporate in bursts of lightning. I wish more games let me evaporate nearby enemies in bursts of lightning. 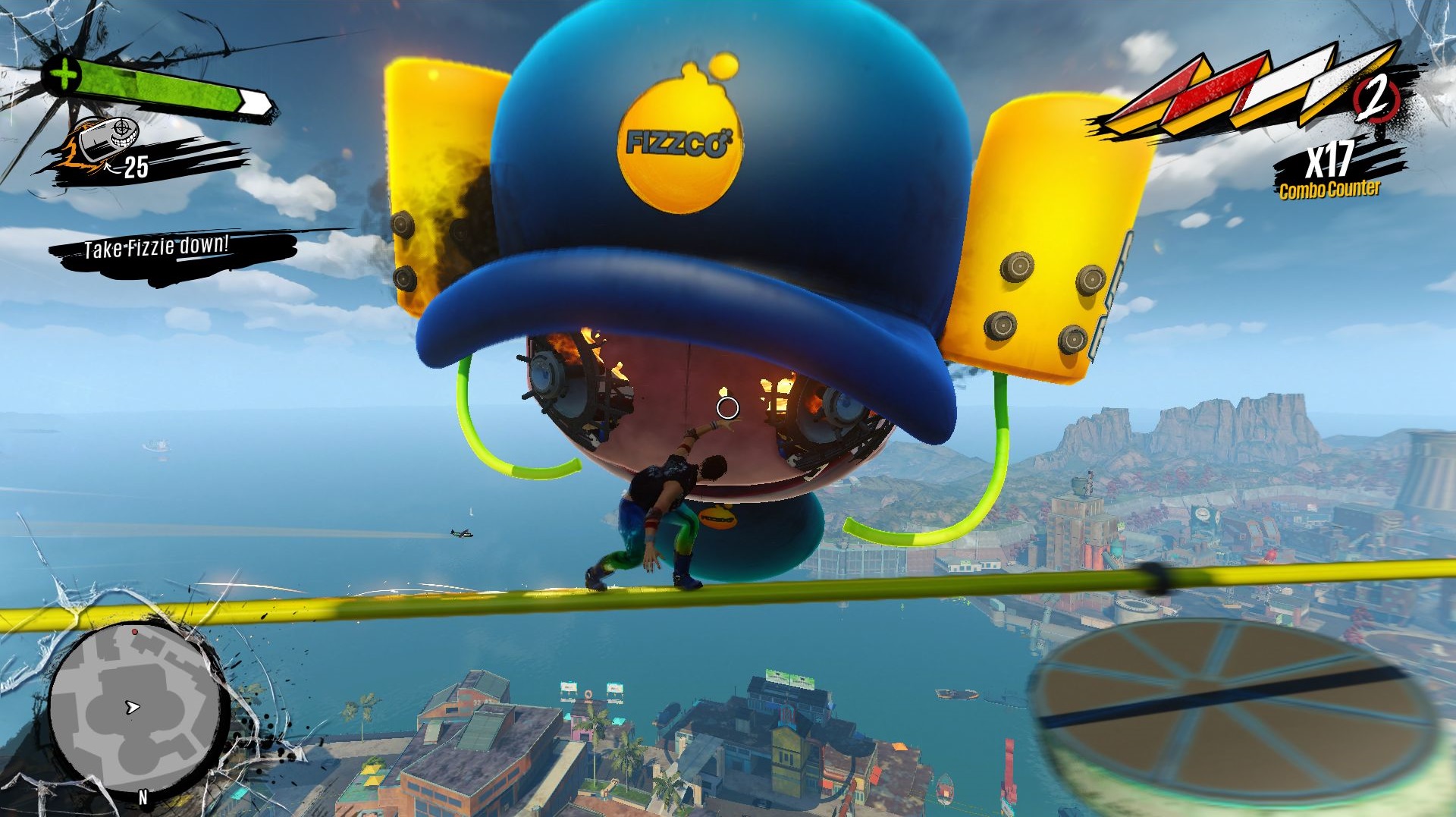 I wish more games embraced the absurd - I relish not knowing who I'll meet or what I'll get up to next. It feels like any moment could see a quest going so far over the top it lands on the moon. At this point, I would not be surprised if that literally happens. Those LARPers, for instance, first had me fending off mutants with catapults while their bard sang a song and gathered tree bark. When that made their king ill, I had to cook pigeons by jumping on pressure-activated gas cooker traps.

The humour is hit and miss, but the hits can hit harder than a melee ground-slam. I enjoyed being taunted by a robot focus group - as in, comprising of them - so much that I tutted aloud when one of them exploded before it could finish speaking. Something similar occurred on a one-off surveillance mission, where I happened on the right listening spot almost straight away and didn't get to hear more random goons debate the existence of an objective reality and decry pure subjectivism as hubris. 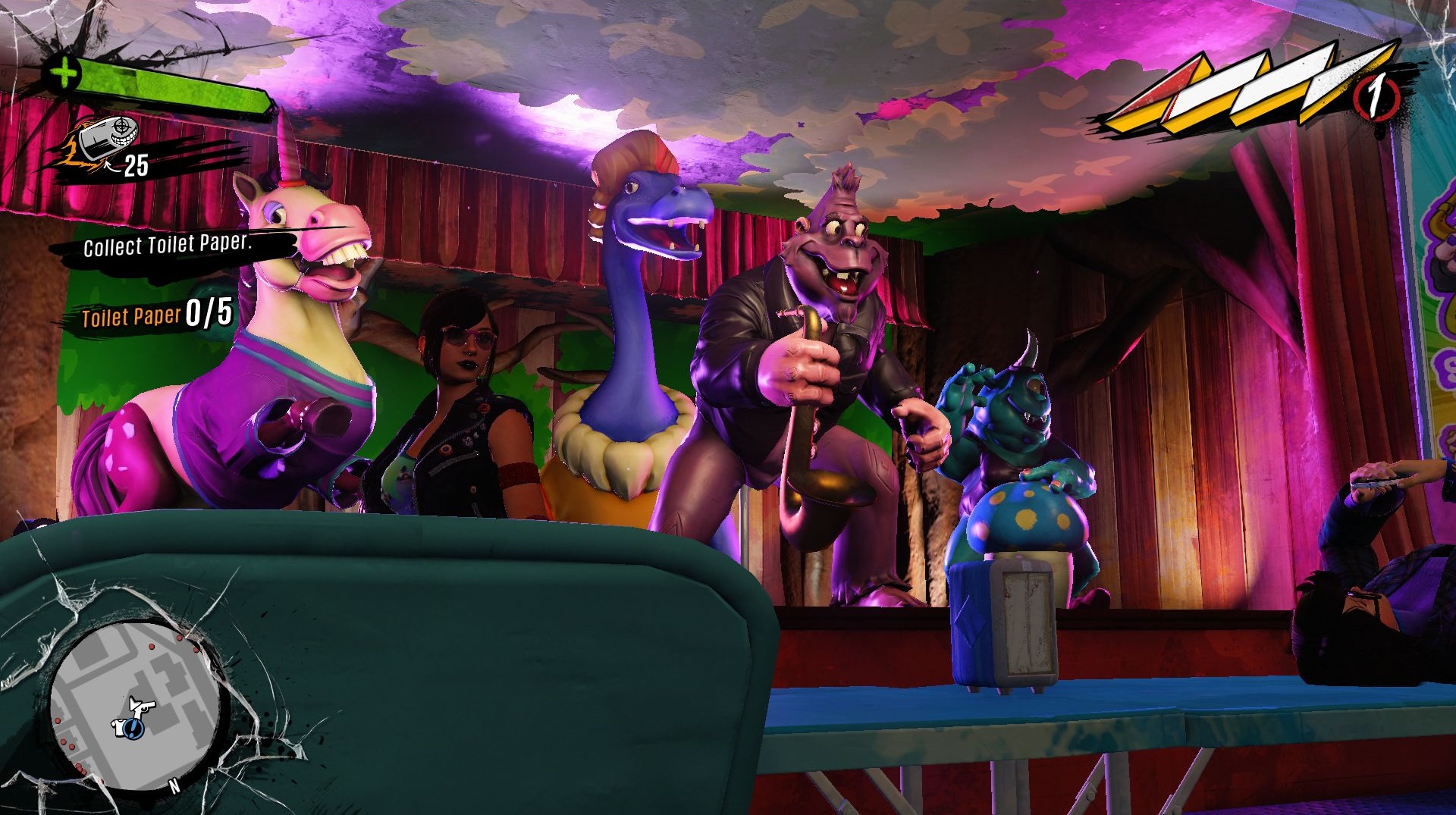 At one point, I took down a giant soda-drinking zeppelin mascot with laser eyes that had been programmed to hate anyone who didn't drink its pop. In a subsequent side mission, I recovered its AI core, had my hacker friend activate its empathy chip, then eventually acquiesced to its request for me chuck it into the sea. "Go on, into the water with me", it said. "Perhaps a fish or a small crab might make me its home".

Oh, and I like that the player character kinda knows they're in a video game. They elbow the camera away when you load in, and sometimes talk back to the disembodied voice that does the tutorials. The fourth wall gets broken so often it's essentially rubble within the first fifteen minutes. It's too much, really, and four out of five of those gags don't land. But then the fifth gag has you leap up to the top of the screen, pluck out the HUD's lightning bolt symbol, then stab a dragon with it. A moment so awesome that I'm going to show it to you despite the ugly screen capture message in the top right. 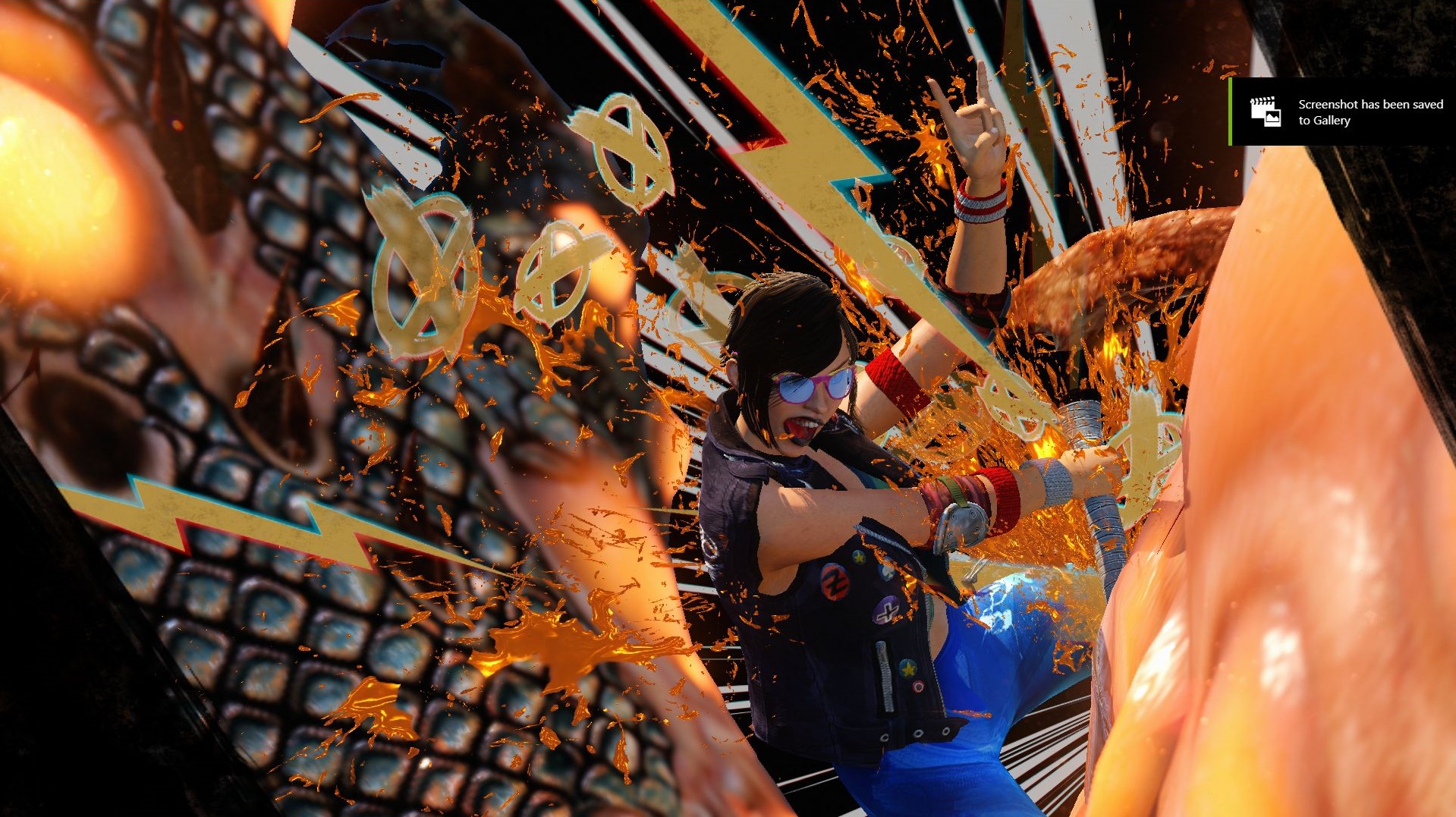 Sunset Overdrive is a roller-coaster where the story gambols as freely as you do. More of that this year, please.