Ahem - ah, fitbaw! The bootiful game. Nothing better than gathering the crew 'round for a great big kickabout in the park, right? Actually, tell you what, that sounds a bit rubbish right now. It's all wet out, my spiked shoes are all busted up, and Mister Johnson's not given the ball back since we kicked it into his cabbage patch.

How's about some eFootball to pass the time, eh? I heard there's a demo out for the new one, eFootball PES 2020.

Right, enough of that. Konami's latest kickabout might not be out for another month-and-a-bit, but they've put out a tidy little demo to tide you over until then. This isn't your granddad's Pro Evo, mind. This is eFootball. Digital Soccer. Look, it's in the name and everything. 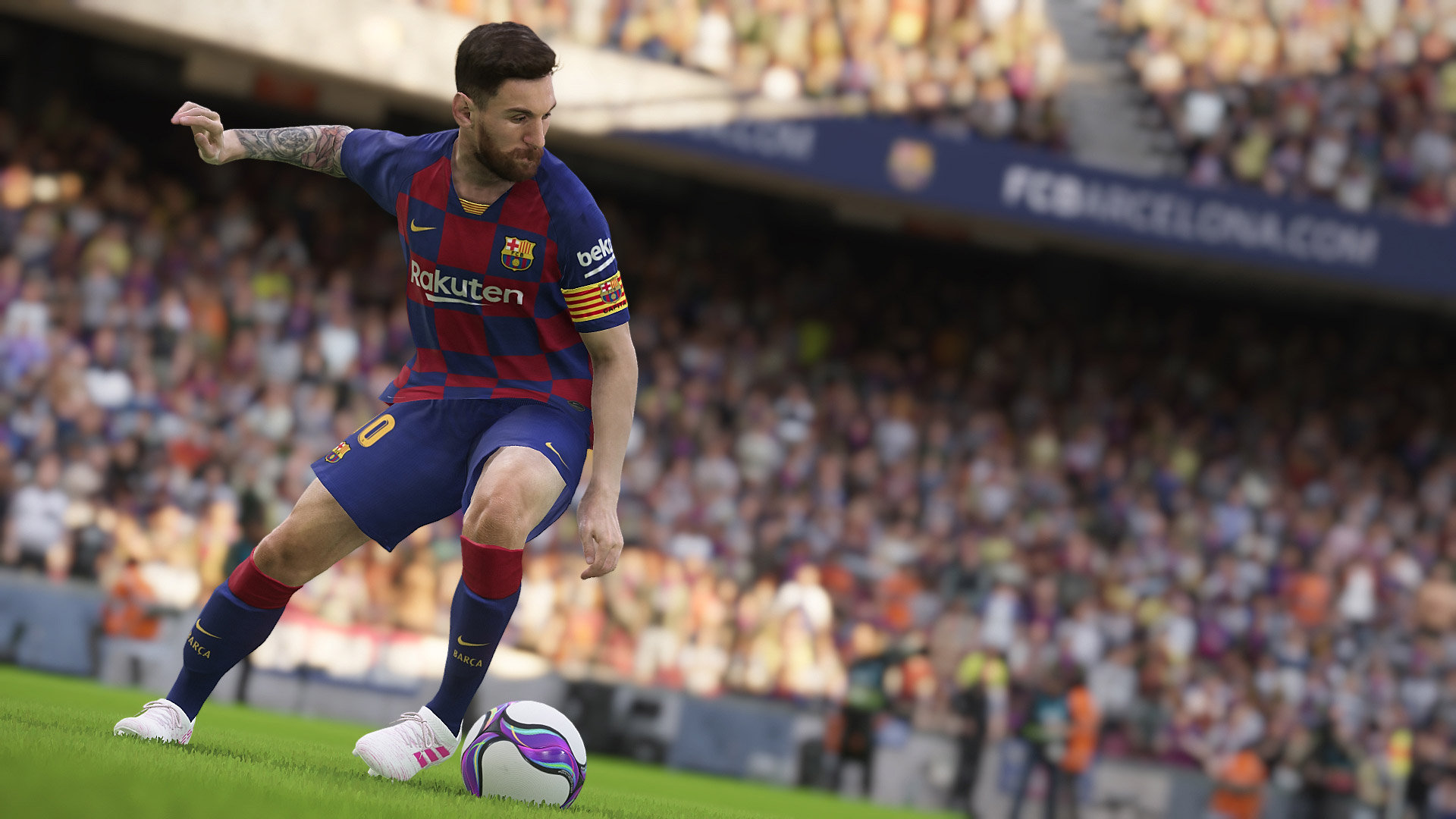 I haven't looked at a fitbaw game since my brother went to live on a boat, but I always figured Pro Evo was the naff one with the silly names. Turns out Konami are getting better at landing real licenses these days. The days of Man Red and West Yorkshire Town are gone, replaced with boring actual names like Manchester United and Huddersfield. Pfff.

There's 13 of them to pick in today's demo, including a sneaky little Juventus exclusive to keep FIFA's EA bosses from getting their hands on it. Us PC folk can also dig into the roster and edit a dream team and create whatever fantasy nonsense you like.

eFootball PES 2020 is out on September 10th, and you can grab the demo from Steam right now. Look for the "Download Demo" button on the right there.