Over the last week or so, I've developed a love-hate relationship with the Logitech G432. I love it because it's by far and away a much better gaming headset than the similarly priced Steelseries Arctis 1, and I'd probably even go as far as saying it's arguably one of the best headsets ever I've tested around the £50 / $50 price mark. Its clear, natural and balanced audio is a revelation after the slightly muted efforts of the Arctis 1, and its flip-to-mute microphone is almost certainly the best I've heard outside of Logitech's own G Pro X gaming headset.

What's there to hate, then, exactly? Its damned headband, that's what, which gives me a splitting headache after just half an hour of use. Curse you, my oddly-shaped cranium, because now I can't enjoy one of the best headsets around for those on a budget.

It's not for a lack of adjustment options. Indeed, its sliding metal frame gives you plenty of scope for finding the right fit, and its leatherette ear cups didn't scratch or stick to my face either. And for a while I thought I was on easy street. All of my test games sounded perfect, the on-ear volume control was easy to reach, the microphone was sensational. 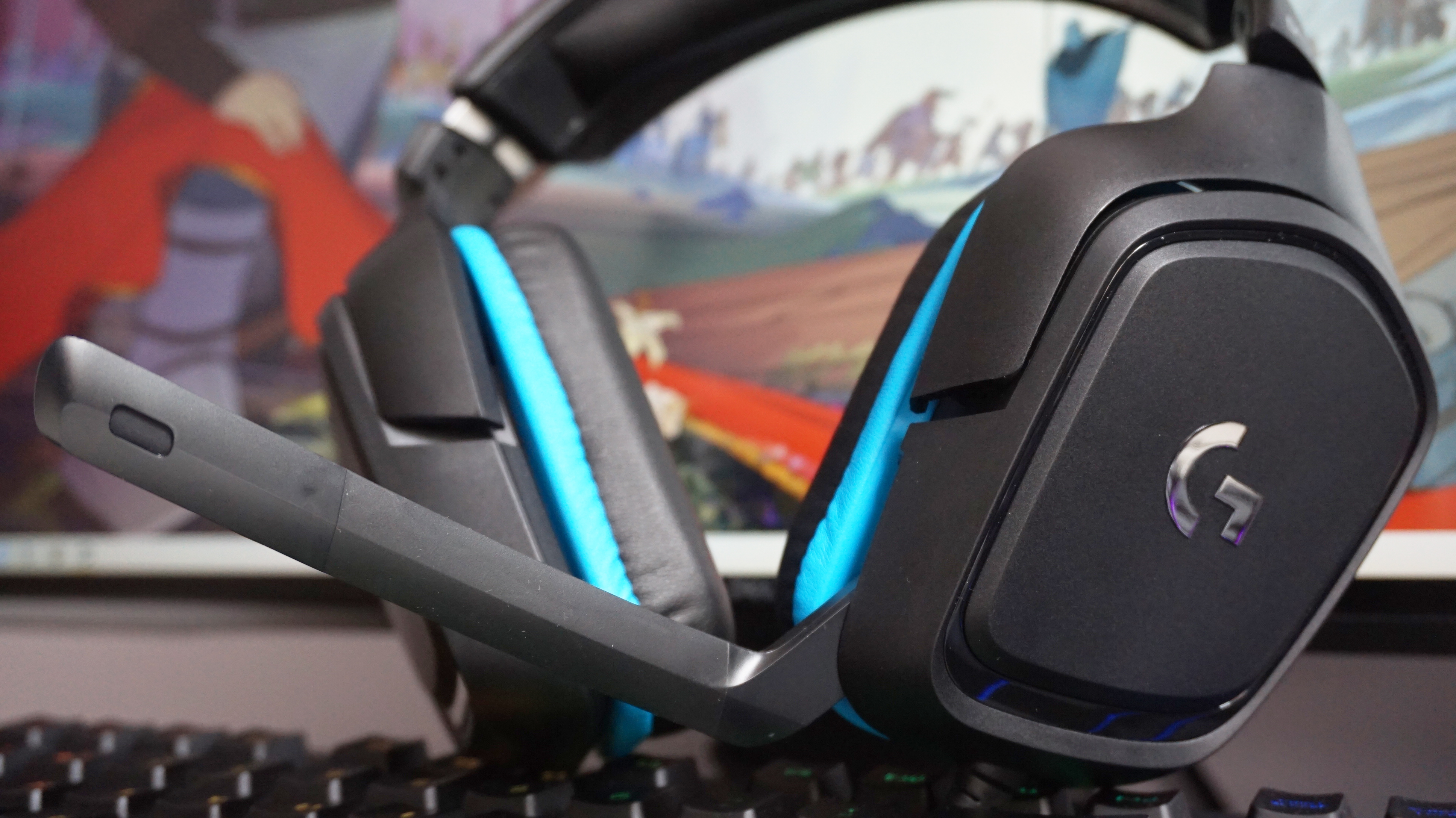 But then the dreaded head pinch monster reared its head around the half hour mark, and I found myself constantly shifting and readjusting the G432 to stop it from putting too much pressure on the top of my skull. Other, larger-headed individuals may not have this problem, of course, but it put a real downer on the G432 for me, as this was otherwise a fantastic gaming headset for £53 / $50.

It's so much clearer than the Arctis 1, in fact, that I almost had to check that I hadn't mistakenly put Logitech's G Pro X headset on instead. In Doom, for instance, every shot had a beautifully crisp, clean sound, and each burst of my Super Shotgun felt perfectly balanced against the pumping bass and guitars of the busy backing music. I was also able to pick out exactly where enemy fire was coming from thanks to its wide, immersive soundscape, and I revelled in every whoosh and hydraulic pop of its doors and machinery. In a similar way to the G Pro X, it was like I was hearing every little detail of Doom's soundtrack afresh for the first time.

The orchestral music of Final Fantasy XV was a delight as well. Unlike the Arctis 1, which struggled to balance the game's backing music with its dialogue and battle effects, the Logitech G432 took everything in its stride, producing lovely warm and rich strings that went toe to toe with the zip of Noctis' teleporting sword attacks. Not once did anything feel like it was being drowned out or overwhelmed, and it was, as stated in my listening notes, "lovely, lovely, lovely". 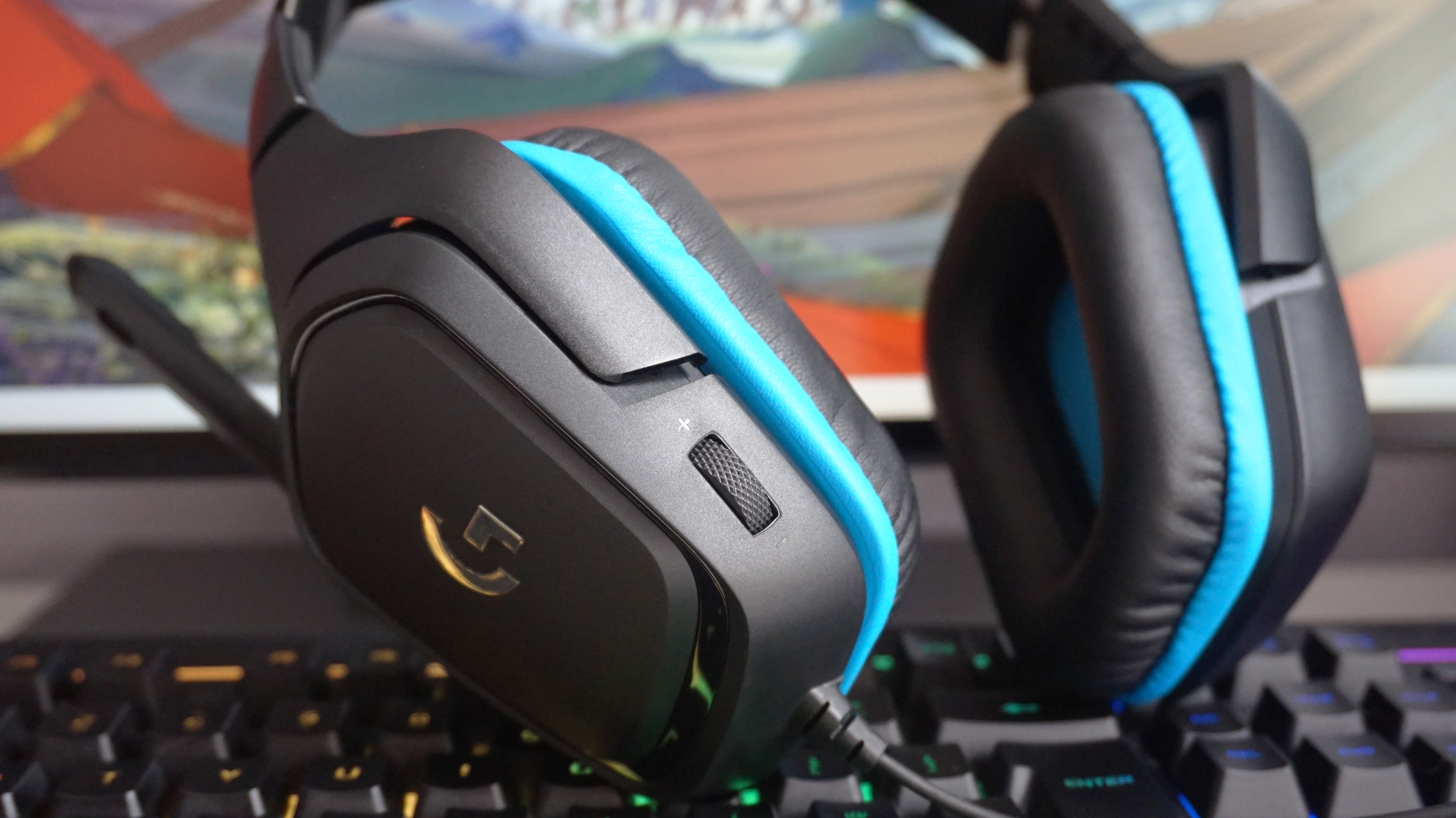 Hellblade, too, was wonderfully clear and natural sounding, with each voice inside Senua's head feeling like they were right there in the room with me, whispering and snickering around my face.

The Logitech G432 is a very flexible headset, too, as it not only comes with a combined 3.5mm audio jack for use with consoles, phones and laptops, but it also has a dual 3.5mm splitter for your PC and a USB DAC for its DTS Headphone X 2.0 surround sound tech. You'll have to download Logitech's G Hub to make use of the latter, admittedly, as well as enable the microphone's sidetone controls if you prefer being able to hear yourself talk while using the mic, but it's very easy to use and get to grips with.

That said, as much as I was impressed by the G432's surround sound test track that's available in G Hub (plus the ability to change the volume of each individual 7.1 surround sound point), I found it didn't really benefit my games at all. Switching it on in Doom, for instance, made it sound like each shotgun blast was underwater, as if it couldn't quite work out where the sound should have been coming from, while Hellblade put a much greater emphasis on the environmental sound effects, making its cacophony of voices sound noticeably more artificial. Admittedly, I'm not wholly surprised by this, as I don't think I've ever come across a gaming headset whose surround sound technology has actually made games sound any better. 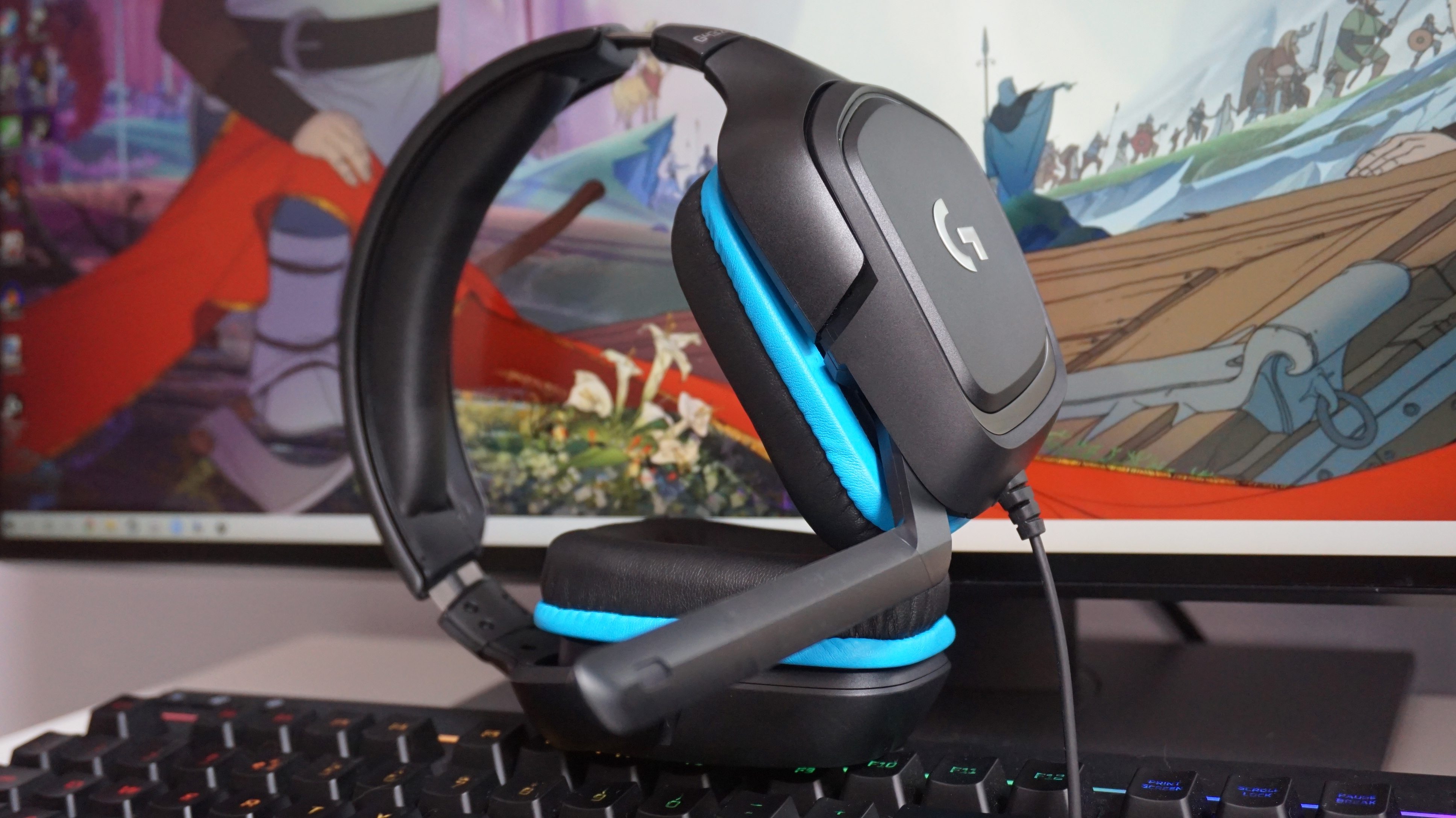 Still, as £53 / $50 gaming headsets go, the Logitech G432 really does punch above its weight. Its audio quality is just stunning, its microphone is superb, and its surround sound stuff is there if you want it. I just wish it was more comfortable so I could love it unreservedly and not have to lumber it with a great big, head-pinching caveat. As I said, others may well find it to be much easier on the old skull pressure than I have, but don't say I didn't warn you.