Say what you will about red and black being a PC gaming cliche. I kind of love it. From gaming headsets like the HyperX Cloud Alpha to laptops like the Alienware m15, I'm of the firm opinion that more bits of gaming hardware should be swaddled in the best colour known to man (red, not black, you understand). LucidSound's LS25 headset is another such headset that subscribes to this excellent outlook on life, with its striking red stitching, frame and LucidSound logos all looking very lovely indeed against its black padding and the spun metal finish on each of its 50mm ear cups. But has this so-called 'esports headset' got what it takes to compete with the best? Let's find out.

Design-wise, there are a lot of things I like about the LucidSound LS25. Apart from its obviously winning colour scheme, I'm also very fond of the way its left ear cup doubles up as a huge volume wheel. None of this fussy button or tiny, hard to find slider nonsense. Just one, easy mechanism that rolls smoothly round the whole your ear with an excellent level of precision.

Its bendy microphone is fully removable as well, so you won't look too foolish in public if you decide to wear these out and about, and it also comes with two generously sized 3.5mm audio cables as well. The first measures 1.2m and comes with a single 3.5mm connector for use with laptops and consoles and the like, while the second comes with a dual headset and microphone splitter for use with your PC and measures a massive 3m long, which should give you more than enough slack regardless of whether you're sitting up at your desk, or over on the sofa if your PC happens to live near a TV. 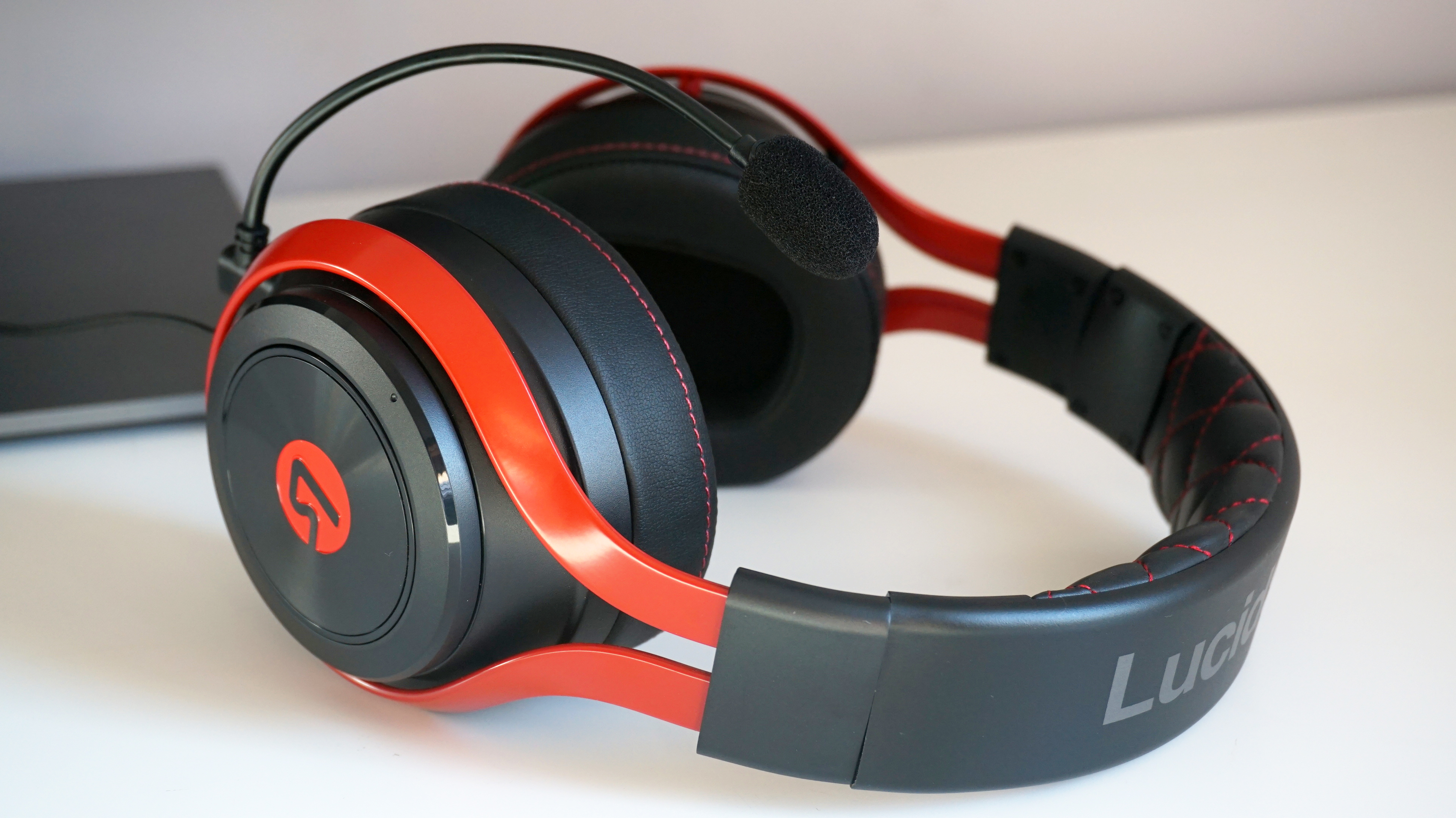 The LS25's headband is also surprisingly comfortable - and that's coming from me, Mrs. I Usually Get a Headache After 30 Minutes of Wearing a Headset (don't worry, I'll be getting it changed by deed poll soon to make it easier to remember). When I first put it on, I thought, 'Hmm, this could be a problem,' as even at that early stage it seemed like it was poised and ready to start clamping down on my old noggin within seconds of moving my hand away. But there I was, an hour later, with no signs of discomfort at all, and it continued to sit there quite happily for a long time after, too.

If anything, it was the strangely hard-feeling ear cups that proved to be the least comfortable aspect of the LS25, as I was constantly aware of each encircling my ears throughout the length of my testing. This surprised me, as the faux leather covers felt nice and soft when I squished them with my fingers, and I wasn't expecting to be able to feel their inner framework quite so clearly against my face. Still, it's not like they were pinching my jaw or constantly making me feel like I had to move them around to get a more comfortable position. It was more just an increased level of awareness that, 'Yes, I'm definitely wearing a headset' as opposed to, 'Man alive, I forgot I even had something clamped over my face'.

I was also disappointed that there wasn't really any way to tell if the microphone was muted or not when you press in the right ear cup. There is, technically, an LED on the end that lights up red when it is muted, but you can't always see it depending on where you've got it positioned, and you definitely can't see if you've got the black, fuzzy wind sock on it. Audio feedback would have been ideal for these sorts of circumstances, but alas, there isn't any of that either.

Still, you can probably get away with keeping the wind sock off in most cases, as I found it made very little difference to the quality of my recorded chat audio. The mic picked up my voice very clearly when I was rabbiting away to myself in Audacity, but there were still a number of breathy, windy pop sounds (plosive words were especially prone to this) with or without the wind sock attached. I also found it difficult to get the mic into a good position, too. A smidge too far away and my voice was too quiet, a smidge too close and it felt like my ears were about to explode. In both cases, though, the wind sock made no difference to the amount of audible pop being picked up, so you might as well leave it in the box.

As for the LS25's audio quality, I can see why LucidSound have gone down the esports route with this headset, as its stereo audio drivers did a fantastic job of picking out all those important, far away sounds like incoming shot fire and tinkling item effects that might spell danger for you if you're one of these online competitive types. In Doom, for example, it almost seemed to emphasise these more than the sound of my own weapons, making me very aware of everything going on around me and where those shots originated from.

As a more general gaming headset, however, the LS25 doesn't do nearly as good a job with sounds that much closer to you. A lot of Doom's lovely, squelchy finisher moves, for example, often passed by without note in the old audio department, making them feel oddly underwhelming despite being some of the best and most glorious explosions of demon viscera ever seen in video games. 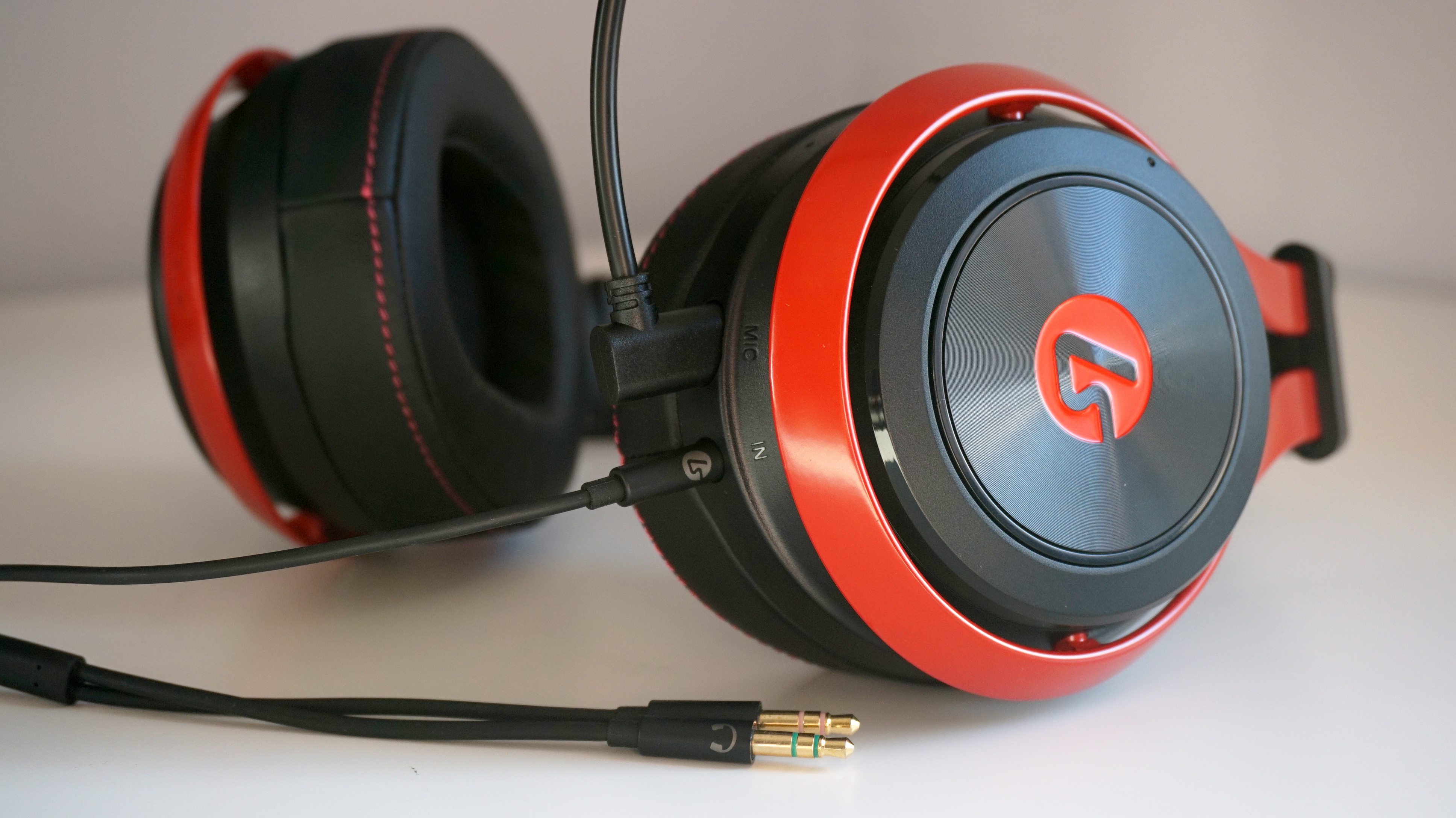 The same goes for the booming songs of your own arsenal, which sounded a bit sad and flat compared to what was being fired back at you. The thumping battle music sounded perfectly fine, its strong bass line striking a great balance against the pumping guitars, but overall I didn't feel like I was enjoying myself and getting into the Super Shotgun zone as much as I usually do.

I felt much the same way as Final Fantasy XV as well. The incidental orchestral music sounded wonderfully warm and rich as I was tromping across the hills of Duscae with Noctis and co, but as soon as I entered a battle the combat music (which are some of my favourite bits of music in that game) just sort of faded away into the background. Here, it wasn't so much a case of the music being drowned out by the surrounding battle effects, as there are significantly fewer of these here than in a game like Doom, but it didn't make nearly as much of an impact as I'm used to hearing on other headsets. It was fine, but nothing that really made me start tapping my toes as I unleashed some mystical, magic sword justice.

The LS25's competitive focus on those far off peripheral sounds was also very apparent in Hellblade: Senua's Sacrifice. While the contrast between the rumbling thunder and delicate little water splashes in the game's opening scene was as powerful and immersive as any other headset I've tested, the voices whispering and snickering away inside Senua's head felt a tad muddy when they were meant to right up close and whispering in your ear. This wasn't the case for the voices further out on the periphery, as these were much clearer and felt more natural - which is almost the mirror image of what happened in Doom. Great, clean sounds in the distance, but flat, dull sounds up close.

I also wasn't convinced it was doing a particularly good job with Hellblade's 360-degree binaural audio, either, as every voice usually sounded like it was coming from either the right or left ear cup rather than all around me. It wasn't too noticeable most of the time, but when you're forking out £75 / $60 for the LS25, I'd expect it to be a lot more nuanced. 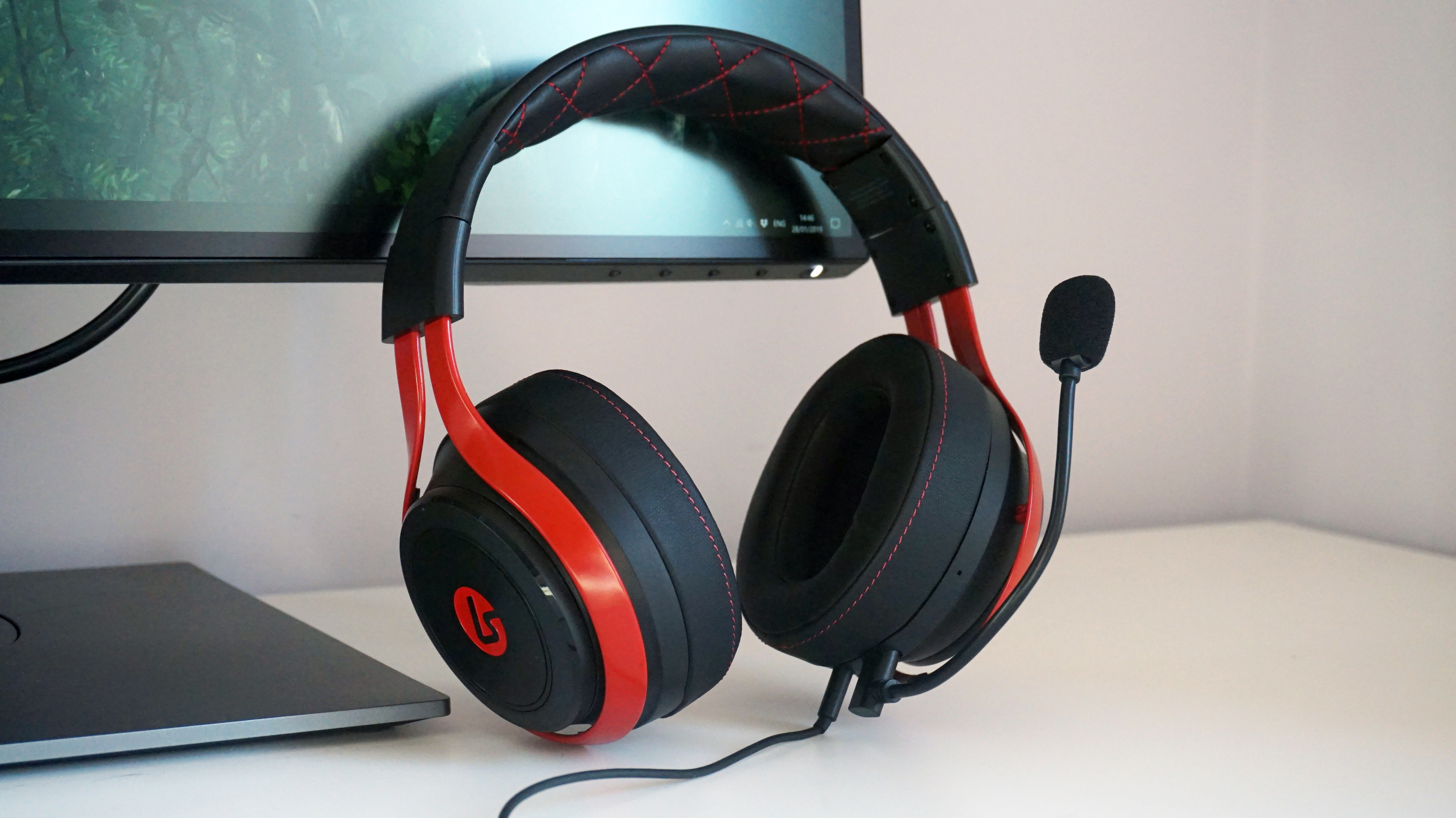 That said, the one advantage the LS25 and its bias toward those outerlying sounds did bring to the table was a wide and spacious soundscape for when I switched over to more general music listening. Everything from my favourite Final Fantasy XV battle tunes to busy rock and pop songs sounded like they had plenty of room to jam and give everything their due, which is more than can be said for a lot of other headsets I've tested recently.

Still, as good as it is for regular music, it's gaming audio that concerns me most here, and ultimately there are far more versatile headsets out there for the same kind of money that do a much better job of putting you right at the centre of the action than LucidSound's LS25.

There may well be some of you that prefer a more, horizon-orientated headset, in which case the LS25 fits that niche perfectly. But it does lessen the experience somewhat when what's happening right in front of you isn't given the same level of care and detail as what's happening off in the distance. Instead, I'd recommend sticking with Corsair's Void Pro RGB if you're looking to spend this kind of money, or the equally excellent Turtle Beach Atlas Three if you also want a headset you can plug into your console boxes.