Texture packs are not in and of themselves an act of kindness - often, they wind up making the game look disjointed or more artificial, or indelicate use of sharpening and noise filters just makes them look horrendous in motion, or the modders get carried away with added details or tweaked colours that noticeably impact the game's creator-intended appearance, or NPC faces wind up looking like makeup was applied with a catapult.

Fortunately, looking through videos and screens of the A Lot Of Textures (aka ALOT) 2017 ME2 and 3 packs, it appears that, in the main, discretion has been exercised and the broad result is indeed the same games but sharper.

Textures are hardly the be-all and end-all of what makes a game look hot or not, of course, but I do find stuff like NPCs with detailed faces sat atop shirt collars that look like pixel soup to be a mite distracting. As such, it's the armours and outfits that most pop with these mod packs, although there is perhaps an over-reliance on added nicks and dents.

Take a look at it in action, complete with a few screeny-wipey before and after shots:

FRESH. This is not to say there isn't the occasional facepalm, however - for instance, why is this gun made out of one of Bon Jovi's old stone-washed denim jackets? 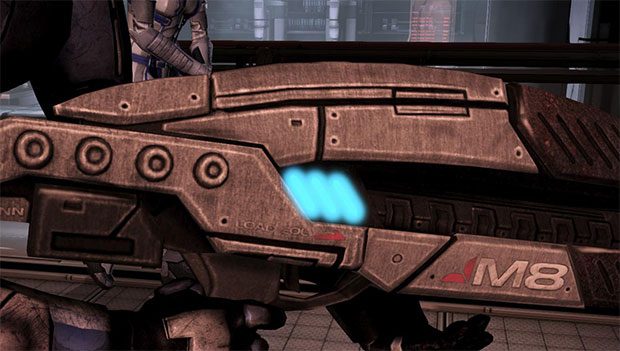 Unfortunately at present you can't choose what you do and don't want installed, so expect a bit of rough-with-smooth if you give this a shot. Oh, I should note that the ALOT 2017 mod packs are not themselves the work of their uploader CreeperLava, but rather he compiled, with permission, thousands of textures made by a dozen-odd other modders - full credits are on the download pages. For Mass Effect 2 that's here, and for Mass Effect 3 it's here.