Your average Sim in The Sims 4 is a mercurial creature, prone to flights of fancy and sudden mood swings. While that's great at simulating a telenovela, it makes for some unpredictable tales. Modder "roBurky" has spent the past two years trying to imbue these digital homunculi with a little more humanity, and the result is the first major release of the Meaningful Stories mod. While there's more planned for the future, it currently reworks Sims moods into a related web of reactions with higher highs and deeper lows. Sometimes, you just get a little cranky after missing lunch.

The core concepts of the Meaningful Moods module (the first part of Meaningful Stories) are emotional inertia and happiness no longer being the default state of being. Living comfortably will gradually raise morale and at high levels it renders most Sims at least partially immune to sudden negative shifts. Similarly, if a Sim falls into a rut, it'll take time and effort and (ideally) supportive friends and family to drag them back out. Moodlets also have varying degrees of intensity, resulting in different effects, making behaviour more natural but less predictable. 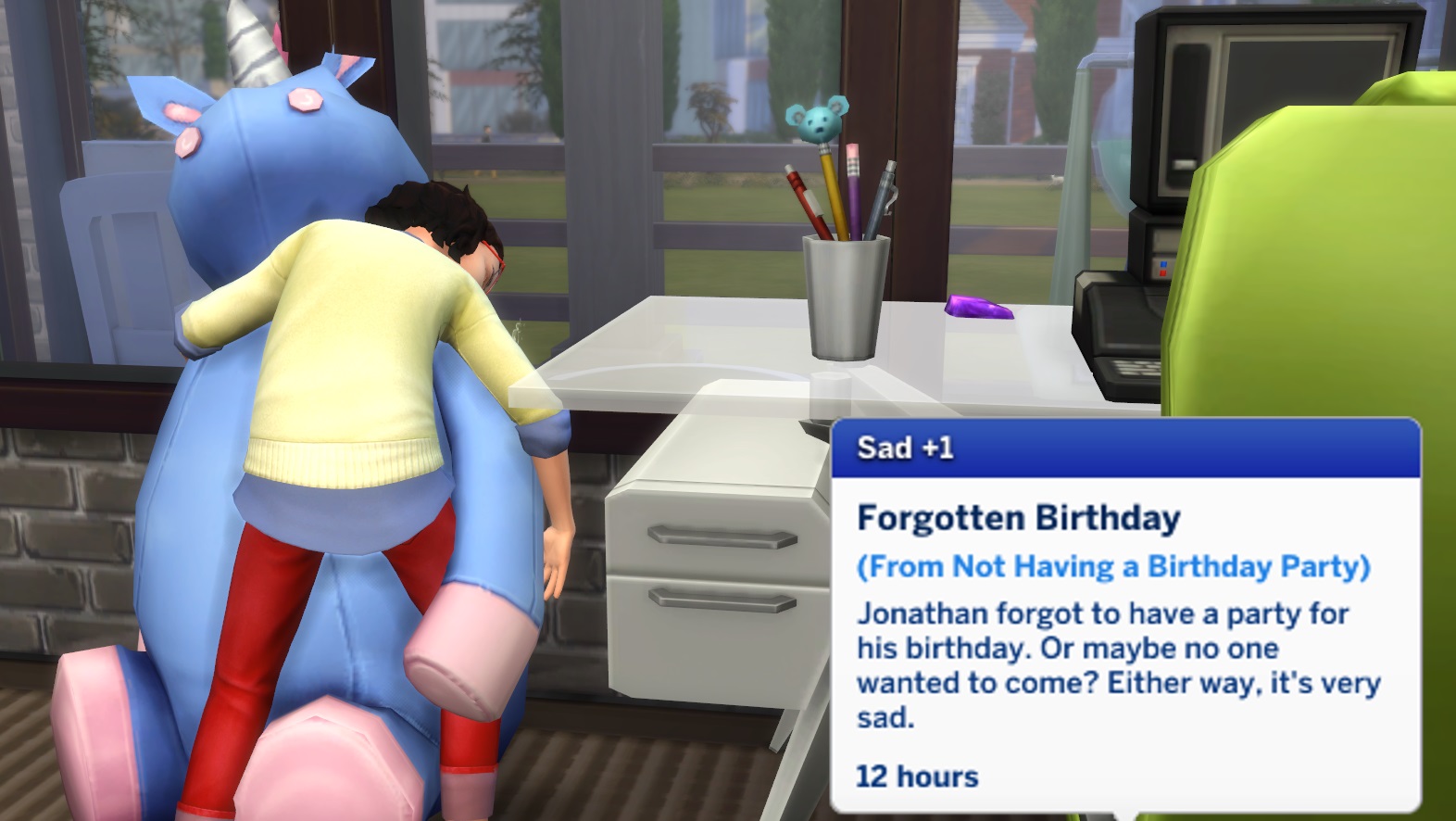 The Meaningful Stories page is full of lengthy explanations on each facet of the mod, like this piece explaining just how discomfort opens the door to a mess of negative thoughts. The next version of the mod, currently in semi-public testing (see the bit on Patreon below) expands on how much autonomy the average Sim has. There's also some expansion on how their memories affect their long-term behaviour, tweaks to their whims and further rebalancing of moods. It's laudable stuff, and building subtly on an already good foundation.

You can grab the Meaningful Stories mod here on Itch - it's a dinky little 456kB download. Creator roBurky is funding further development on Patreon here, and offers work-in-progress builds to supporters.