Here’s a fun wee thing: just like the ever-encroaching evil of the Netflix banger's big bad, Stranger Things 3 is insinuating itself into our world. In what's possibly the show at its most evil, it's enacting a corporate strategic placement opportunity to promote brand growth and engagement. If you're brave enough to go on, here's how: Microsoft has released an app called Windows 1.11 that emulates a Windows 1-style OS packed with all kinds of Stranger Things easter eggs. The most terrifying monster of all lurks within it... spoooooooillllleeerrs.

So, yeah. Be sure to have watched the show before downloading the app from the Microsoft store. I’m only at episode 4 and have had a later bit spoiled by it.

It’s telling that they call it in 'experience'. It's more of a doodad than a game, but one that’s cutely made. You log-on to the ancient Windows and deal with glitches that are caused by the Upside Down. Each little program you ‘solve’, which mostly involves just a few clicks, will drip a small bit of the show into your screaming mouth, and then unlock further programs to do the same.

There’s terminal.exe, in which you can roll a die to try and get a 20 and some pixel art from the official game; paint.exe starts off normally, but you’re uncovering the first frame of a video as you draw and the cursor turns into a multi-headed hydra of pencil icons. I’ll say no more, because those clicks are your clicks to have. 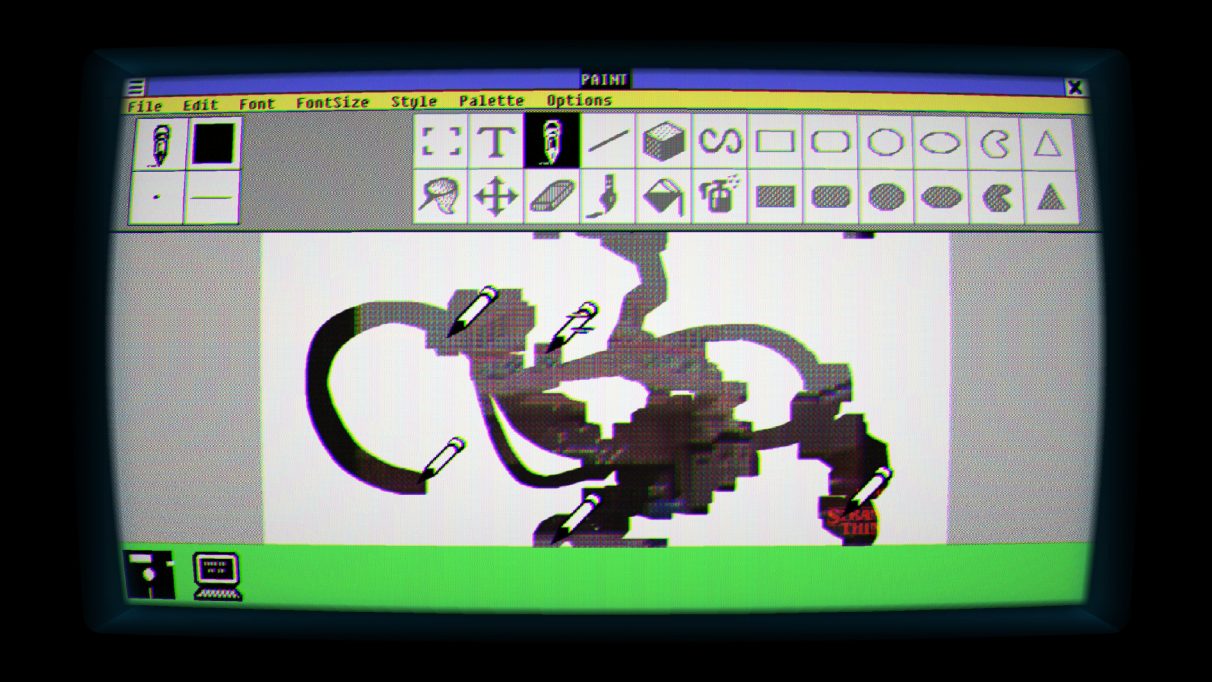 And now my opinion of the show so far: Steve and Dustin need a spin-off, Robin keeps accidentally using her mum’s face (she is Uma Thurman’s daughter), and the sheriff needs to chill a bit.