I had a fine time with Mutant Year Zero: Road To Eden's post-apocalyptic, ducking good blend of real-time stealth and turn-based combat, but one concern dogged me throughout. Used repeatedly throughout the game are two beyond-familiar terms: 'zone' and 'Stalker.' Names scorched into the very soul of anyone who's played the S.T.A.L.K.E.R. games/seen Tarkovsky's Stalker/read Roadside Picnic.

How what why? I asked Mutant Year Zero's developers to explain this anomaly. (And then I spent far too long researching the Swedish release dates of cult 1970s sci-fi).

In terms of its theme (mutants battling through a post-disaster world) developers The Bearded Ladies shrug off the legendary noughties survival-shooter series as an overt influence.

"We have seen a few people accuse us of just being a copy of Stalker," game director Lee Varley tells me, "but the original Pen and Paper was written back in 1984 where this type of post apocalyptic fiction was very popular."

'Mutant' was an 80s RPG, made and most popular in Sweden, and reborn a few years back as 'Mutant Year Zero.' It's the latter which most informs this month's videogame, but one of the contentious terms dates back to the former.

"The term 'zone' as in 'forbidden zones', i.e. places where radiation or disease is still active, has been in Mutant since its introduction in 1984," explains writer and Bearded Ladies' resident Mutant expert Jimmy Wilhelmsson. "The original authors, Michael Petersen and Gunilla Jonsson, were, and are, quite familiar with sci-fi literature of the time. The two main sources of inspiration were the RPG 'Gamma World' by TSR and the comic 'Kamandi' by DC."

It should be pointed out here that STALKER's use of the term 'zone' originated in the 1971 novel Roadside Picnic, by Arkady and Boris Strugatsky, which obviously pre-dates Mutant by over a decade. That talked of 'zones' rather than 'The Zone'. It was Tarkovsky's very loose (and entirely remarkable) 1979 film adaptation Stalker that really cemented capital-t, capital-z The Zone as a singular place of post-disaster weirdness and lethality.

Meanwhile, Gamma World first showed up in 1978, while the comic Kamandi began publication in 1972; neither of these used the specific term 'zone', though the essential concept of post-disaster survival and mutation abides. As an aside, Fallout precursor Wasteland was released in 1988, but began development in 1983. There's also the first Mad Max film in 1979, and more notably its hugely trope-setting sequel in 1981 - in other words, there was a dense knot of post-apocalyptic concepts inspiring and/or feeding off each other around the time of Mutant.

The question thus still hangs: was 1984 Mutant's 'zone' inspired by Roadside Picnic? It's perhaps unlikely that apparent sci-fi literature fans Petersen and Gunilla would have been unaware of the novel, which saw an award-winning Swedish translation in 1979 - the same year as the Tarkovsky film, however that was not released in Sweden until 1981. (Which, if anything, makes it even more likely that 'Zone' would have been on Swedish sci-fi fans' brains as 1984 approached). Or is it just one of those oh-so-appropriate terms that was inexorably going to be used for that kind of sci-fi context? It is, after all, a very cool word. 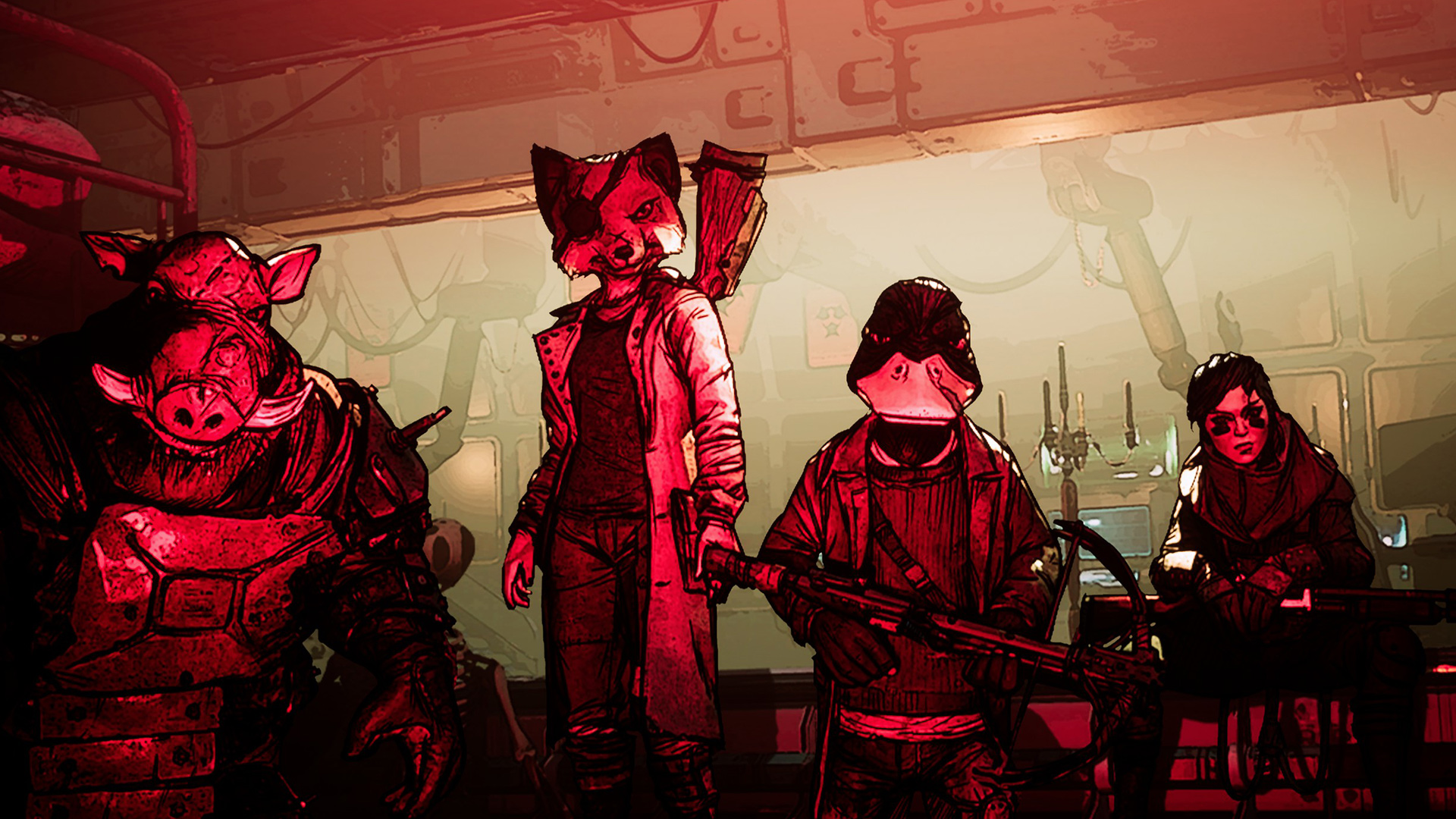 Things get knottier still when it comes to the Mutant Year Zero videogame's use of the word 'Stalker' to describe its free-roaming band of cantankerousness scavenger-soldiers.

"The term "stalker" and its meaning were not, however, very implicit back then [i.e. for the 1984 version of Mutant]," acknowledges Wilhelmsson. "The characters that people played could of course behave like a common stalker of today, but the term was more "adventurer", as in the tradition Dungeons & Dragons RPGs. "Stalker" is something that came with Mutant Year Zero (the English translation) when it rebooted the franchise in 2014."

2014 is, of course, a world away from 1984 when it comes to the gaming resonances of the term 'Stalker.' For most us, that word evokes GSC Gameworld's trio of ambitious, atmospheric first-person shooters, beginning with 2007's S.T.A.L.K.E.R.: Shadow of Chernobyl (first announced, to much public excitement, in 2001).

That and its two sequels, Clear Sky and Call of Pripyat, effectively hybridise ideas from Roadside Picnic (the novel), Stalker (the 1979 film) and the real-world 1986 Chernobyl disaster (the initial explorers of its radioactive ruins were nicknamed 'Stalkers', a likely reference to the Tarvoksky movie, with which it had some eerie parallels).

Importantly, the S.T.A.L.K.E.R. games are not, in fact, an official adaptation of Roadside Picnic or Stalker. These Ukranian-made PC games' influences and borrowed terms were worn shamelessly on their sleeve - I can't help but wonder if a Western-made game might not have gotten away with this. But on that basis at least, Mutant/Mutant Year Zero is off the moral hook for its talk of zones and stalkers.

Doubly so for Mutant Year Zero, the 2018 videogame, which, as developers Varley and Wilhelmsson have done here, can simply point to the pen and paper source material as the origins of its Zone and Stalkers. I don't think it would, however, be wholly unreasonable to consider putting certain 2s together with certain 2s to form theories on how the 2014 pen and paper RPG Mutant Year Zero ended up calling its protagonists 'Stalkers.'

Beyond the shared terminology, there's also the matter of Mutant Year Zero's thematic inspirations. Like S.T.A.L.K.E.R. (and the later The Last Of Us), its take on a post-disaster setting is a verdant, living rather than blasted environment, plus its heroes have the job of scouring this strange new world for valuable artefacts. Game director Lee Varley doesn't dispute the parallels, but observes that there are key differences.

"I see Stalker and Mutant as being different within their approach to the themes within the world. In Stalker and Roadside picnic, the zone feels a a bit more supernatural, from our perspective, whereas in Mutant the characters have a more child-like perspective of the world, which helps to deliver a touch of humor that can feel grounded. An example is misunderstanding normal household objects." 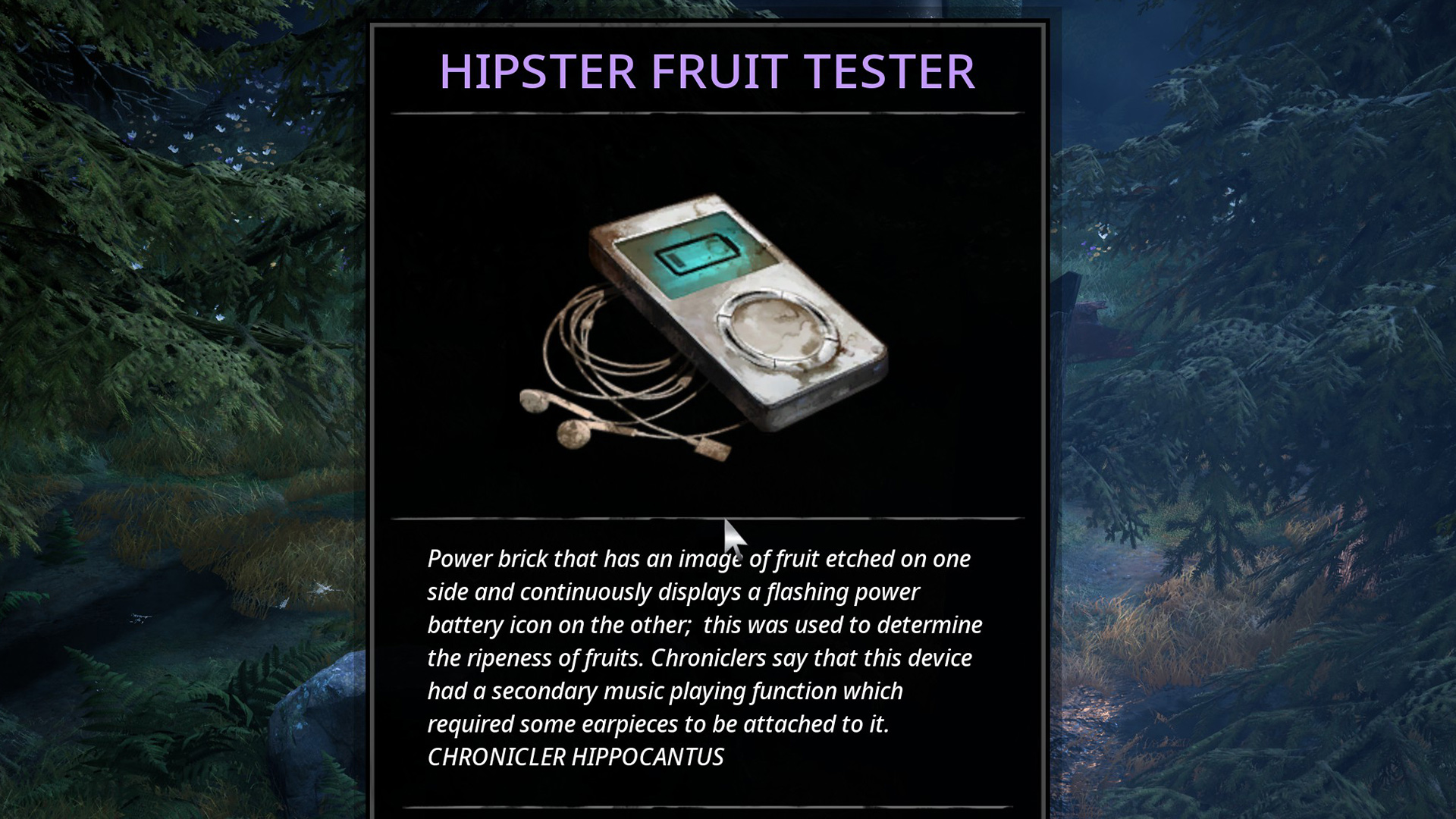 Which is fair. S.T.A.L.K.E.R.'s Stalkers don't scavenge for ancient iPods that they misinterpret as fruit-testing machines, after all. Mutant Year Zero's Stalkers also have the strange distinction of being bipedal, talking animals. As I mentioned in my Mutant Year Zero review, perhaps the most remarkable thing about MYZ is that it doesn't feel preposterous - it evokes much of the anxiety and moodiness of S.T.A.L.K.E.R., despite starring wise-talking wildfowl.

"We spent many iterations getting the characters to both look and sound serious while avoiding anything that could make them absurd or overly comical," explained Varley when I asked how they'd achieved that tone. "A good example was to get the voice acting right. The first castings had the actors trying to put on duck or pig accents, which removed all sense of seriousness from the characters. Once we put in place the 'no animal noises' rule, things got a lot easier."

Whatever the truth or justifications at the centre of Mutant Year Zero's tangled web of inspirations, now that it's a) out in the world b) a very solid videogame in its own right, it can create its own resonances, its own legacies. Which raises the question of what we might see next from it?

"We cannot really give too much away," says Lee Varley, "but Mutant is a very rich universe stretching across many books from 1984 to today. New books are still being made in that universe. So, naturally, exploring this Universe more would be great given the opportunity."

I hope we do see more. While explaining away the familiar terminology might require a little mental gymnastics, I'm genuinely delighted to be able to say that there's another strong game that plays with these themes and worlds.