If you click on a link and make a purchase we may receive a small commission. Read our editorial policy.
Premature Evaluation is the weekly column in which Steve Hogarty explores the wilds of early access. This week, he's taken charge of the gogglebox in TV management sim Not For Broadcast.

Television, that prehistoric broadcast medium of unrequested shapes and noises spilling out of a furious little box that all your furniture points towards. That wretched hutch where tiny Cilla Black made her nest, where Anneka Rice routinely slipped the surly bonds of earth and a seven inch Matthew Kelly taunted families with all expenses paid trips to Costa Brava, if only dad could identify twenty lawnmowers by their silhouette alone. Before it was possible to watch eight uninterrupted hours of YouTube videos about airline logistics while lying on the bathroom floor, the scheduled spew of programmed television was all we had.

Not For Broadcast plonks you in the seat of a television producer in an alternate reality Britain, circa the late 1980s, in which a radical and authoritarian political party has swept to power on a wave of populism. You’re a cleaner who’s somehow stumbled into the role of almighty broadcast controller, placed in charge of a desk of sliders, dials and censor buttons, and able to switch between one of four live camera feeds on the fly. You are the unseen hand puppeteering the eyeballs of the nation during tumultuous times, with the immediate goal of ensuring that viewing figures go up rather than down, and the longer term objective of steering the government’s propaganda one way or the other. 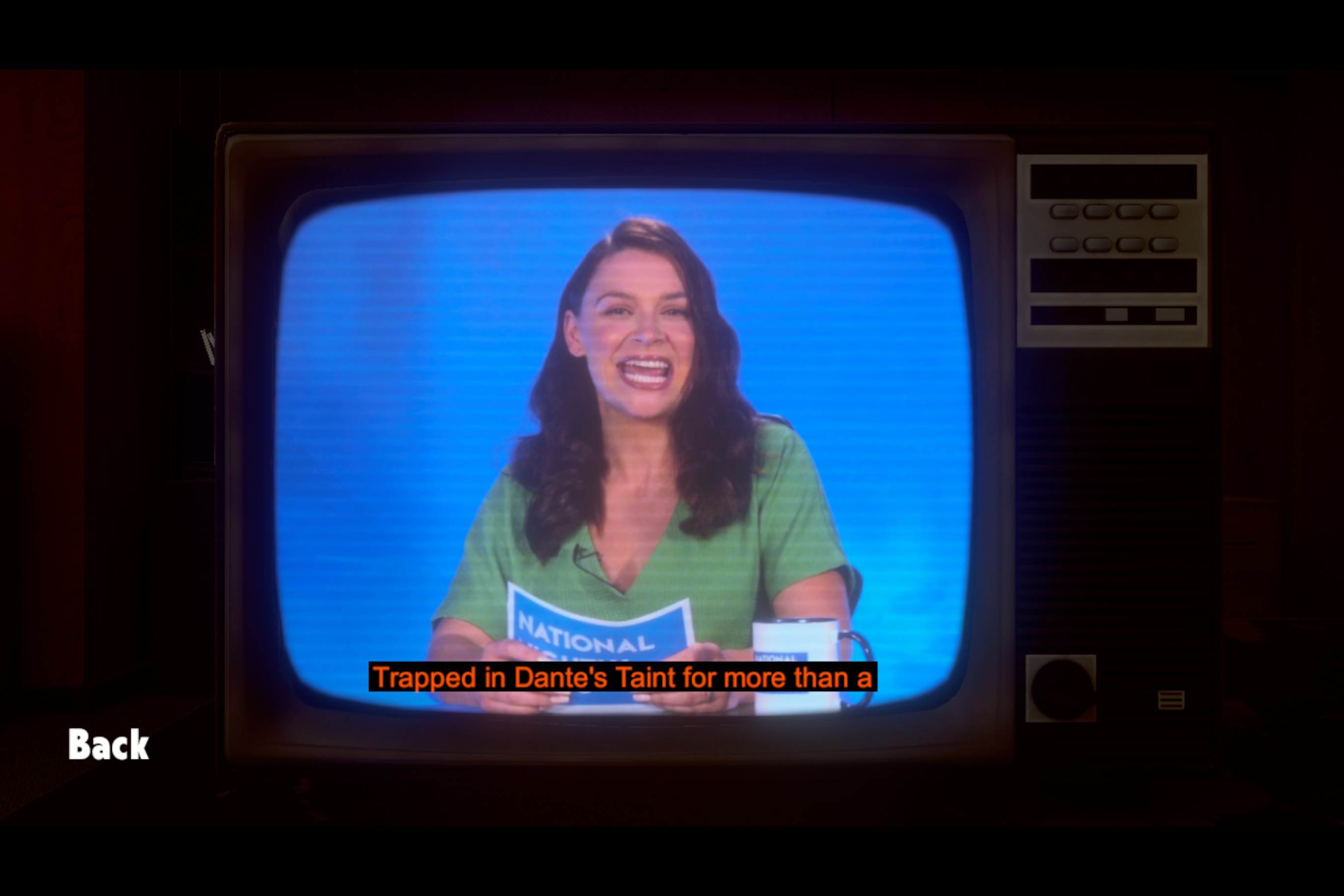 What you’re editing is a series of hammy live-action news broadcasts and feature segments, all acted out by what appears to be a lovely bunch of friends having a nice time. There are interviews with parodies of capricious thespians, extended coverage of a fictional sport with an inscrutable set of ever-changing rules, and discussion of the politics of the hour with shamelessly self-promoting authors. Part of the fun is being privy to what happens when the cameras aren’t rolling, the celebrity tantrums and gossiping anchors that continue to play out behind whichever advertisements you’ve slotted in.

I would hold off engraving the Emmys for the time being, but the writing and acting is just about decent enough to carry each of the three available stages from beginning to end, and the playful tone of each broadcast papers over any serious cracks in the performances. Also, full motion video in games has a rich tradition of being entertainingly ropey, and there’s really no reason to rock the boat in that regard. 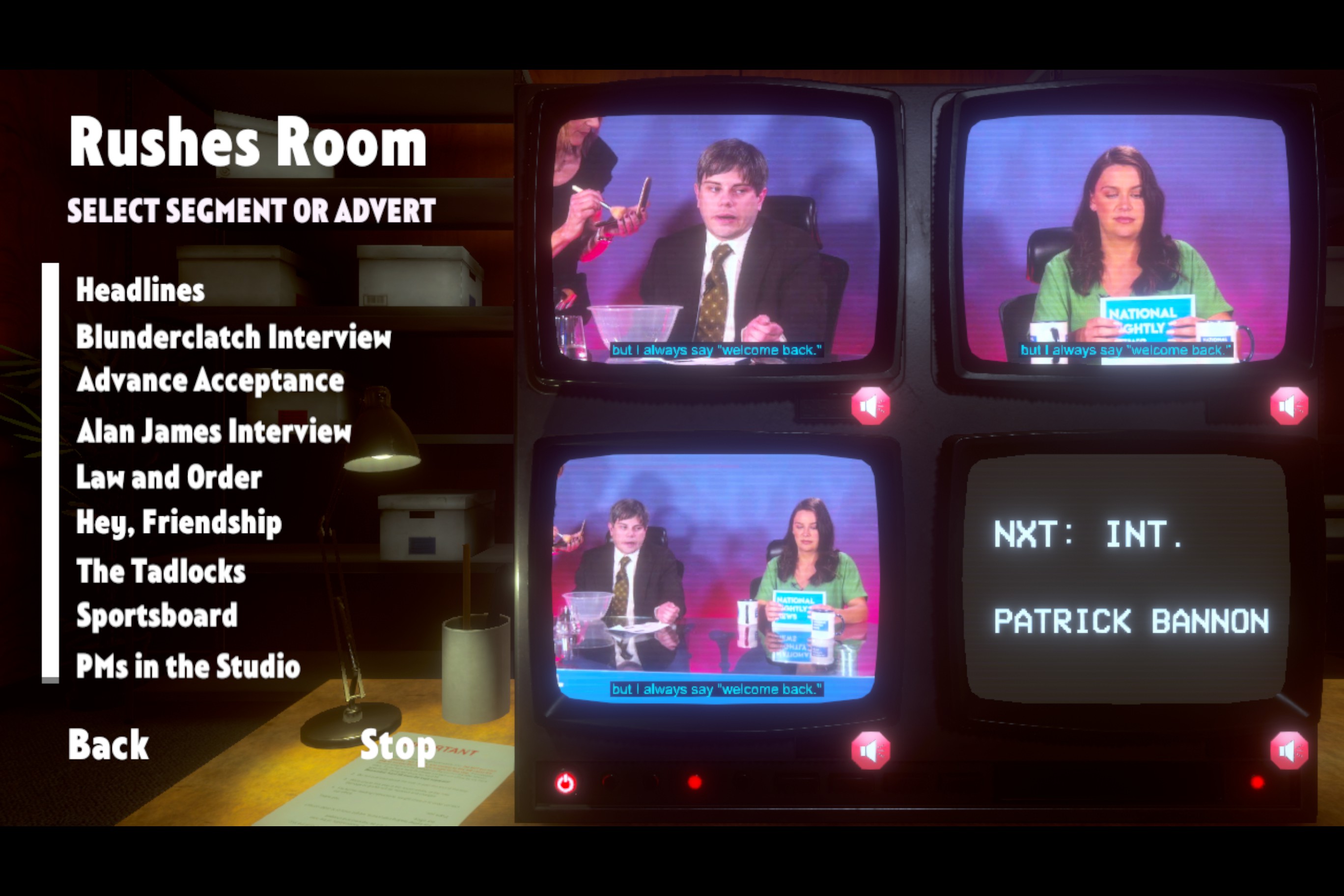 As the controller, your own performance is judged by how well you can switch between your array of available cameras, while bleeping out cursing, cueing up on-screen images and triggering advertisements. The scoring is fuzzy and forgiving, but as long as you point the live feed towards whoever’s talking, while cutting away for reaction shots or to the wide angle feed every ten or so seconds to keep the broadcast interesting, the viewers at home will stay engaged and the show will continue rolling. One of your two monitors is on a two-second time delay, giving you a few precious seconds to censor any f**ks or b***ers that slip out on air.

The broadcasts are each consciously constructed in such a way as to give the player something to do. Interviewees seem to delight in slipping in swear words when you least expect them. At one stage, you’re editing around naked protestors as they hurl their pink bodies in front of each of your cameras. When things in the studio begin to go off the rails it feels chaotic in the control room, like your brain is being tugged in two directions at once, but it’s at these moments where your influence on the action feels particularly diminished. 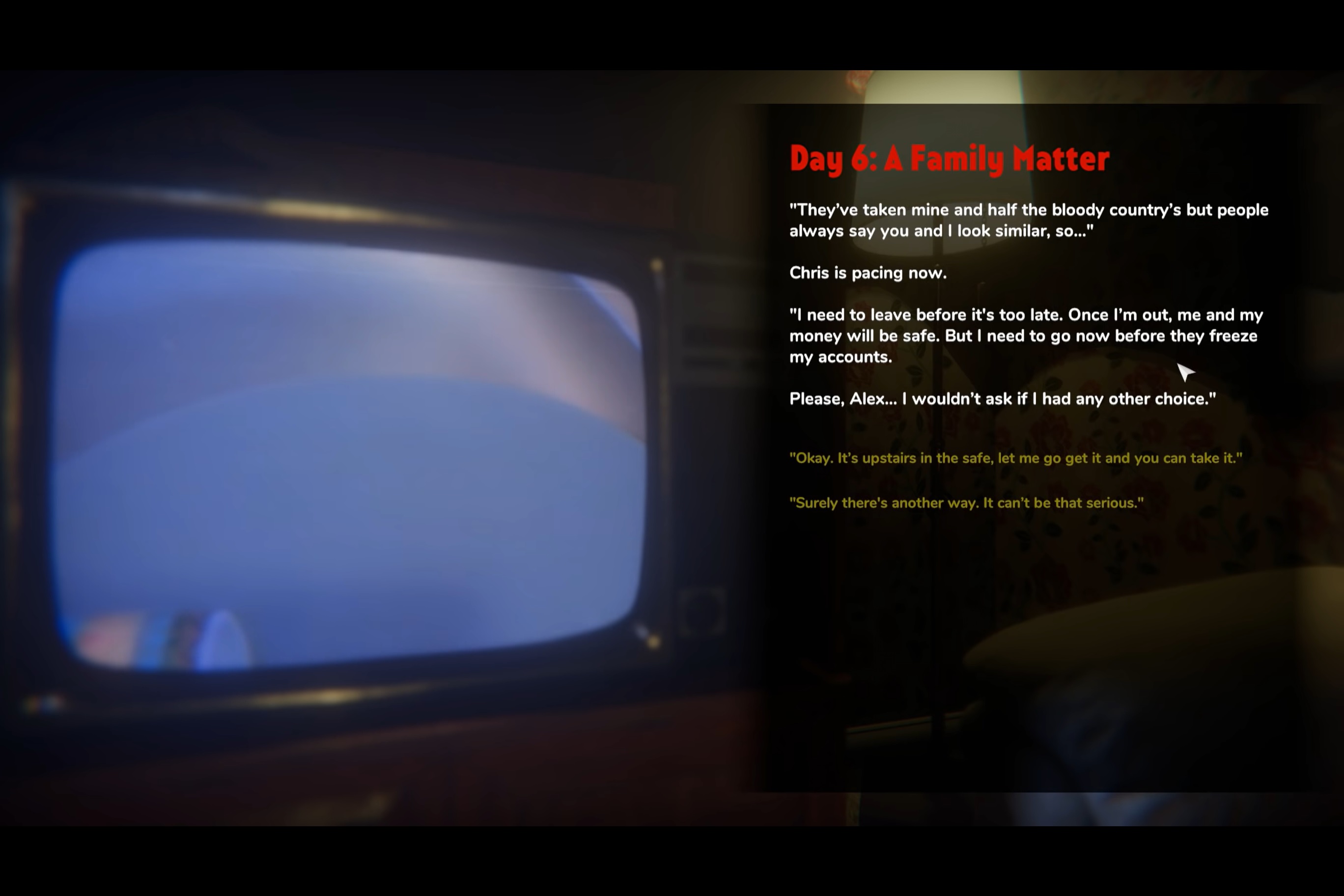 For all your camera swapping, Not For Broadcast makes you feel like a powerless spectator for the most part. Flipping between feeds becomes passive busywork, especially in the less hectic moments of the broadcast. A mini-game in which you’re avoiding interference by idly scrolling up and down to avoid floating shapes exists only to give your fingers something to do while the FMV runs, and an electrical storm that randomly deactivates some of your desk’s buttons suggests that ideas might be running thin at a precariously early stage in development. Controlling the live broadcast just isn’t terribly entertaining by itself, especially when failure means having to rewatch anything up to five minutes of a video whose jokes you’ve already sat through once before. Not For Broadcast doesn’t quite know if it wants to be played or watched.

Outside of the studio, the plot unfolds in a series of choice-based events where the decisions you make promise to have an effect on how the story unfolds, but the eventual outcomes of which aren’t realised in the early access version. The fictional government in charge is a hedge-betting amalgamation of several corners of radical British politics, enacting a far-left socialist policy of forced wealth redistribution while introducing sweeping new police powers, placing the player in the middle of a moral maze. Your first quandary hinges on whether to help a wealthy relative flee the country with all of his hard-earned cash. Later, when all private enterprise has been nationalised, you can choose to only play advertisements for the corporate sponsors you have a personal stake in. 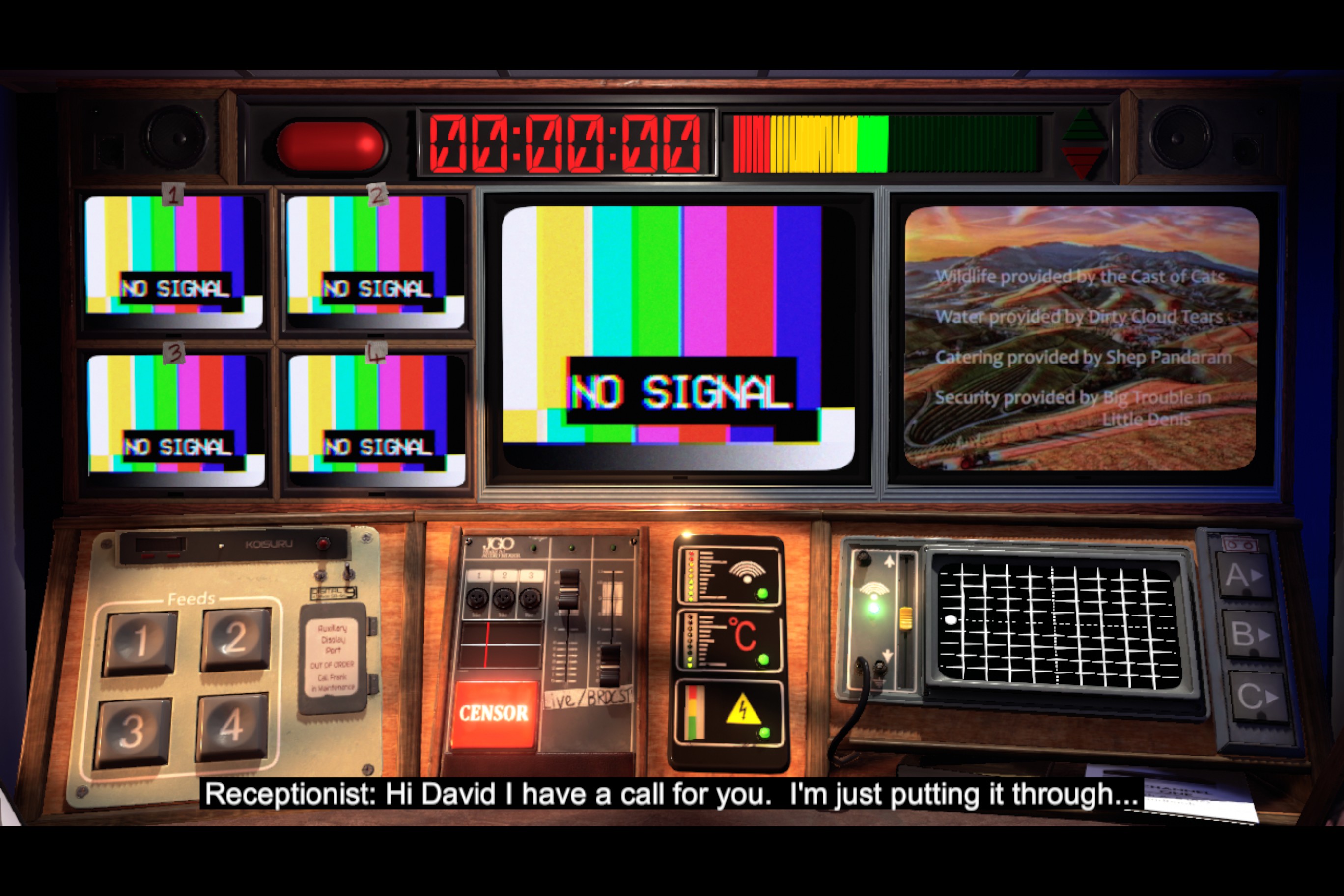 As a political allegory it’s a little confused, a cartoonish cocktail of Faragist populism and red scare Corbynism that wants to please players on both sides of the political divide. Or maybe there’s simply nothing of substance to divine in the game’s underlying politics. It’s hard to say with just these three introductory levels, which set up dominoes you never get to see topple over.

This is a story-driven game about consequences, which in this version has very few to speak of. Best to wait until Not For Broadcast leaves early access before jumping into the producer’s seat.