If you click on a link and make a purchase we may receive a small commission. Read our editorial policy.
Overthinking Games runs every other Monday, and is an opportunity for Malindy Hetfeld to take something about a game and think about it too much. Today she brings you the unconfined joy of music in Wandersong.

The central idea behind Wandersong is coming across things and singing at them, just to see what happens. Sure, there’s also this bit in the plot about the impending apocalypse, but no rush, we will eventually solve that with a song, too. More so than the story, the singing in Wandersong made me think about all the ways our brains connect to music, and how music is a natural element in our daily lives, and how that, in turn, connects us to each other.

In order to sing in Wandersong, all you have to do is use a wheel with different colours for each note (something that’s extremely satisfying to do with the stick of a controller), and et voilà, you’re singing at something. Parts of the world will react to your singing, and even if not you can just stop and put little impromptu songs together. The joy of singing, captured in one small game.

Singing in Wandersong is like entering a room with a piano: most people can’t help but press a key or show you how good they are at playing Twinkle, Twinkle, Little Star. The singing in this game is of a similar quality. It’s not the kind you’d use to impress someone with. Instead it’s more what would happen if everyone came out of their shell and sang whatever they secretly sing to themselves all day long, but in their outside voice so everyone could hear. 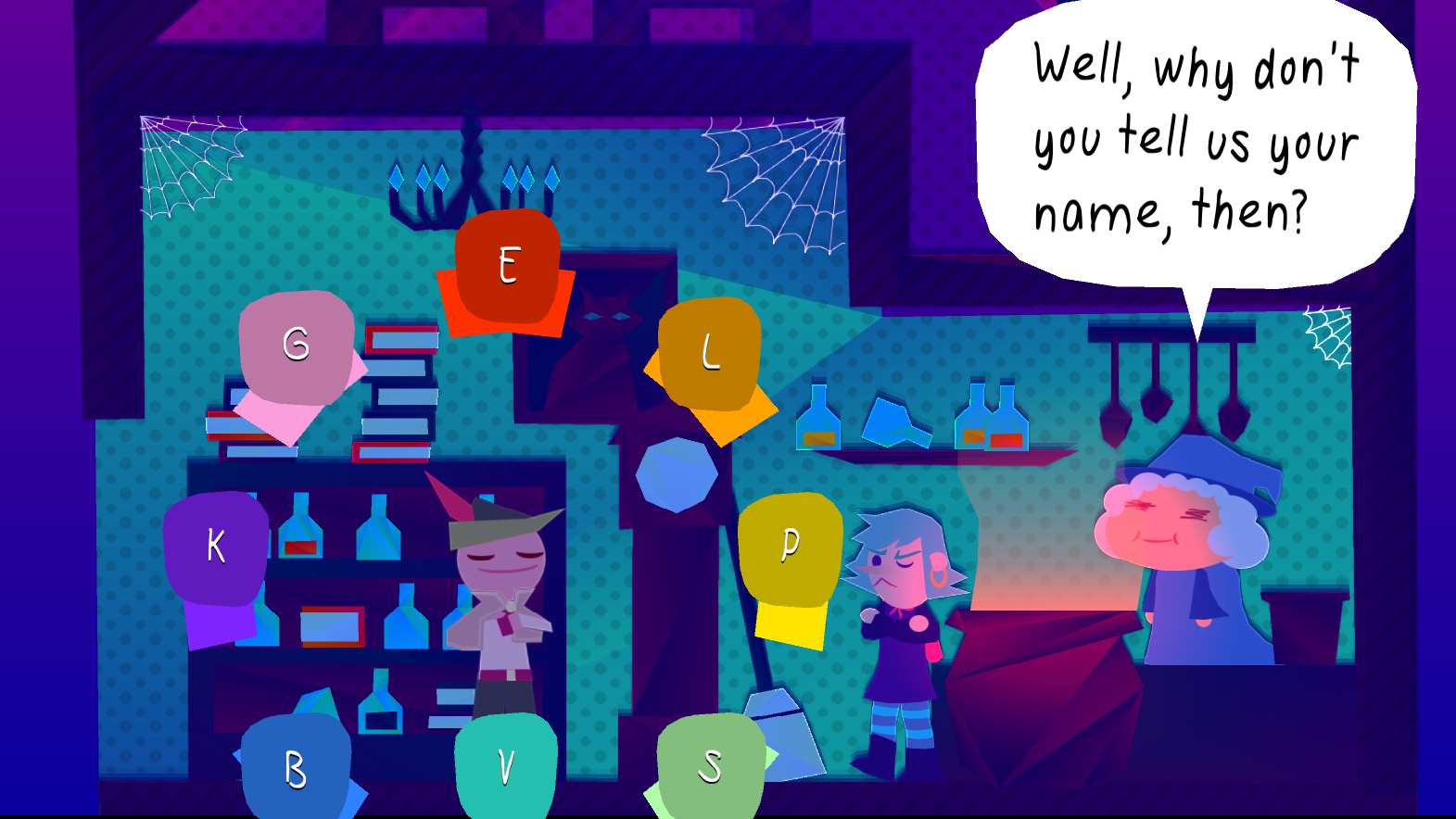 When exactly does singing become something we’d rather do in private, like a guilty pleasure? For the first years of our life we’re taught the opposite. Singing traditional lullabies to toddlers helps with their communication skills, and is a great test of memory. It also aids in developing rhythm from an early age, and it’s not an accident that songs are involved in a lot of children’s entertainment. Up to a certain age, toddlers are unable to distinguish between speech and music, so music can help them learn pitch, and tell the difference between a happy tone of voice in a major key, and a sad or angry one in a minor.

Expressing emotion is a key element of Wandersong. If your little bard makes a face of distress, his pitch and volume change with it. He doesn’t have to tell you he’s sad, you just know because you’re familiar with the moods music can convey. To my mind, it also proves that the difference between music and speech is pretty arbitrary. You put together words and sentences through song, and the game refers to music as a “spirit language”, positioning music as the ancient form of communication that connects people with… anything and everything, really. Monsters, ghosts, each other. Outside of the game, some of our most significant human emotions are expressed through song: choral hymns and gospel invoke Christian faith; love songs regularly give voice to the multi-faceted feeling so much of life revolves around.

As if just belting out tunes wasn’t a daring enough proposition, Wandersong also points out the natural relationship between music and dance. You can dance at any point, and there are multiple dances for you to learn. After all, sometimes you just want to move, right? Like singing, dancing is something that takes courage if you’re not all that good at it, but is all but baked into our DNA. It’s a great workout, too. The dances in Wandersong are all done by one person, and as such they have the same loose and fun quality to them as singing to yourself. They’re more like little jiggles and twirls than actual dances, which is accurate to how people dance if they have no one to impress. As mugs you have definitely seen in an office kitchen cupboard at least once say: Dance Like You Do When Nobody Is Watching!! 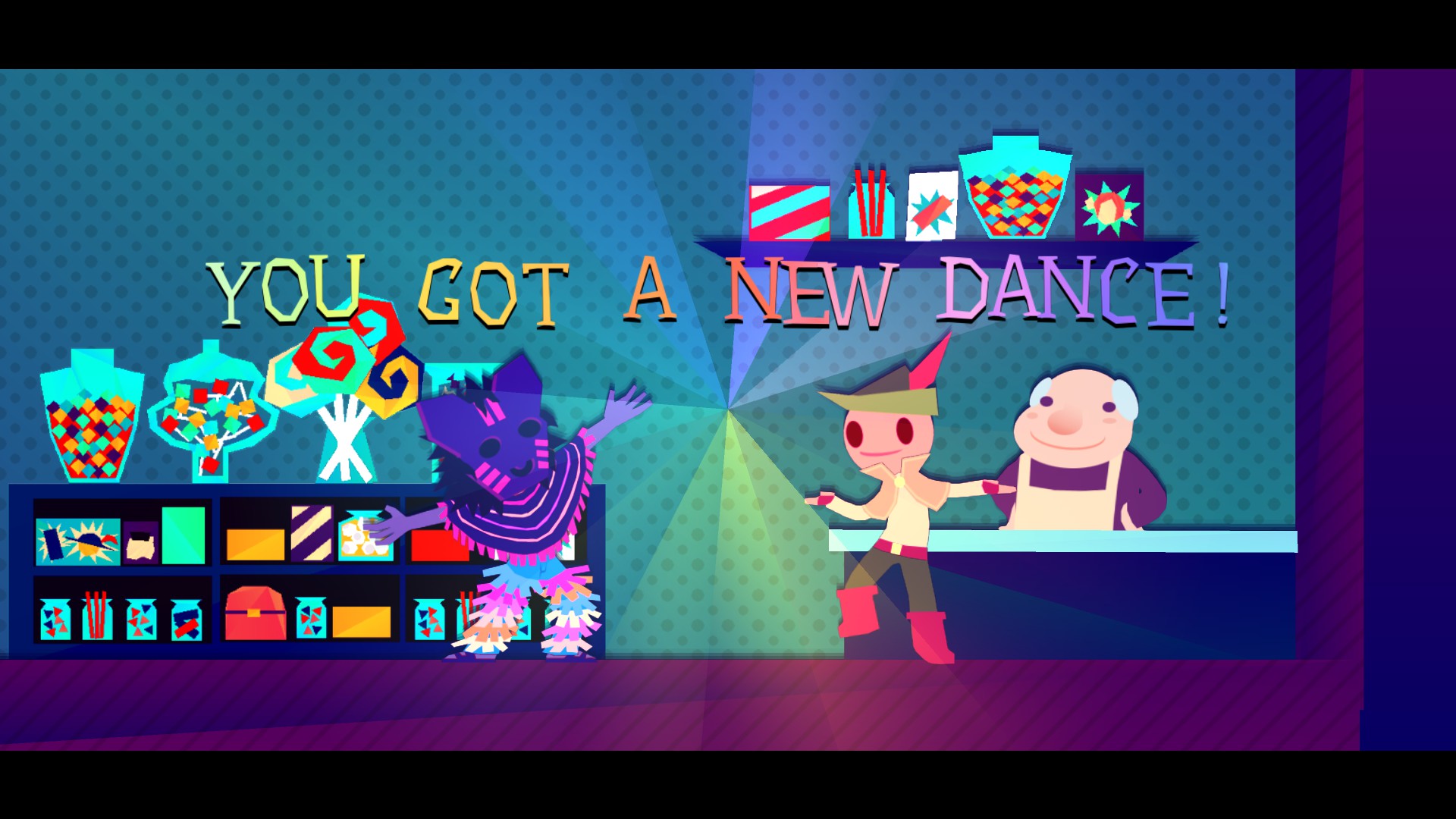 Casting shows and YouTube musicians have had their hand in making singing in public more scary than before – either you’re great, or you’re in for some crushing feedback. That’s why it’s important that Wandersong is completely free of judgement and pretty lenient with how you execute the singing commands. It does have sequences in which you have to sing little tunes from memory, but if you don’t get it 100% right, that’s ok, too. After all, just grabbing notes out of thin air after hearing them once is a considerable musical skill (and thus part of every ABRSM exam at the Royal Schools of Music). While you may develop a feeling for which notes sound good together, the goal isn’t to teach you any fixed rules about music. After all, a wheel with one octave (that’s eight notes going up the scale) doesn’t exactly let you compose operas. Every instance of you singing, no matter how accomplished, is met with enthusiasm from your audience.

The most important thing Wandersong shows, by letting you express yourself whenever you like, that music can connect us. The little bard sings because it makes people happy, and it makes them put their differences aside to talk to each other. It’s a universally understood language. Music makes us great communicators because, after all, in order to enjoy it, we have to listen.

Wandersong evokes the feeling of all those half-remembered Disney films in which heroes establish their character through song. But it also reminds me of my mother, who to this day expresses her delight at the smallest of things through a roughly improvised song: “I’m gonna make a sandwich,” she’ll sing, “A saha-ha-handwich.” (Also in her repertoire: a song from a 1950s commercial listing the advantages of the telephone. She will take that jingle to the grave and so will I.) What I’ve learned is that being unafraid to sing and create tunes off the cuff makes for a happy home.