Valve's attempts to identify 'fake' games on Steam through automated metrics may have backfired, hurting the developers of some excellent games in the process. As brought up by Wandersong developer Greg Lobanov on Twitter yesterday, the well-reviewed, multi-award-winning game was flagged as an unknown quantity on the store. Until Steam somehow learnt more about the game through users interactions with it, it wouldn't be eligible for full Steam store perks such as offering trading cards, but nothing seemed to be budging even months after launch.

After raising awareness of the issue on Twitter, Lobanov has since been contacted directly by Valve, who say that this was a bug that Wandersong and "many other games" were permanently restricted by, and that the problem is only now being addressed five months later. Wandersong is now free of restrictions, some other games appear stuck in this bizarre 'not quite real' limbo state.

UPDATE: Valve emailed us directly to say that this was actually a bug, and that us and many other games were perma-restricted by mistake. because we brought attention to it, they're now fixing it! hooray! https://t.co/GWqszcdj4N

Wandersong's sonorously squeaky wheel got the grease and is now correctly considered real, but others are still stuck in limbo. One of my personal top games of 2018, Lucah: Born Of A Dream still has that 'Steam is learning about this game' mark on it. Much as its developer would like, it's restricted from adding trading cards, being counted towards global achievement scores or even being counted as a game in people's library total. So, Valve, if you're reading this: Yes, Lucah is a real game. It is a very gamey Souls-like game, even. You can stop "learning" about it now. 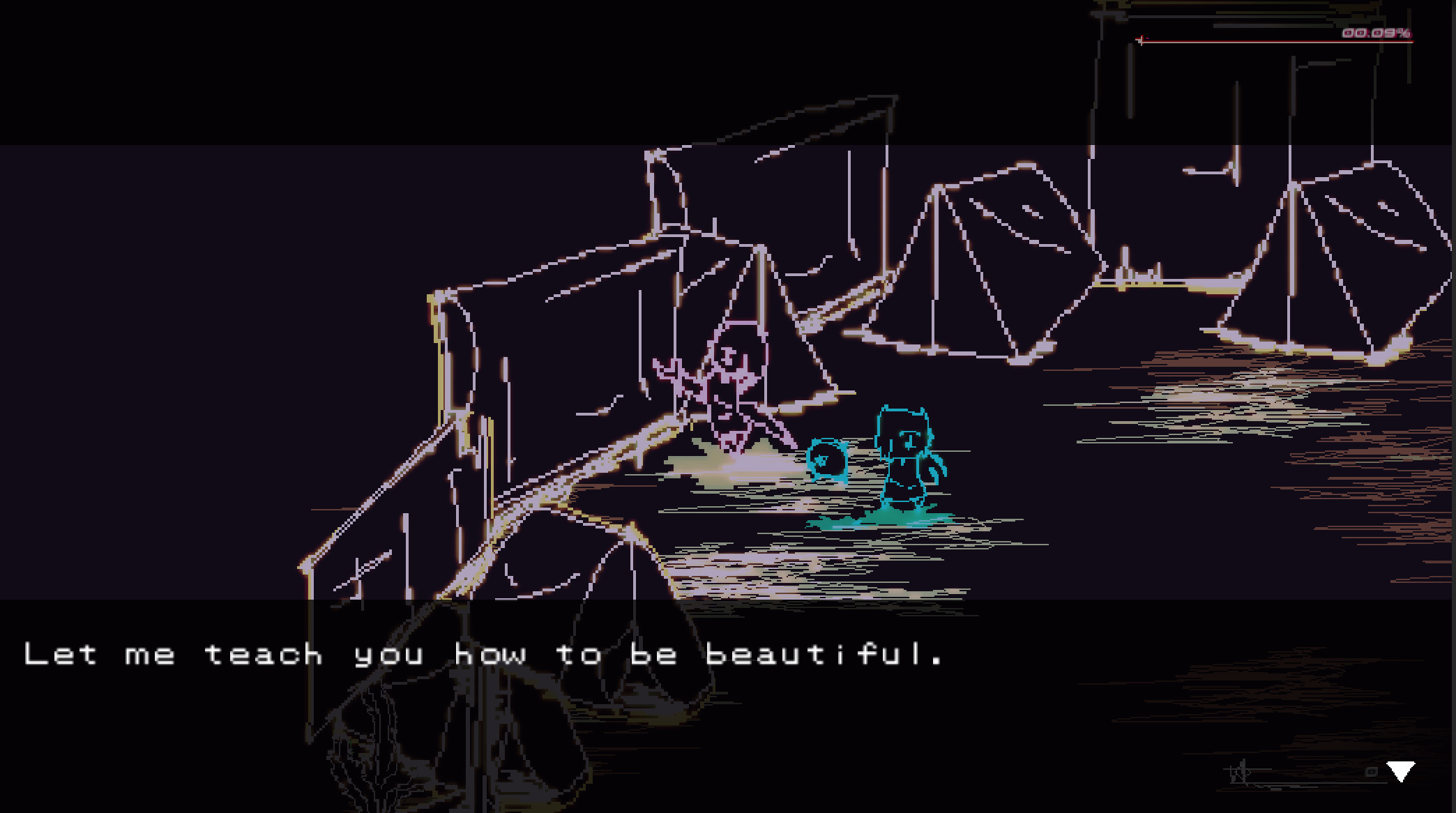 On his personal Twitter account, Wandersong developer Greg Lobanov also mentions that he had submitted support tickets over this issue before, only to be told that everything was working as intended. Only after the story got picked up by larger sites like Kotaku and Polygon did Valve acknowledge that a problem existed, and even then only through directly contacting Lobanov. A quick look around reveals that the also-excellent (if very weird) Pig Eat Ball also carries the "still learning" mark on Steam. While strange, it's very much real, and from a well-known veteran developer.

Other games appear to be stuck in an even more confusing state. Clever little semi-roguelike shmup (and a personal early access pick) The Void Rains Upon Her Heart entered early access before the 'learning about this game' tag came into use. The good news is that - according to its developer on Twitter - the game doesn't have any limits on achievements. The bad news is that other restrictions do apply, and there's no indication on the store itself that they're affecting it. I can only wonder how many more games have been hit by this. Other developers have said they got restrictions lifted by pushing hard with support tickets and complaints, but that really shouldn't be necessary.

I'm losing hope that steam will ever recognize my little game as a "real game" so that I can finally put steam cards in it. I'm just super lucky that I released the game before the achievement limits. https://t.co/f82mWKucMJ

I feel this is just one more example of Valve attempting to solve problems through automation where a human could solve it in minutes. Wandersong's glowing review score was obviously not being inflated by bots. Neither was its coverage by sites and magazines. I implore you, Valve - hire more humans for your enormous, incredibly profitable store. Even with the recent influx of releases, there's not that many new games to examine each day.

In the meantime, check out the Steam pages for Wandersong, Lucah: Born of A Dream, Pig Eat Ball, The Void Rains Upon Her Heart, and share any others similarly affected below. You should also read Giada Gavarise's positively joyful Wandersong review.