Path Of Exile's quarterly leagues are always a good excuse to return to the free-to-play action RPG. A fresh start for all players, new skills to learn and a major new twist added to the game each time. The previous Incursion league was a fast and focused side-dungeon adventure, and the Delve league - launching August 31st - looks similar in structure. They've found a deep, abandoned and very haunted mine in Wraeclast, so players get to lead a light-generating machine down into its bottomless depths in search of fame, glory and (as usual) tons of loot.

As with the Incursion league before it, Delve is designed to be accessible to players of all levels. A short ways into a new game, players will bump into a new NPC - Niko the Mad - an inventor who thinks they've found a way to semi-safely explore the abandoned and recently rediscovered Azurite Mine. Find deposits of a special glowing mineral on your normal adventures to fuel up the Crawler, a fully automated light-bearing machine for use in an entirely new branching, endless challenge dungeon. Pick a node to explore to on the new Delve interface map, and away you go.

The flow of combat when delving into the Azurite Mine a little bit reminiscent of a Team Fortress payload map. You're constantly following the Crawler, fending off attacks from monsters that swarm in from the shadows. If the Crawler leaves you behind, the cursed darkness of the mine will burn through your health very quickly, forcing a mad dash back to the pool of light generated by the machine. It results in a far more aggressive, arcade-style mode of play than regular Path Of Exile, as you're constantly moving, constantly fighting.

As the Crawler is equipped with a vacuum to hoover up all that stuff you beat out of your enemies, you don't have to slow down to grab loot, so the focus remains entirely on keeping pace. The Crawler accelerates if you overtake it, so the impatient can rush forward to aggro more monsters simultaneously. At the end of each delve is an endurance battle, after which the Crawler will disgorge all of its loot into one enormous pile for you to sift through. You can then plan what branch of the mine you'll be exploring next, or whether you'll return to your regular quest. 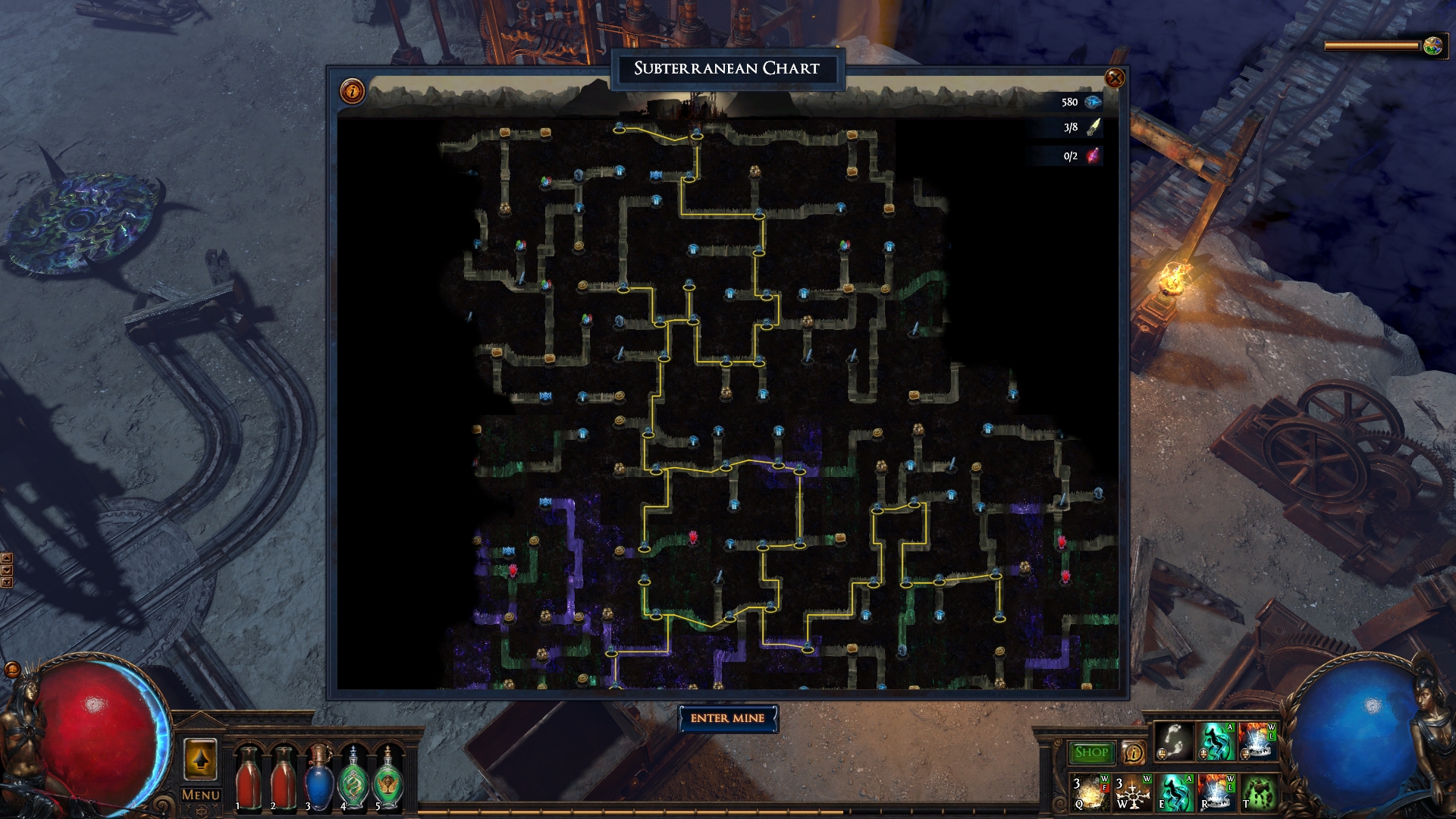 The Azurite Mine has its own randomly generated world map for every player, endlessly deep and wide. The deeper you get, the harder survival becomes, but you can invest Azurite earned (the glowing blue stuff they were mining down here) to invest into upgrades, such as a brighter light for your Crawler, flares to allow you to (hurriedly) explore dark and treasure-filled side-chambers, or greater resistance to the increasingly deadly darkness. You can also move sideways across the mine into new areas, but of similar difficulty, if you're happy with the current challenge.

Grinding Gear head Chris Wilson told me that they plan to use the Delve league to figure out just what the most powerful builds in the game are. There's only so much their in-house playtesters can do, given the countless moving parts of the game, so they'll be watching the deepest delvers to help them gauge what's working, what's not, and what's completely broken. The Mines themselves will have their own separate leaderboards as well, so you can track who the best players are, or what friend just made you look like a dungeon-crawling novice. 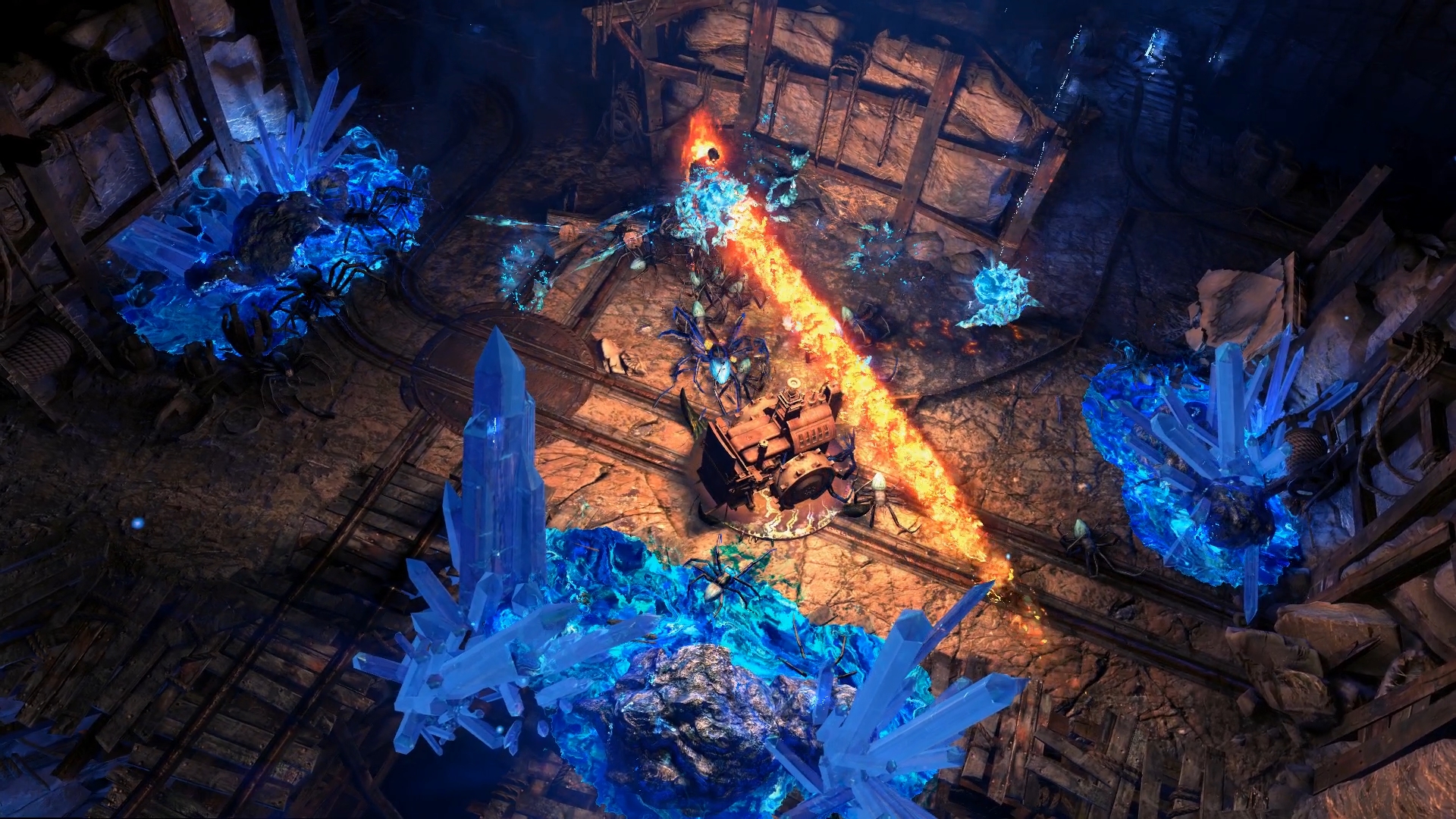 In order to tempt players underground to get this massive testing machine up to speed, they're seeding it with highly desirable rewards. Down in the mines you have a (small) chance to find Timeworn Reliquaries. These special keys first appeared in the Legacy league, and can be exchanged for a single random unique item. The Reliquary gear is all from past leagues, and is otherwise unobtainable now. Reliquary items even look fancy in your inventory, with special shimmering rainbow-effect item sprites.

Also in the mines are Alchemical Resonators, which are special socketed crafting items. By filling them with Fossils found in the mines, you can use them to create more specific kinds of custom equipment. While regular crafting items allow you to just roll the dice without constraint, being able to pick what elements, strengths or weaknesses an item will have is something many players will be eager to dig for. Down in the mines are also 18 new unique items (although half of them can be found on the surface), plus this league will be adding or reworking another ten skill gems. 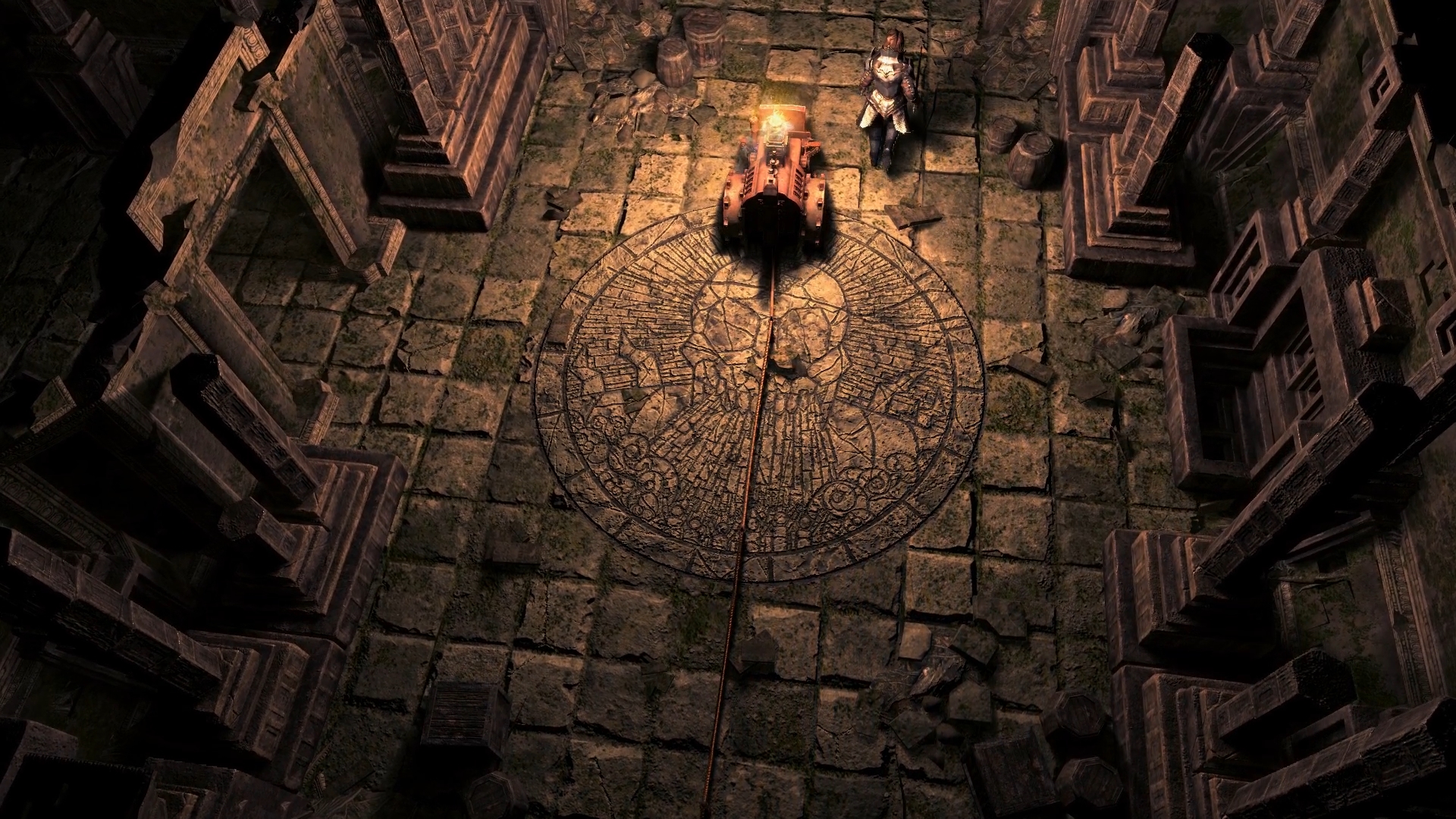 Lastly, Path Of Exile will be just that little big prettier when this league launches. Grinding Gear have added global illumination and ambient occlusion (great for the look of those those shadowy mine tunnels), plus some new physics-driven water simulation tech. While it's purely cosmetic, it does make the game's many winding rivers and beaches look lovely. They've also updated the look of a bunch of early-game monsters and bosses to match the detail of newer critters. Y'know, Wraeclast would almost be picturesque, if it weren't covered in zombie guts.

Path Of Exile is free-to-play, and the Delve league launches on August 31st, so if you've got any unfinished business with the Vaal in the Incursion league, you'd best get that done soon.