I gave up on the plague-doctoring of Pathologic 2 after suffering from its punitive survival meters and tedious food-getting. The place has so little grub I spent my brief visit wrestling with a frustrating hunger. Yet for those hardy souls willing to overlook constant death and harsh restarts, there are some excellent scenes of unease and disquiet in this grey, decaying town. One moment, more than any, sticks out. The evening I went to a train station, where the kids hang out after dark. There, in the dimness, they play a children’s game. They call it “train summoning”.

Spoilers, obviously, for those looking to live through this moment of terror themselves.

At about 9pm, I ambled up to these children of the railroad. Some sat with their legs dangling off the platform, saying nothing to one another. Others stood around. I peered at the kids and spoke to one of them, a little girl. She told me they were summoning trains. But there hasn’t been a train in weeks, according to everyone else in town. Which goes part way to explaining the food shortage. Train summoning? A child’s flight of fancy. What healthy imaginations these malnourished youngsters have. 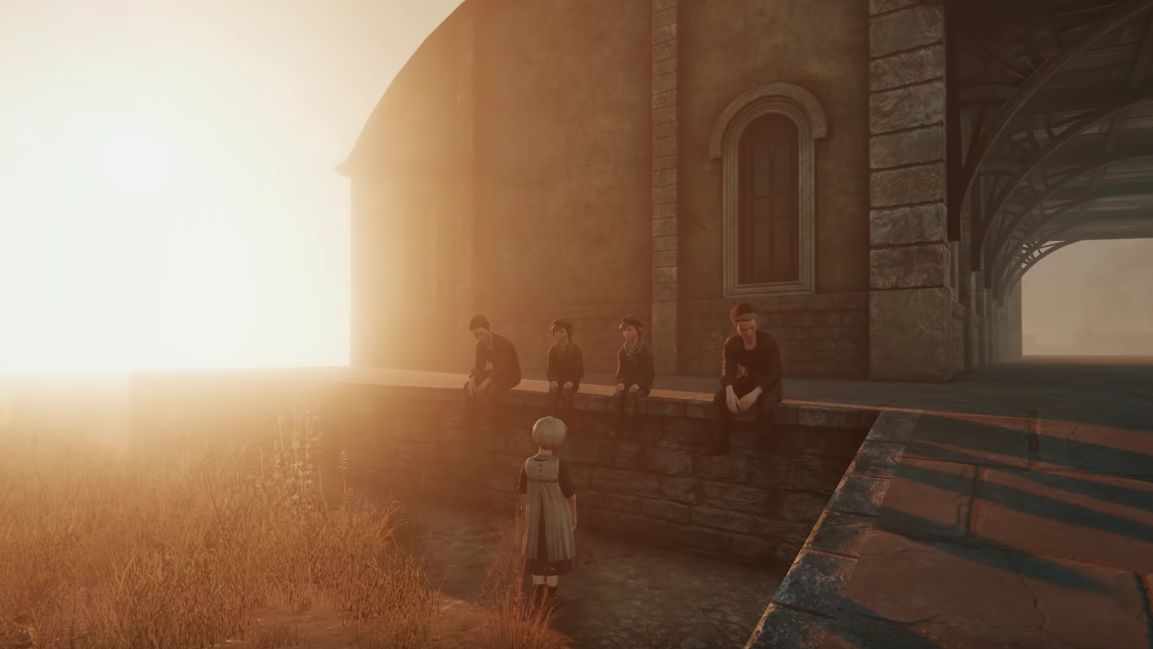 Train summoning, the little girl insisted. You need to go to the end of a line, she said. Like that dead-end of a line that juts out into the steppe. That railroad nearby that stops in the dust, with only a simple barrier to mark it’s meaninglessness. You need to go out there, she said, and say an adjective you’re thinking to yourself. She gave me a list of words to choose, and I selected one. That’s all, she said, that’s the secret art of train summoning.

Hm. Yeah, you know what? Sure. Maybe there’s a quest thing going on here, I thought to myself. Maybe there will be some reward at the end of all this. Perhaps I even imagined some cache of food, in my desperation. The children of Pathologic 2 are known to leave caches of trinkets in certain places. I conjured up a vague hope that maybe there would be a box at this dead track, with some dry toast inside. Worst case scenario, this is just more of the game’s cryptic bullshit, and nothing happens. 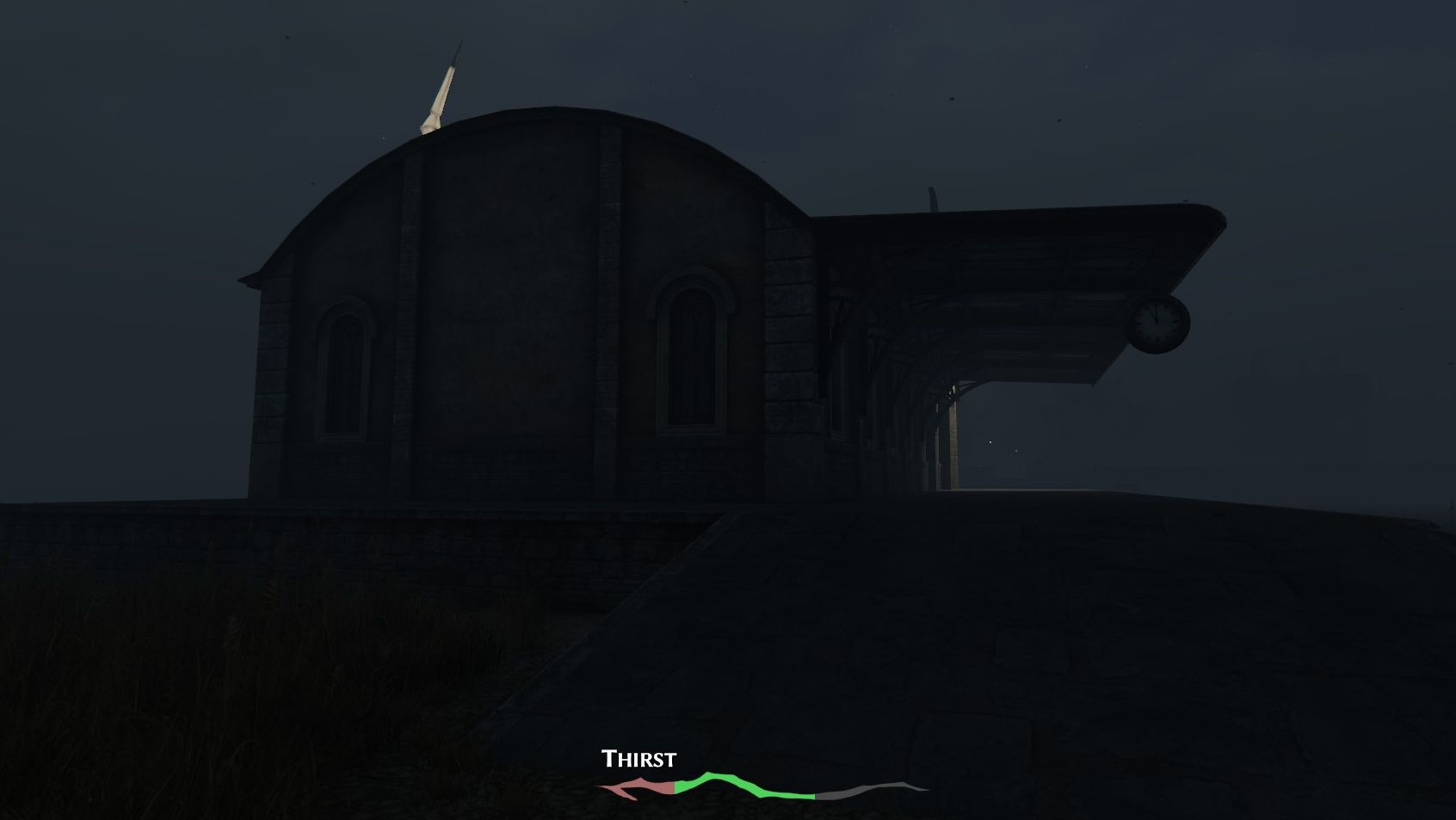 I followed the tracks to the abandoned line. There was nobody there. Beyond the dead-end of track was countryside, shrouded in night fog. I looked around for something to press, maybe a glowing bit of scenery to touch, some corner of a box sticking out of the dirt. I scanned the end-of-line barrier for any sign of a “Press E to Summon Train”. There was nothing here. I stood around for a few more seconds. Nothing. There’s no way to speak in this game, so it’s not as if I could press a button to just say my chosen adjective out loud.

Then, with the idleness of a reviewer growing tired of his assignment, and partly to amuse myself, partly to give the sigh welling up in me something to cling to as it exited my body, I said my chosen word aloud.

I was alone in the house, just me and the cat. I mutter to myself all the time anyway, so who cares if I say "Iron" out loud, and anyway nothing is going to happ--

That sound. The ghostly noise of a train chugging towards me, closer and closer. I looked around, but there was nothing to see. Still the sound of chugging steam came closer and closer, until it seemed to run over me. I was frozen, hands and mouse stiff on the keyboard. Finally, the noise slowed and stopped and went silent. I said: “uhhhh.” And I was suddenly very aware of being alone in my flat, with nobody to ask: “did that just happen?”. It’s been a long time since a game gave me such a chill.

Of course, this was just a sound effect triggered by timing and positioning, right? It’s not as if, ha ha, it’s not as if the game was listening out for that word. Not as if the spirits of Pathologic 2 were watching over me as I played. Ha ha ha. Pfft. 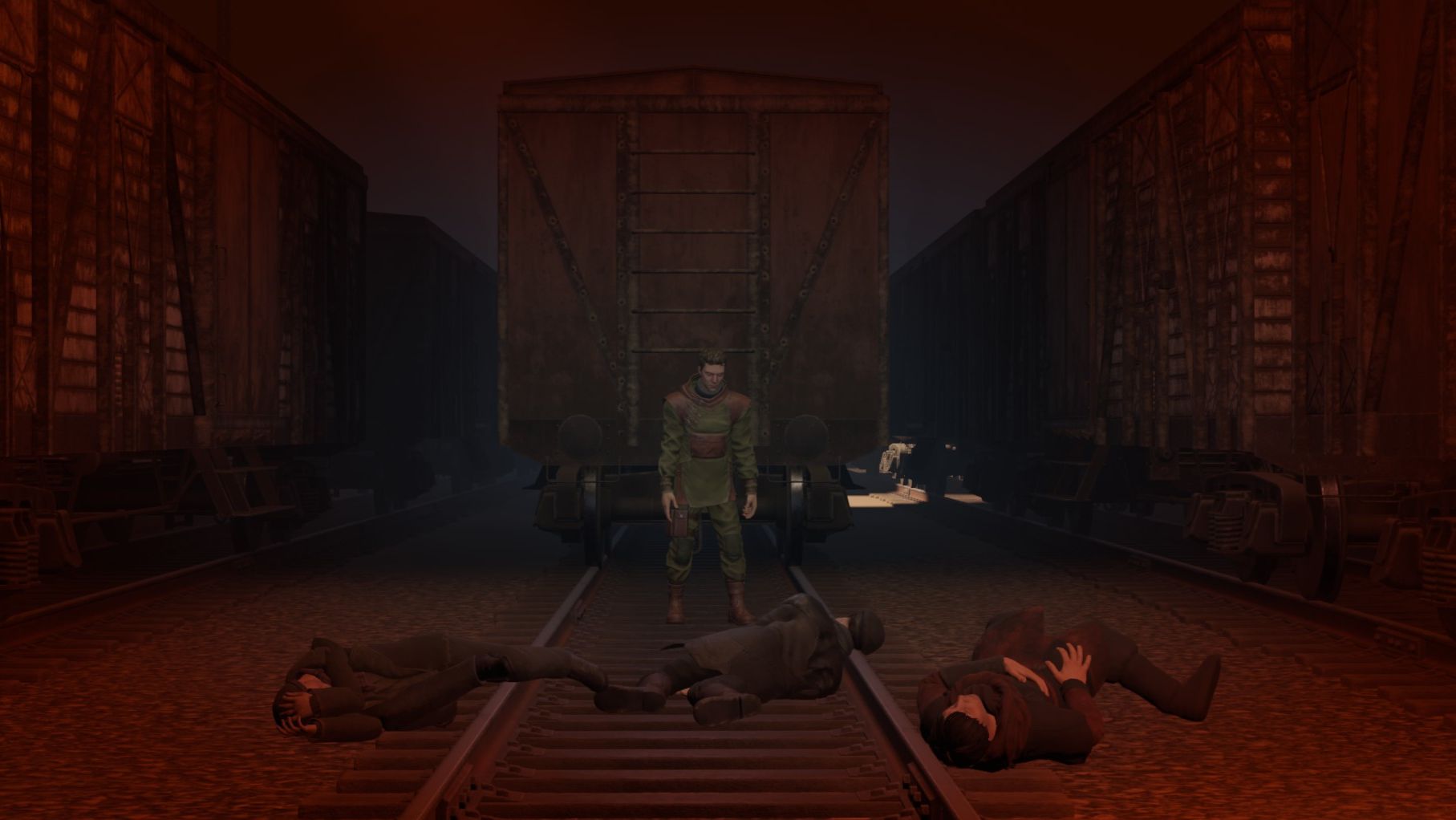 I can’t easily go back to test exactly how this works, given the game’s awful save system (something I didn't talk about in our Pathologic 2 review, but briefly mentioned in this week's podcast). But part of me would rather not know. Though this be smoke and mirror, it is a thick and fragrant smoke, a fine and shining mirror. That the game potentially waits for you to hang around this sorrowful, derelict track-end. Gives you time to stand and look and see that there’s nothing to do within the game world. Time enough to doubt. And then, to say the word aloud on a whim.

That is a thoughtful and frightening piece of open world creepiness-by-design. For all of Pathologic 2’s brutality, for all its meter-management tedium, it is sometimes very good at leaving you rattled and deeply unnerved.