I, like us all, have experienced times of acute stress in my life. I've had to retake all my A-levels, gotten a divorce, and undergone abdominal surgery that it took a month to recover from. I couldn't open doors or sneeze without being in pain.

None of this comes close to the experience of playing Cook, Serve, Delicious! 3?! with a broken keyboard.

CSD3 left early access today, and is a frantic time-management-meets-typing game. You, a chef (in this third entry, a chef for a food truck travelling across a wartorn, post-apocalyptic United States), must prepare delicious meals for extremely impatient customers. The food is put together by hitting a letter that corresponds to the correct ingredient, but these do not always follow the logic you would naturally assume. Carrot is A, for example, while chicken is K. It all happens very quickly, and when all your shit is working it is a fun but hectic challenge.

Unfortunately this weekend I, not known for having all my shit working at the best of times, decided to clean an ungodly amount of foetid fluff, crisp crumbs, and general unspecified matter ofrom my keyboard. I don't want to get into it too much, but stuff happened, things were dropped, and tiny bits of plastic were pinged off into corners. Now I have broken my F and R keys, as well as a good deal of the punctuation and the right shift key. I cannot pay my respects. I can't even spell 'respects' without difficulty.

The keys do sort of work, but only if I hammer them like I want someone in the next room to know that I'm angry, but no I don't want to talk about it. Everything you may have read by me this week was typed with the aggression of a dad attacking the scrambled eggs at a Travelodge breakfast buffet. I mean, look at how many 'f's there are in this article. I've had to type 'food' like, a bajillion times. 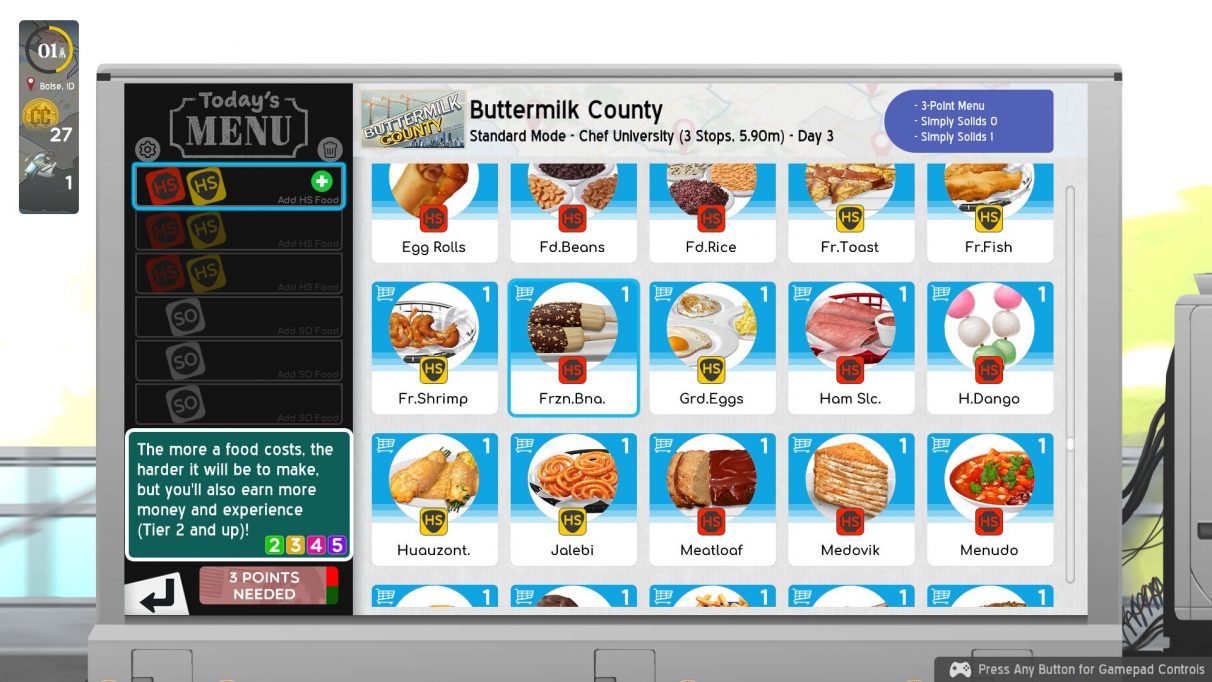 This makes playing Cook, Serve, Delicious! 3?! very difficult. The margins of tolerance become ridiculously slim, to the point where losing a fraction of a second can spell disaster across the whole board. As a result, I pick my menus based not on which items are the nicest (the CSD series is well-known for how beautiful and appetising its illustrations of foodstuffs are), or whether or not it makes sense to have soup and spaghetti - which both take a while to prep - on the same slate, but whether or not the recipes in question have a ucking ' ' in them.

On one of the early levels you have to create, like, a spring menu, and I put in French toast as I expected it to avoid using F, because bread is some other stupid letter like B or D or something. This was not the case. I didn't take any screens at the time because I was too busy furiously mashing my keys, so here is one from the practise mode, taken after I spectacularly failed the level in question: 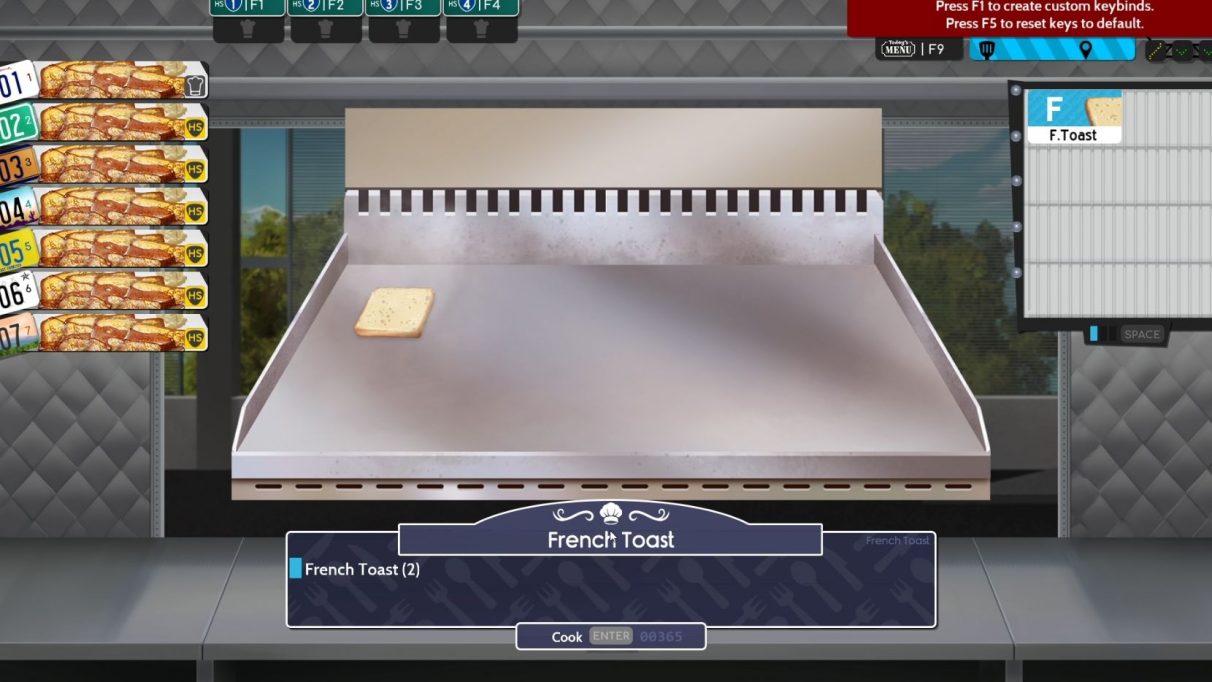 Today is brought to you by the letter F, as in F for TOAST. My thoughts exactly, you doughy little interloper.

Before I went under general anaesthetic for my surgery, I had an epidural to lessen the pain when I woke up. I suddenly stopped being able to move my legs. When I woke up, I still couldn't move my legs and also it hurt a lot. A nurse injected me with a load of morphine, and then, while I was thus 1) a captive audience and 2) extremely high, described how she had looked in on my surgery and seen my actual intestines, external to my body and moving around like snakes.

The feeling of strange, impotent panic I felt in that moment of time was nothing next to the feeling of staring at a wall of orders of dumplings that all needed an F to fold. Each slipping away to nothing as I took an extra one-point-oh-two seconds to make the fold. Bastards.