Premature Evaluation is the weekly column in which we explore the wilds of early access. This week, Fraser’s investigating eldritch goings on in action-RPG Lovecraft’s Untold Stories. Never heard of him.

Just when I thought Lovecraft had been mined to death, Lovecraft’s Untold Stories comes along and I find myself protecting giant penguins and blowing up pink blobs of toxic goo. You remember the giant penguins from At the Mountains of Madness, don’t you? Of course you do! They’re the best bit, though tragically underutilised. By giving them their time in the spotlight, Lovecraft’s Untold Stories fulfils its titular promise.

It begins rather conventionally, though: a note from a mentor, a spooky mansion, a cult up to no good. For a single level, it toes the line, cramming in all the familiar tropes. Then it starts throwing in gun-toting space bugs. It’s kinda Lovecrafty (I’m over Lovecraftian), just like it’s kinda an RPG and kinda a roguelike. 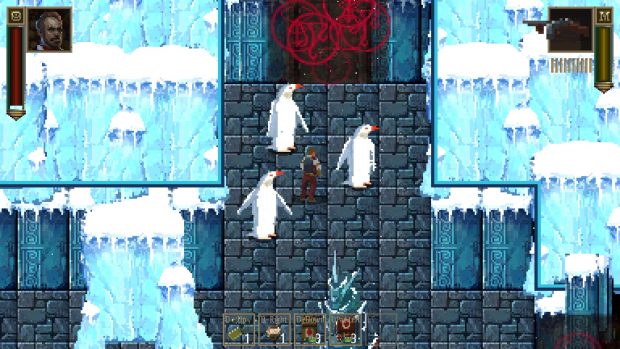 Lovecraft’s Untold Stories is trying to be a lot of different things - a shooter, an RPG, a roguelike, an adventure game - but it hasn’t yet revealed how it’s going to juggle all these different inspirations and genres. It’s barely any of them right now, let alone all of them. There’s no character progression, itemisation is mostly superfluous, puzzles are rare and simple, and death quickly becomes an afterthought.

Only in the first level is there a glimmer of the game’s ambitions. It might be the most predictable of the game’s five areas, but it’s also the only one that follows through on the conceit that you’re an investigator. You can study objects around the manor, learning more about the cult and the mythos, all while dodging traps and following a threadbare narrative. By the time you get to the final showdown in Antarctica, you’re just mindlessly shooting goo until you can find the boss. 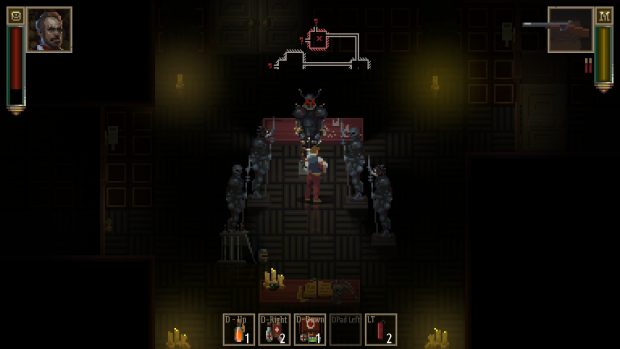 Each level is randomly generated, but the further away you get from the manor, the fewer elements the generation tool has to work with. It’s noticeable the moment you leave the manor and start exploring the hospital. The story largely vanishes and the rooms start to skew more towards fights. By the time it reaches the utterly generic, zombie-infested graveyard level, it’s already ditched almost every element beyond spraying everything with gunfire.

Lovecraft’s Untold Stories has 360 degree shooting, evocative of bullet hell romps, but it’s clunky and imprecise. There’s no key-mapping, and you can’t use the mouse to control your aim (that’s coming), so you’ll probably want to use a gamepad. Even when using the stick, however, shooting never feels comfortable. It’s probably a mercy, then, that enemies aren’t up to snuff. 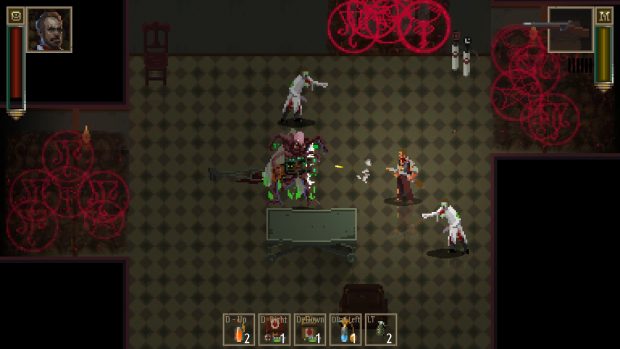 The cultists in the manor dart in and out of the shadows, using their erratic movement to confound and annoy; the space bugs (they prefer Mi-go) can be pesky thanks to their plasma pistols; but the rest of the menagerie of monsters conveniently march towards you, presumably sacrificing themselves for some dark purpose. All you need to do is drag them around the room, endlessly punching holes in them with your guns. If you’ve got the rapid-firing Tommy Gun, which you can get in the first level, the rest of the game is a cakewalk. Who needs accuracy when you have a machine gun and infinite bullets?

Developer LLC Blini Games says “brute force may not be the best solution”, but the game doesn’t concur. Even when it does briefly delve into the investigative aspects of Lovecraft’s stories, the clues and information you gather don’t seem to lead anywhere. Because rooms lock whenever there are enemies inside, there’s no way to avoid a fight, and the only way to progress through the levels is by killing the boss and hopping into their teleporter. Any snippets of lore you discover or observations your character makes just seem to serve as flavour. It’s still a far cry away from the game advertised on Steam. 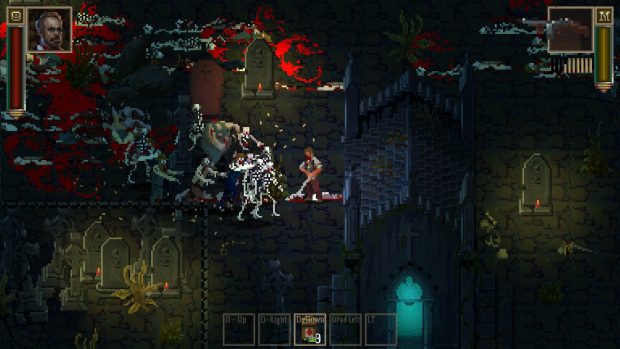 That game sounds like an action-RPG adaptation of the brilliant Call of Cthulhu tabletop game. You can almost make out hints of it, occasionally. Some of the interactions in the manor lead to a loss of sanity - it’s the price of knowledge - ostensibly making investigating areas a bit risky, but if there are any consequences, they’re completely invisible.

Like the tabletop game, different characters come with different skill sets. You’ll be picking from a premade roster, however, rather than making them yourself. Five are planned, but only two are in the game. The detective can poke around in fireplaces and investigate statues, using their natural deductive abilities to discover items or spot clues. The professor has to be unlocked by rescuing him in the hospital and sits squarely in the mad scientist part of the boffin spectrum.

The five levels go by quickly, especially if, like me, you skip most of the mines level by coming across the boss within the first five minutes. If you’re just here for the penguins, you only need to persevere for a couple of hours, though exploring every nook and cranny of the expansive maps might double that. 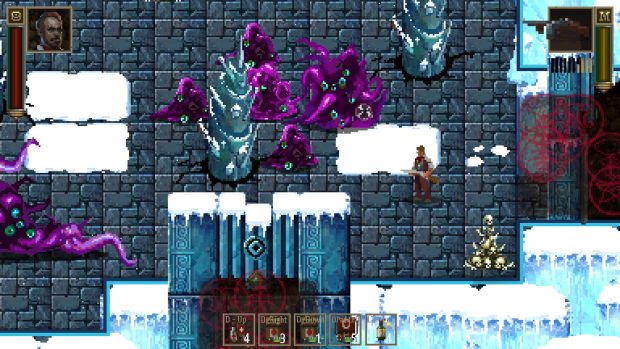 They’re an odd bunch, the penguins, and not just because they’re massive. Aside from the shopkeepers, every living and undead thing in the game wants to kill you, but then these penguins show up. They just stand around or aimlessly waddle, minding their own business. If you attack them, they’ll just let you. They do have a defence mechanism, however, and it’s horrific. Every time you hit them, they scream and grunt, not like penguins, but like humans. Lovecraft’s Untold Stories lulls you into a false sense of security with its mostly banal horror, and then boom! Penguins screaming like people.

I can still hear them.