If you click on a link and make a purchase we may receive a small commission. Read our editorial policy.
Premature Evaluation is the weekly column in which Steve Hogarty explores the wilds of early access. This week, he's desperately trying to avoid soiling himself in Mist Survival.

Of all the different forms of precipitation, mist is by far the spookiest. Mist is the last thing you want to see wafting out of a sepulchre, or coiling ominously around an abandoned log cabin on a moonlit night. Fog – very much the Paul Chuckle to mist’s Barry – will do in a tight spot, but to really get your intestines pumping with fear enzymes, it’s just got to be a creeping layer of good old-fashioned mist entwining itself around your bare ankles like the ice-cold fingers of your restless ancestors. (For the record, the least frightening form of precipitation is hailstones, which if they were to come flying at you from out of a crypt would be more confusing than scary.)

Mist Survival is the latest in a long line of cultural works that lean into society’s unaddressed fear of bad smoke, joining Stephen King’s The Mist, the entire township of Silent Hill and that Halloween episode of The Simpsons with the fog that turns you inside out. The game sits slap bang in the middle of the Venn diagram of early access genres, merging zombies, open world survival and crafting, and setting the result in the increasingly ubiquitous location of an indistinct and sparsely populated North American woodland area.

Armed with nothing but your fists, a bottle of Evian and a tin of fruit chunks, you must seek shelter and resources, constructing the tools and equipment needed to survive nightfall. Besides the realistically pitch dark evenings, during which you can’t see as far as your own fists, you have to contend with the frequent appearances of the titular mist. When the smoke rolls in it brings with it strange, skulking horrors who chase you down and claw at your face until you’re dead. In practice they’re easy enough to avoid. There’s plenty of existing shelter in the form of abandoned houses, cabins and trailers, and the mist floats in so politely that you’ve plenty of time to get indoors and find a nice corner to take a peaceful nap in, while the roving Lovecraftian nightmares do their thing outside. 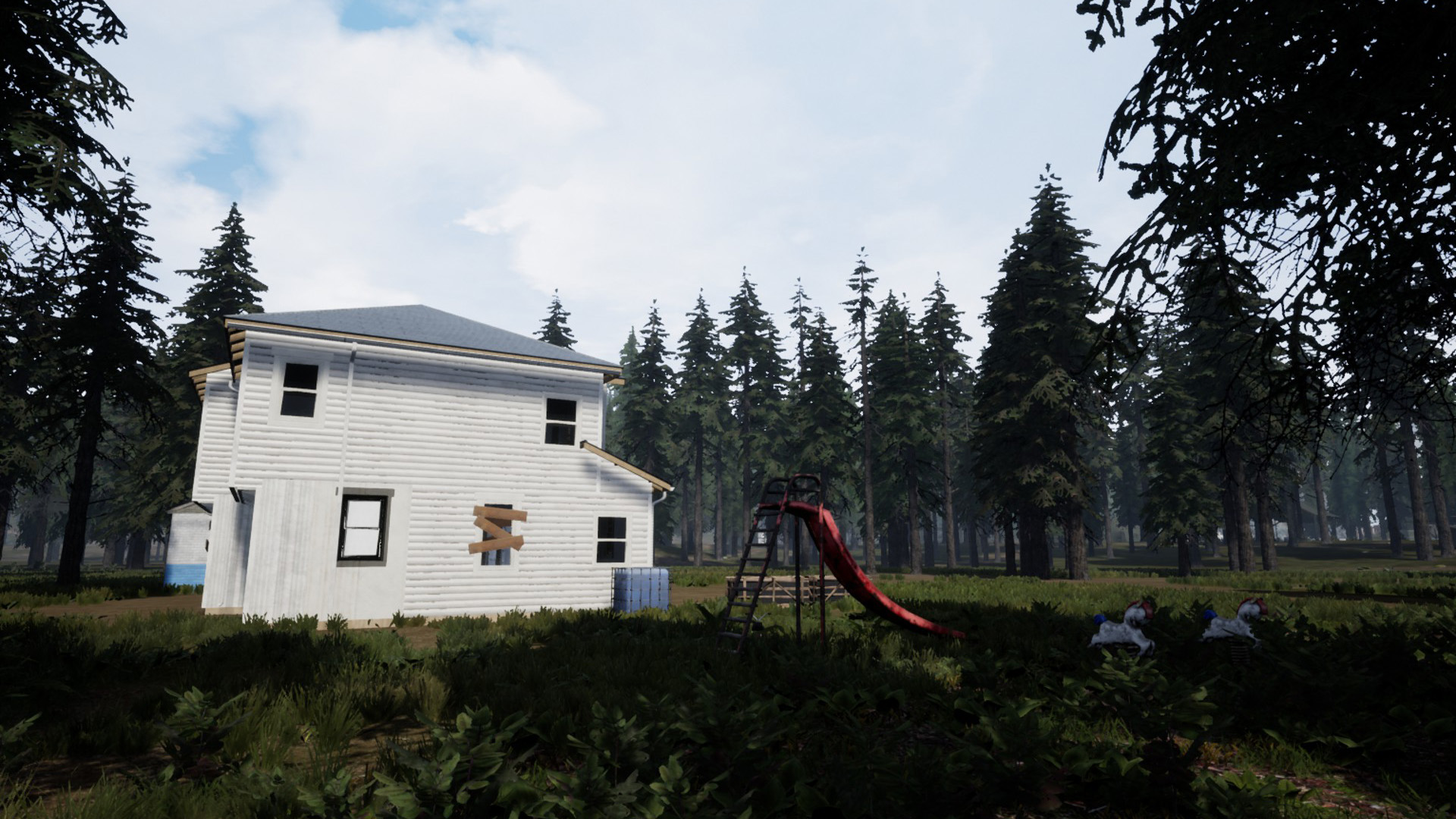 As ever with this kind of bleakly realistic survival simulator, the real danger comes from within. Your treacherous human organs demand constant attention, requiring sustenance, triage, hydration and rest. There are a litany of health bars, hunger-o-meters and thirst levels to keep topped up with cans of beef and Coca-Cola. The kinds of things you can craft and build reflect this roster of insatiable biological needs: drying racks for curing raw meat and animal guts, grills and campfires for cooking, stumps for chopping firewood, furrowed ground for farming crops, and water purifiers for filtering dirty lake water into something that won’t make you eject your stomach contents out of your arse at three in the morning.

(This last example is only a slight exaggeration, by the way. If you glug directly from a lake in Mist Survival, you’ll be woken up in the middle of the night by a shiny new “food poisoning” badge on the HUD, which I choose to believe is a polite euphemism for your rebelling guts having unceremoniously escaped down your trouser leg in your sleep.) 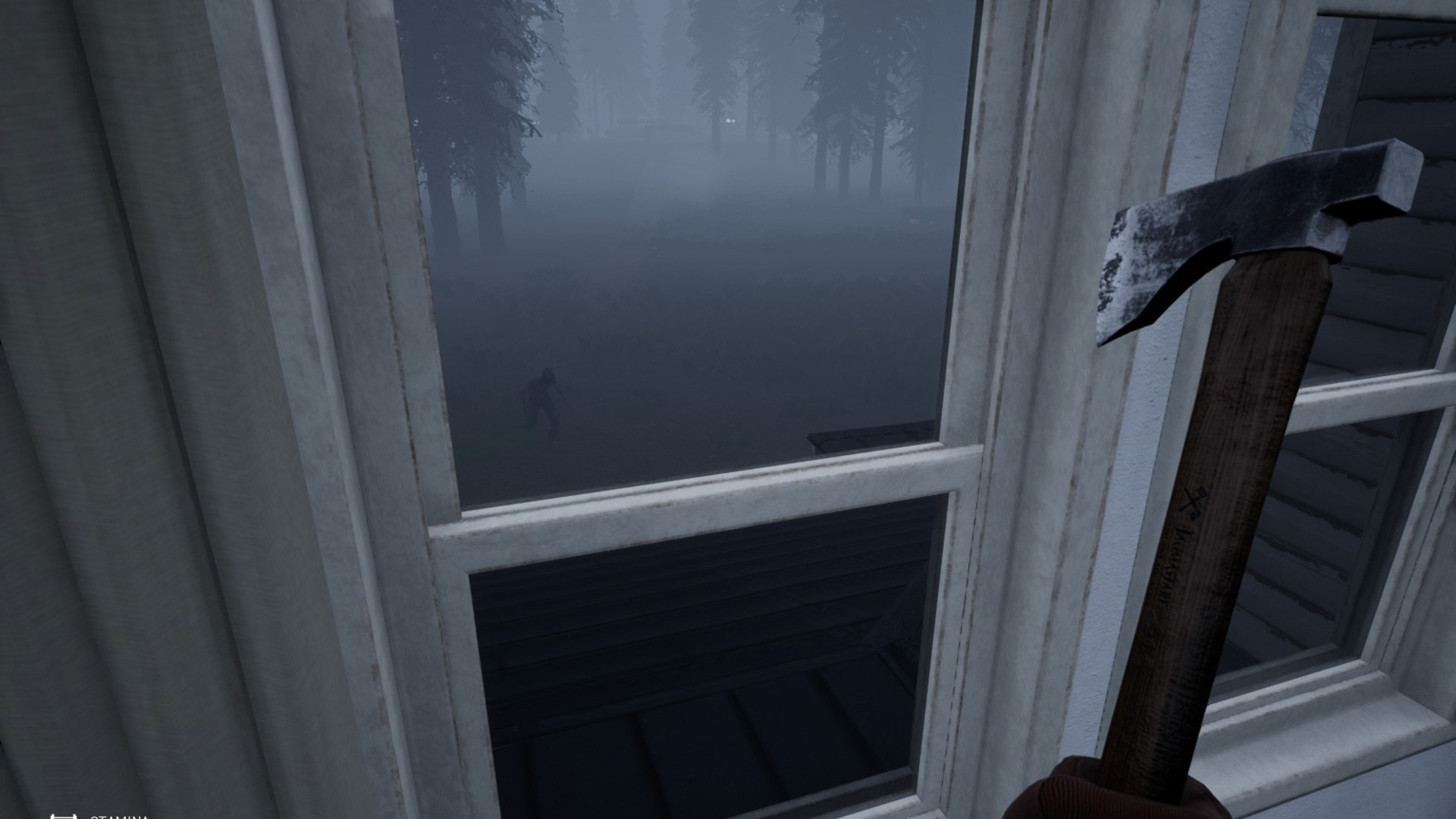 As of the version of Mist Survival I’ve been playing, your body’s various needs deplete nice and slowly. You can nearly always find enough food and water to sustain yourself as you explore the vacant motels and evacuated military bases that dot the landscape, foraging for the materials required to improve your base. But it’s tough to shake the sense that we’ve done all of this before. You click over and over again to swing your wooden axe at a familiar looking spruce pine, dumbly watching the progress meter crawl upwards until eventually the tree topples over and turns into a series of collectible logs, bark, leaves and branches. You poke around the same model of kitchen cupboard you’ve seen in the last three houses you’ve explored for the one remaining item you need to craft a cooking pot.

There is usually a secret sauce that makes this kind of foraging loop compelling, a finely tuned balance between the scarcity of resources and the material requirements of crafting objects, or the graduated risks involved in retrieving rare materials, but Mist Survival doesn’t have it. Perhaps I’ve grown cynical, having punched ten thousand trees in ten thousand realities to build ten thousand wooden benches for twenty thousand simulated arse cheeks, but Mist Survival suffers by not diverting from the tired resource-gathering formula set out by countless other games in the genre. The plain presentation and muted aesthetic, while lending the countryside an air of gritty atmospheric realism, only helps compound the grim sense of that you’re surviving for the sake of survival. 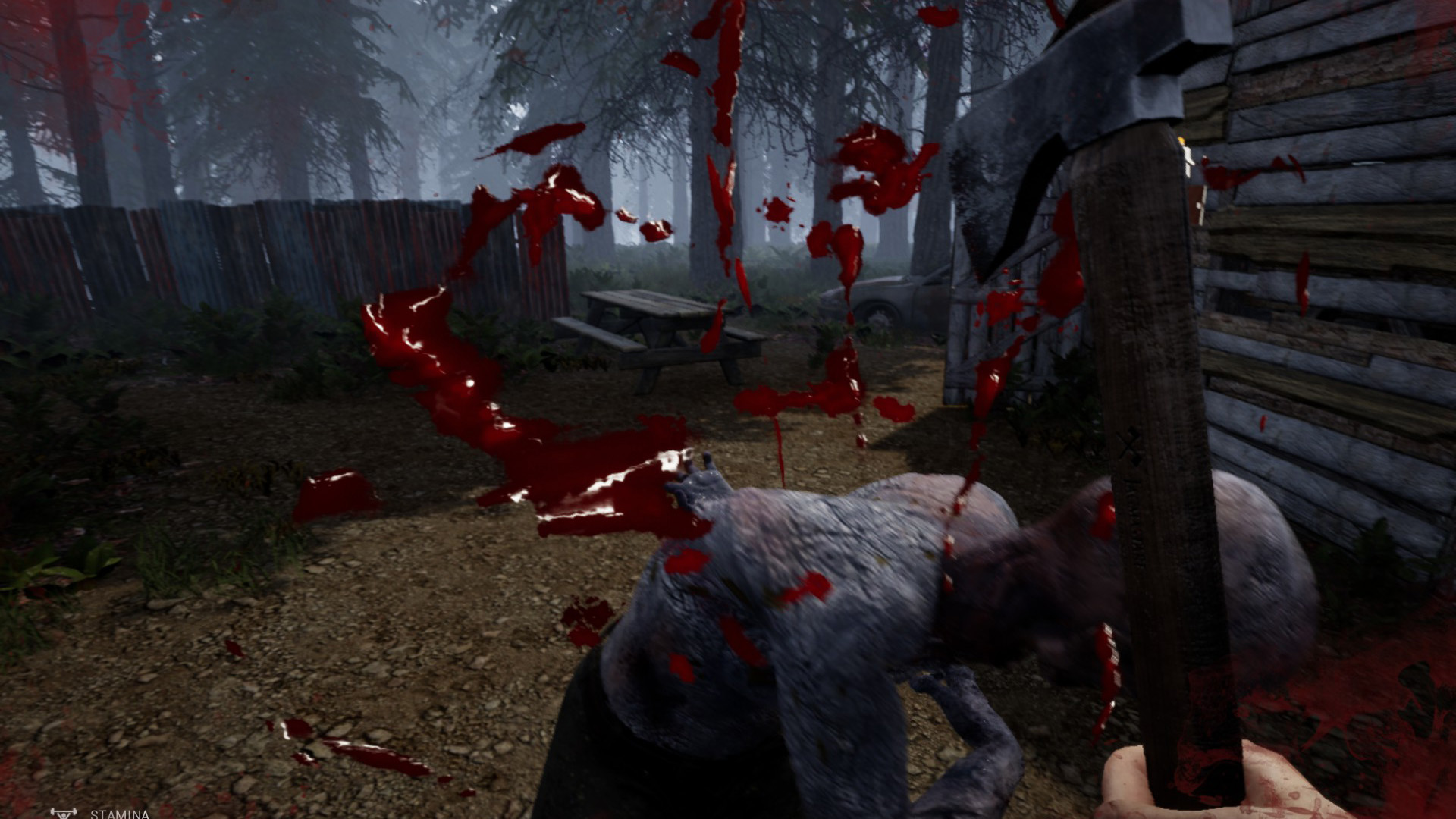 Bandit camps help to mix things up, although the shonky AI is somehow simultaneously too challenging and not challenging enough. I’ve been sniped by distant enemies I hadn’t even spotted, and I have also strolled around those same camps unchallenged, sauntering up behind oblivious baddies and pressing F to execute them. That their various high-powered weapons evaporate into thin air as soon as they die is an incongruous thumb on the scale by a developer who otherwise strives for realism.

You can recruit survivors to perform some basic tasks back at your base, and repair cars with spare parts so that you can more easily get around the place. Both are thinly sketched features that if expanded upon in later versions could help define Mist Survival as something more than yet another apocalypse simulator. But this early access version is still way too generic a survival game to recommend, and lacks any compelling reason you shouldn’t simply give up scrounging for scraps of comfort and instead find peace by strolling right into that lovely, haunted mist, to be torn limb from limb from the corrupted hordes that reside within.