If you click on a link and make a purchase we may receive a small commission. Read our editorial policy.
Premature Evaluation is the weekly column in which Steve Hogarty explores the wilds of early access. This week Steve sinks his teeth into Pandemic Express - Zombie Escape.

Pandemic Express is a game about a bunch of humans escaping a bunch of zombies. The humans, who all resemble French mimes in plague masks, are attempting to board and pilot a train to freedom. The zombies, who all resemble horrible goblins who’ve crept out of a Hieronymus Bosch painting, are out to stop them, using their fangs and claws to monch and clonch the humans to death. Zombies can respawn forever, and dead humans turn into zombies, so games last until either everybody is a zombie or at least one human has made it out of the map with their precious humanity intact.

It’s a thirty-player game of online zombie tag set in what appears to be an eastern European ghost town, and played mostly by (as far as I can ascertain from my time with the early access version) one untethered Russian teenager who flies into a primal rage when the zombies successfully stop the train. Pandemic Express feels rough-edged, goofy and unhinged, like that one really simple zombie mod for Counter-Strike: Source that gave the enemy AI knives, and had them swarm around the map with a singular mind to hunt you down and stab you to ribbons. 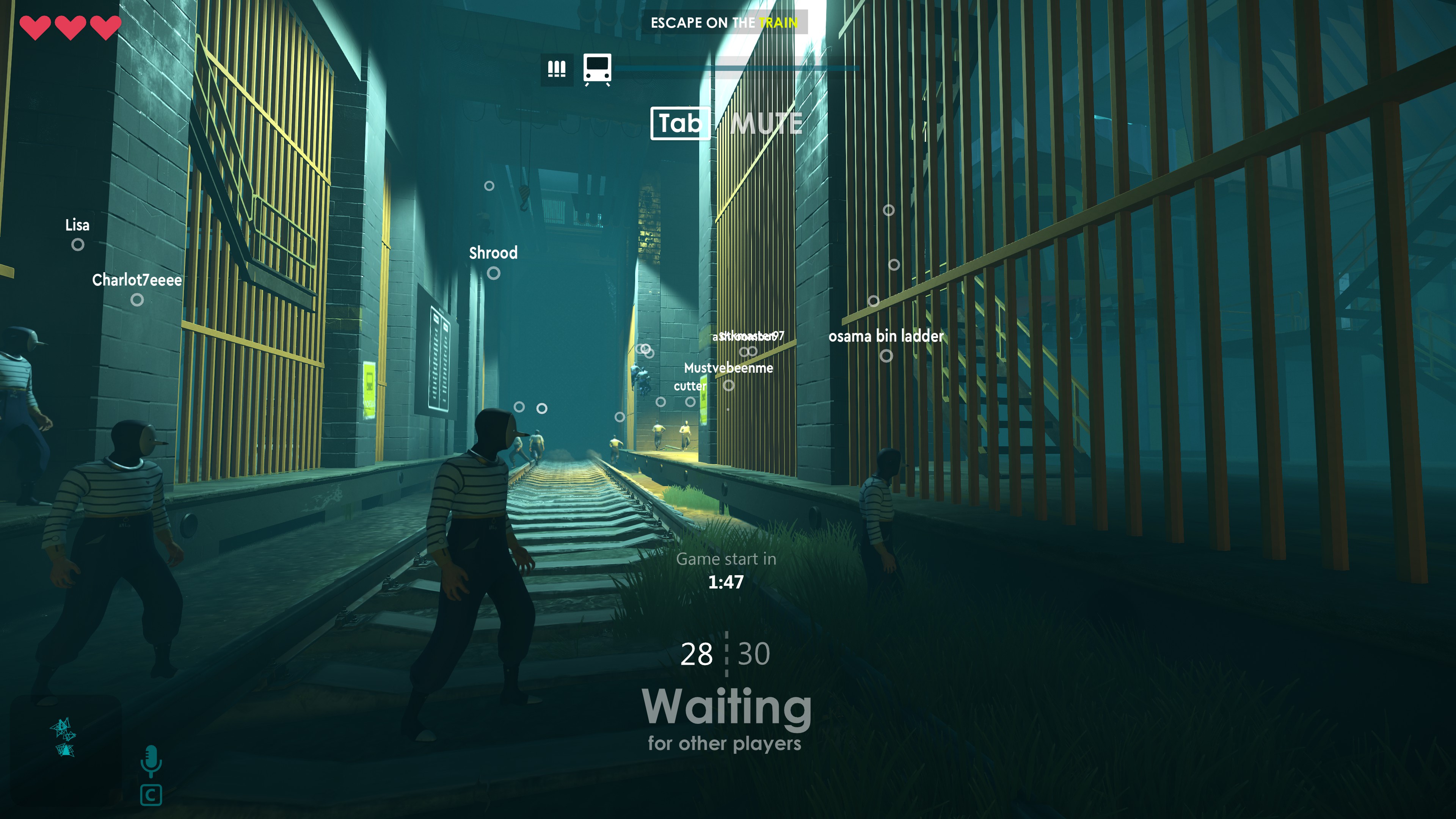 Each round begins with the humans holed up in a waterlogged depot somewhere on the map, with a three minute warm-up timer ticking down to the fateful moment when one of them becomes an infected zombie player and the others must either run or hide to avoid being turned themselves. Everyone’s favourite characters make an appearance during this brief, time-honoured tradition of waiting for the game to start. There’s the one guy who keeps following you around the room and meleeing you in the face, as though you’ve somehow personally offended him. There’s the person practicing crouch-sliding in a corner. There’s the player who’s figured out how to climb the walls of the room by standing on a cardboard box, and is now demonstrating his mastery of the gameworld by glitching across the ceiling. And then there’s the guy who doesn’t realise his microphone is on, and breathes so heavily and with such duress that you begin to feel a sympathetic tightness in your own chest, like you’ve been cursed, like you might suffocate and die right there at your desk.

And then, just as if one chicken in a packed coop had spontaneously polymorphed into a fox, there’s a zombie in the room and the depot gates are thrown open. Desperate human players huddle in corners, piling on top of one another behind various bits of scenery, before everybody bolts and leaps into the darkness like a tipped over box of frogs. It’s a generously sized open world, with a few vehicles to pootle around in, underground sewers to fall into, and buildings to hide inside. A shimmering, battle royale-style veil closes in as the round progresses, reducing the size of the play area and focusing the combat on the objective. 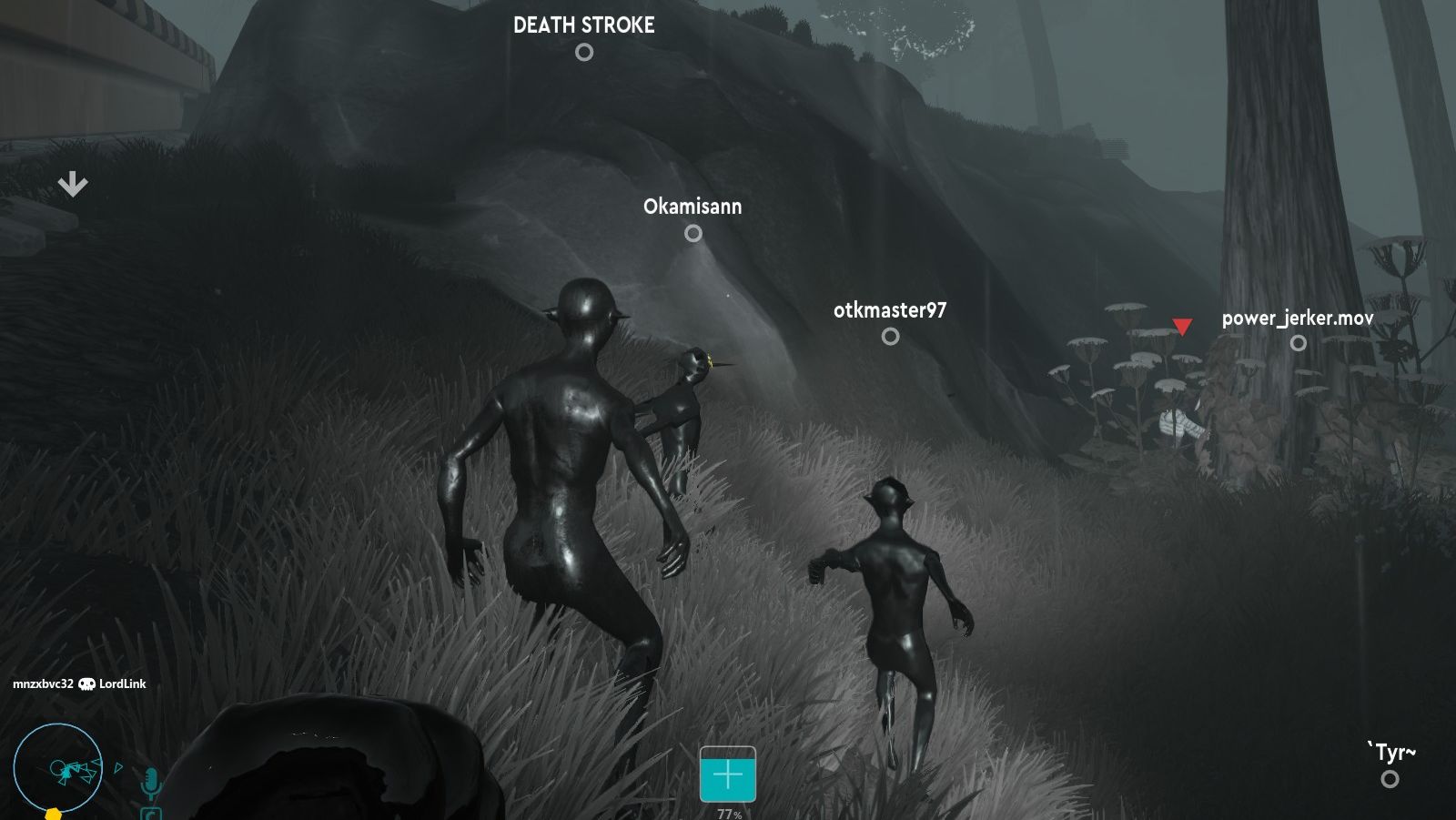 Around the map are airdropped supply crates, with pistols and shotguns and rifles of varying degrees of quality. If you’re still human, you head for these loot crates, as guns are better than fists at killing zombies. If you’re a zombie, you’re typically racing after the nearest human you can see, swiping madly with your zombie claws and trying to grab hold of your prey. A preferred tactic is to get near enough to a human to grab them, before hoying them into any nearby lakes, where they’re slower, weaker and more easily subdued by your inexplicably hydrodynamic zombie friends. The floaty, springy, boingy physics engine can be readily exploited to catapult and slingshot yourself around the level, with one or two especially proficient players using weapon recoil to launch themselves over buildings and out of harm’s way.

The pacing of each round is shaped by moving spawn points. Once the surviving humans board the train it begins to dutifully trundle along the track, picking up pace as more and more players hop on, while the zombies begin spilling out of whichever nest is next down the line. For the humans, it gives the sense that the horde is always approaching from the front of the train, where it’s most difficult to clamber aboard. At the back of the train the carriages dip lower to the ground, allowing zombies to climb up and start murdering any inattentive humans from behind. It’s a clever use of a sprawling map that initially feels too big for its own boots. The physical shape of the locomotive combined with the shifting zombie spawn points along the track creates a kind of rolling siege-on-rails, as the embattled engine charts its doomed course all around the landscape. 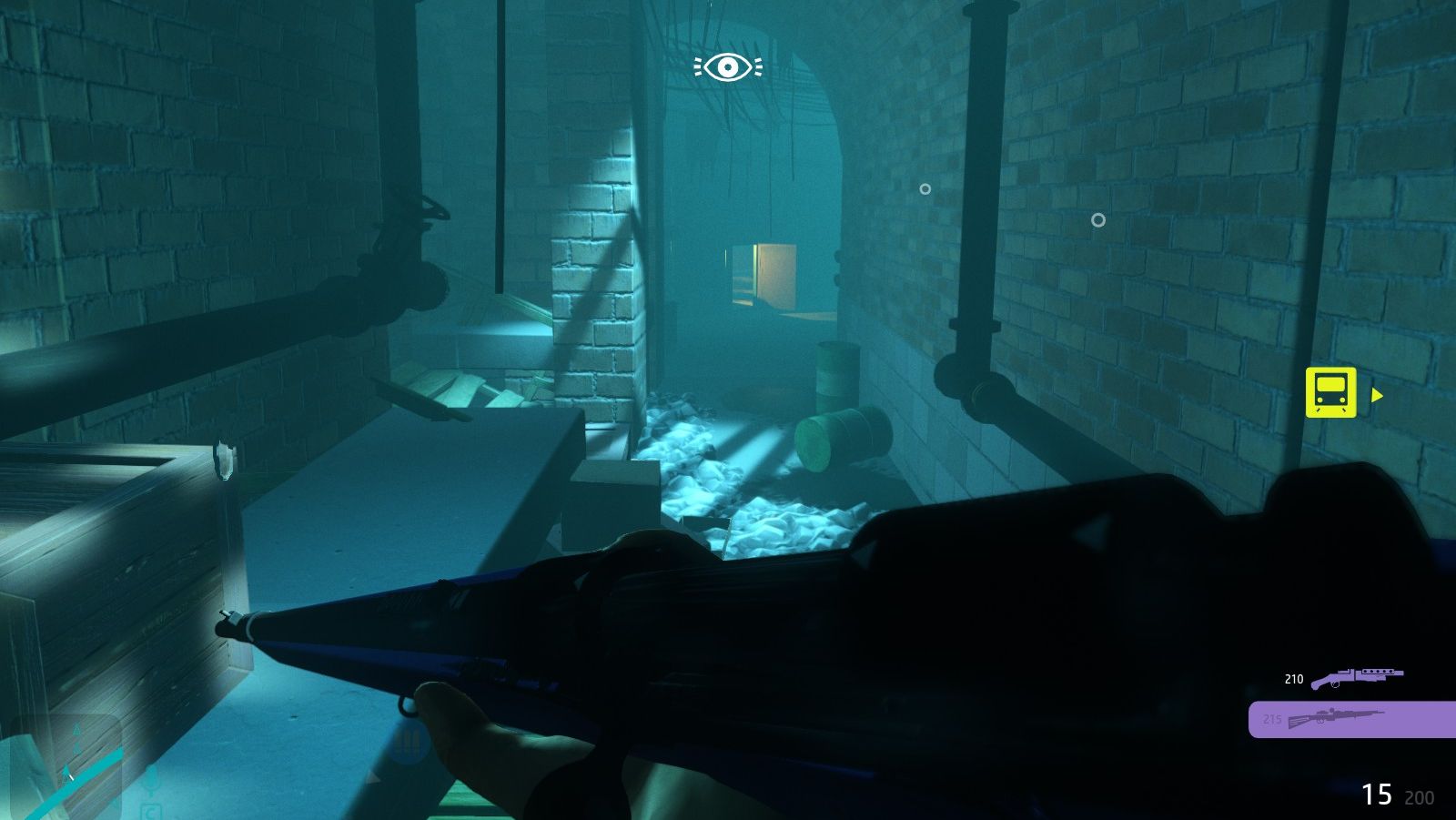 Or that’s the idea, at least. Balancing is all topsy-turvy doo-wacky for now. For instance, every couple of respawns a zombie has a chance to pick up one of two superpowers. The first is straight-up invisibility, which isn’t much fun for humans to counter. The second lets you disguise yourself as a human player, infiltrating their ranks before exploding on command like Left 4 Dead’s Boomer. Right now, zombies explode with all the force of a tactical nuke, obliterating dozens of nearby humans in one glorious, all-consuming blast. It’s more than a little excessive, and just one aspect of the game that the developers at Tallboys are repeatedly tweaking, in search of striking a happy medium that keeps the game enjoyable for both sides. In the game’s current state, and to the endless annoyance of at least one Russian teenager, the zombies seem to handily win every round.

But this is early days. There’s only one mode to mess about in (with three more of them hiding behind locked icons on the menu screen) and what should be more of a team-based game currently feels like a strategy-averse war of attrition. But with time, and with zombies that don’t explode quite so dramatically, Pandemic Express may be on course to become the spiritual successor to a Counter-Strike zombie mod you never knew you wanted.