My ten-year high school reunion was last year. I didn't go, obviously, because I am too cool and also I live something like 3,000 miles away from my old high school. I don't know about you, but I don't super love remembering who I was in high school. It's a truly terrifying time: the searing tension between becoming an independent being and desperately needing reassurance from your parents and peers that you're doing a great job at becoming an independent being. But you know, not in an embarrassing way mom. Growing up is hard, and it never really seems to get easier.

Here are games about growth for your new decade.

When I was in high school (back in my day!) it was AIM -- AOL Instant Messenger -- that kept the teens in communication. Late nights talking online, the sound of a creaking door to signal that a friend was available to chat, and lyrics-as-away messages were de rigueur. I don't use AIM to keep in touch with folks anymore (I wonder what happened to all those chat logs?), or GChat, and I don't even use Facebook Messenger. Frankly, I don't think I want anyone getting in touch with me. Least of all anyone from high school. Cecile Richard's latest Bitsy game, Endless Scroll, takes a look at what it means to remember the person you were at 17 (or 17-adjacent).

First published by the Australian literary journal, Voiceworks Online, Endless Scroll follows a conversation between two people talking about their memories of high school, both fractured and coloured by their new interpretations. Richard is a skilled writer, and proven Bitsy dev mainstay (with previous games like Novena). "There's more to life than being a teen," they write. But god, is it hard to forget. 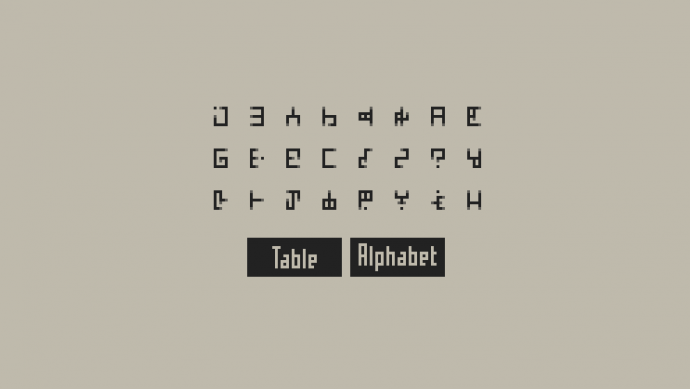 I really love the procedural generators watabou makes -- I wrote about their procedural mansion generator, for example, here. I can't believe I didn't write about their One Page Dungeon Generator, which you can find here and is also brilliant. Here, I bring your attention to Rune Generator -- a procedurally generated runic alphabet. The generator will endlessly supply you with alphabets (or "tablet" displays of runes to be deciphered) without any repeating characters. I find myself enchanted and delighted by these sorts of projects; imagining the secret life I could lead if only my innermost secrets were kept in code. Or, perhaps, I could use it as a TTRPG supplement for a group to decode. Maybe, instead, I can think about the community who invented this language and the origin of each discrete symbol. Or, I refresh the page again.

your tree is a game about a tree. I assume, based on the title, that this tree is your tree, and it's growing. As it grows, you can prune its branches, which affects its overall shape. The tree continues to grow, taking on all sorts of different shapes and patterns. It's a sweet little game, and it's fun to see what sorts of arrangements can be made out of pruning the tree at different stages of its growth, and in different areas. I let the tree grow for the entire time it took me to write this article, and it started to take on the shape of a weirdly leafy brain. I hacked away at its insides until it resembled something more like a fan.

Droqen has a bunch of small playable things on their itch.io page, and your tree was an instalment of a ten-part series, MAKE 10 PLAYABLES!

This game about being moss was originally a part of The Zium Garden, a gargantuan selection of games from independent developers in 2018. Eggermont's game was inspired by Herbert Bayer's land art, the Marble Garden, which explores the movement of light and earth in a dynamic space. The game itself is a pretty spectacular replica, keeping to Bayer's original design of plinths and stones and geometric shapes. Where Bayer's original piece likely anticipated human intervention, Anywhere the Moss Grows goes a more organic route. You press on as moss, moving across the tiles floor and up the partitions. The sun moves across the sky, implying the coming and going of days and days and days. There's not a whole lot of pressure involved in being moss, crawling around some land art. (I'm clearly a fan of games which explore the ongoing life of moss.)

Haunted Garage is a peculiar and charming point-and-click (drag?) game about getting the band back together. I hope you make some sick tunes on your guitharp and automatic hi-hat.