For most of my life, I've been cyberpunk ambivalent. I like speculative fiction just fine, but I feel like if there are Fantasy People and there are Science Fiction People, I am firmly in the former camp. I've never truly vibed with fiction revolving around spaceships, computers, and dystopian futures, but I never could really articulate why. Transmetropolitan? Tried it. Blade Runner? Eh. Shadowrun? Never stuck.
.
You'd think that not having a clear-cut opinion about cyberpunk would be something easily put out of my mind, but I'm a writer and an academic -- careers for which articulating an opinion and settling ambivalence is sort of the name of the game. And cyberpunk has been on people's minds a lot the past few weeks (for no real reason at all, I'm sure)

So, here are some games to think through cyberpunk. 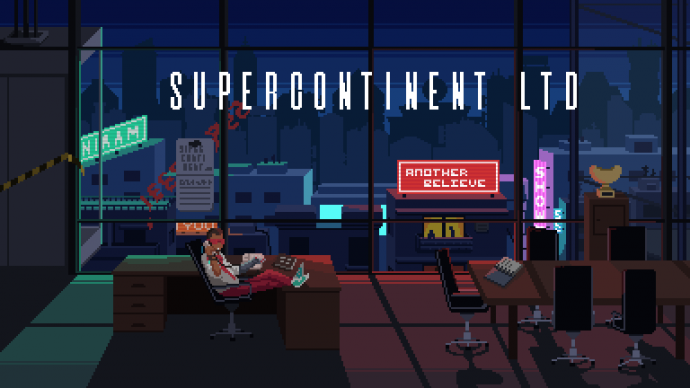 I'd be remiss if I didn't include a game from Deconstructeam. We've covered this independent studio out of Spain more than a few times, and with reason. The games? They're good. I've already covered Zen And The Art Of Transhumanism, 11.45 A Vivid Life, and My Dear Substance of Kin. If you haven't played them yet, I suggest giving them a go. I've yet to play their cyberpunk narrative game, The Red Strings Club, which combines and polishes a few of their other games, but it's on my shortlist.

In Supercontinent Ltd, landline phones are a thing of the past, except for a select few lowlifes and romantics. Due to their scarcity, they make the perfect communication system for hacker networks. Here, you have to use your retrofuturistic 80s noir detective skills to deduce phone numbers, passwords, and allegiances in order to succeed. I love the idea of landline phones being a central mechanic, and the puzzles are just enough to make me feel clever. 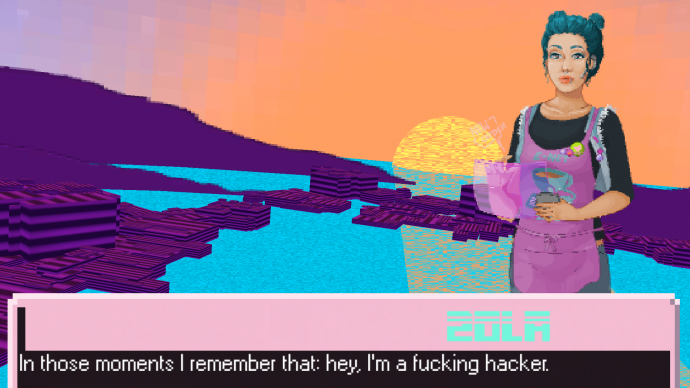 In the visual novel Holoscope, you assume the role of Xena Santiago, "betamax rental girl by day, fabulous hacker by night." When your monthly rent payment comes up short, you realise that it's time to return............ to the cyber streets. "You've got one evening of server breaking, sweet talking, and black market deals to get what you need. Are you up to the task?" I am! I am!! This femme hacker narrative adventure is vaporwave-delicious.

I love Holoscope's attention to detail and its counter to every stereotypical cyberpunk aesthetic cue. There's no grizzled white dude with a beard trying to hack his girlfriend, nobody wears a trenchcoat, and the underlying theme of embodied survival of the marginalised in a class war is enduring. The glitchy-cute 90s hacker vibe is strong, and even the pink/cyan dystopian industrial future manages to be alluring. It's funny, it's feminine, it's weird, and there's even an uplifting ending. If it interests, the team behind the game also wrote an accompanying zine called "Welcome to Cyberspace," which has similar aesthetic appeal.

In the cyberpunk-branded media I encounter, a significant amount of attention is devoted to the sweeping dystopian landscapes: shipping containers turned into houses, rust eating away at their corners. Huge mega-skyscrapers cresting a sea of neon billboards, lofting some shadowy neo-corporation into the sky. The barren wastelands of what Earth used to be before the credit-hungry cyber-capitalists got to it. This is what makes Recursion so refreshing.

Recursion was a double-whammy submission for two different game jams -- a Cyberpunk game jam and the Bitsy One Room jam. In this game, you are a robot sitting at your desk and staring at your computer. The game takes place entirely at that computer desk, interacting with the small things in front of you. It's a sweet, small domestic scene -- entirely needed in the cyberpunk genre. 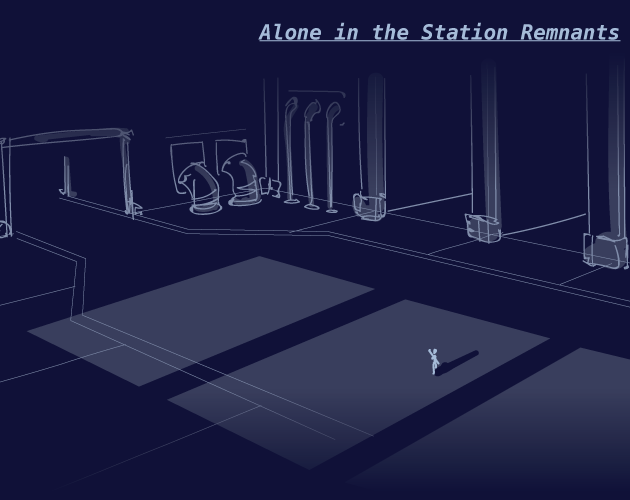 This might be opening up a whole can of worms but uh... what does the Venn-diagram between cyberpunk and mech-aesthetic look like? While playing and researching and digging through all manner of games tagged "cyberpunk" for this week's column, I kept coming back to the same question: What are the prevailing feelings in cyberpunk and how is that embodied? For a genre which is purportedly rooted in postmodern neonoir, anticapitalist nihilism, and transhumanism, I find very little "traditional" cyberpunk which offers a satisfying answer to the question of embodied feelings. There's got to be more to the cybernetic future than hardwired determination or bitterness. The above games make these possibilities clear in explicit cyberpunk settings, and the Sad Mecha Game Jam makes me wonder what else cyberpunk could be (even if the mech/cyberpunk status is... vague).

I previously covered the games Going Through the Fully Articulated Motions and All My Exes Are In Mechsuits, so I'm turning my attention to two other games from the jam: Alone in the Station Remnants by Caro and Beyond Reach by Annie Johnston Glick. The games here articulate love, romance, and relationships into compelling and moving mechanics. These games make me believe that machinery can be romance.

Cyberpunk has indelible roots in a robust literary and cultural history -- but I believe that it has to mean something new when we work with it now. A genre built around scathing criticisms of late capitalism's relationship with minoritised communities and technology has to look and behave differently in 2019 than it did in the 1980s. I think my relationship to cyberpunk is evolving with the help of the games I've played here. Maybe I have an opinion after all.